Female gambusia are generally found up to 60 mm and males 35 mm. Mature females have a characteristic large black blotch just above the vent (see image). 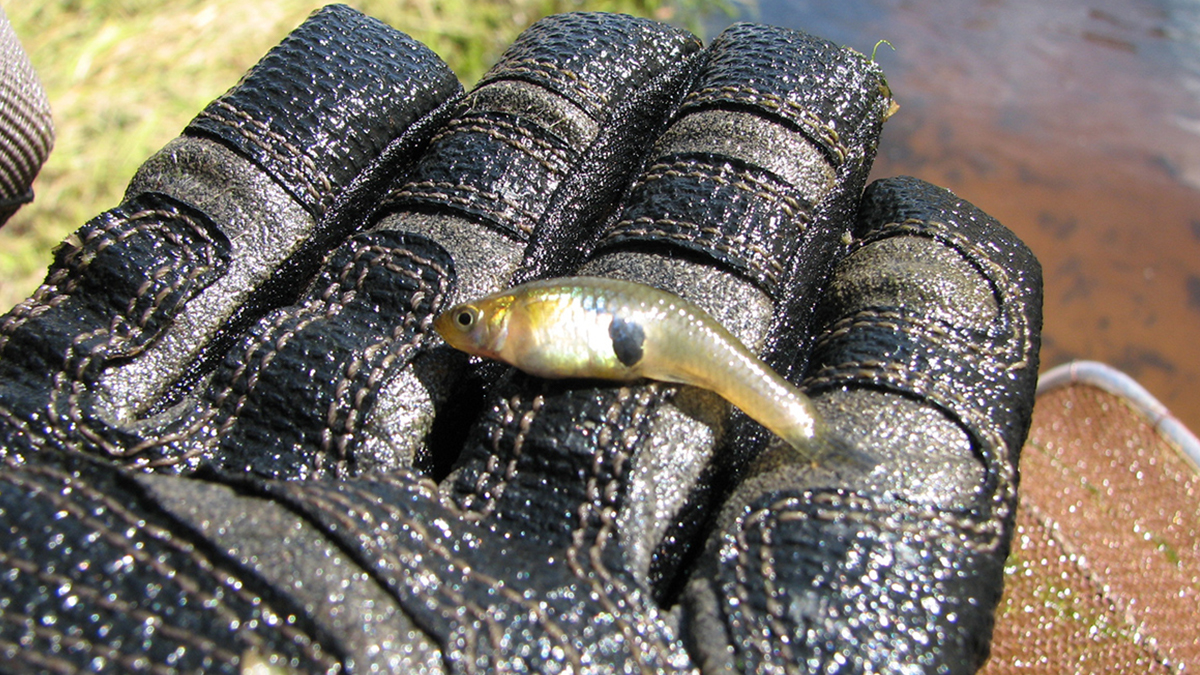 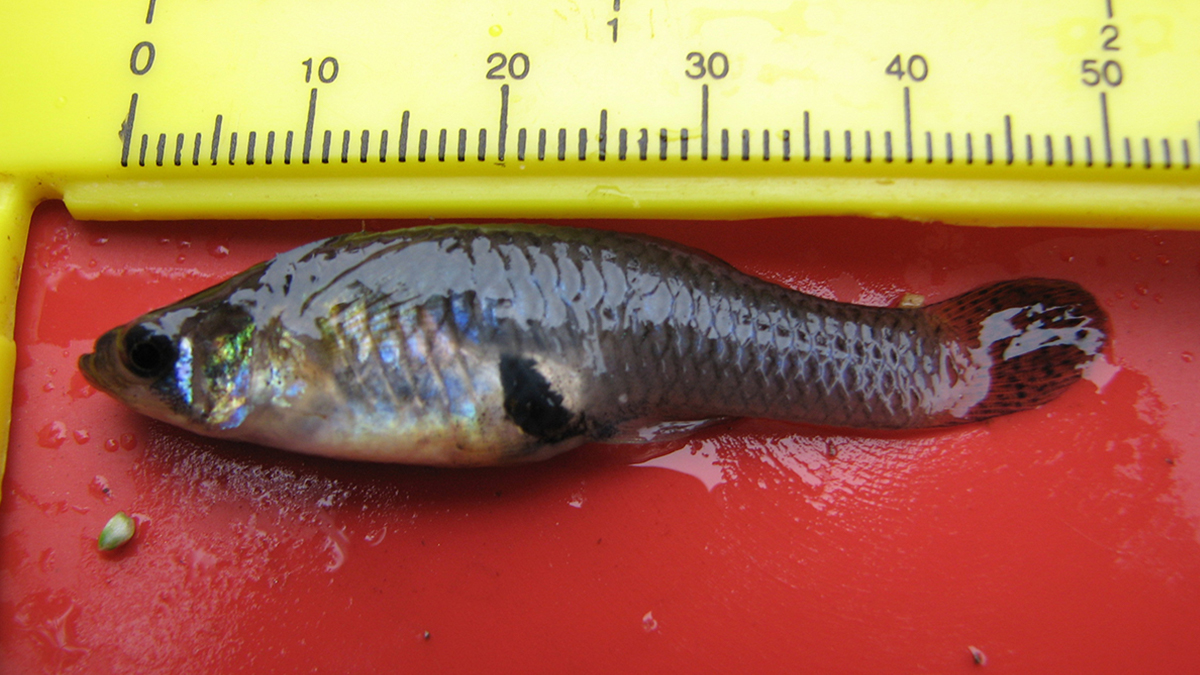 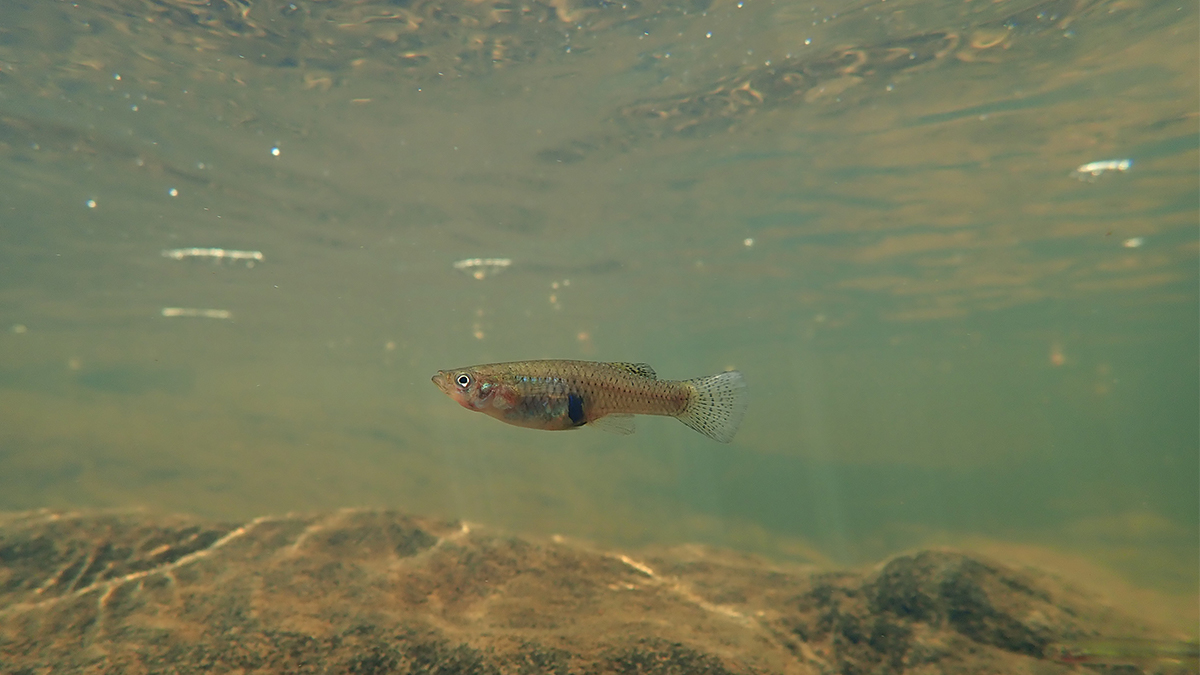 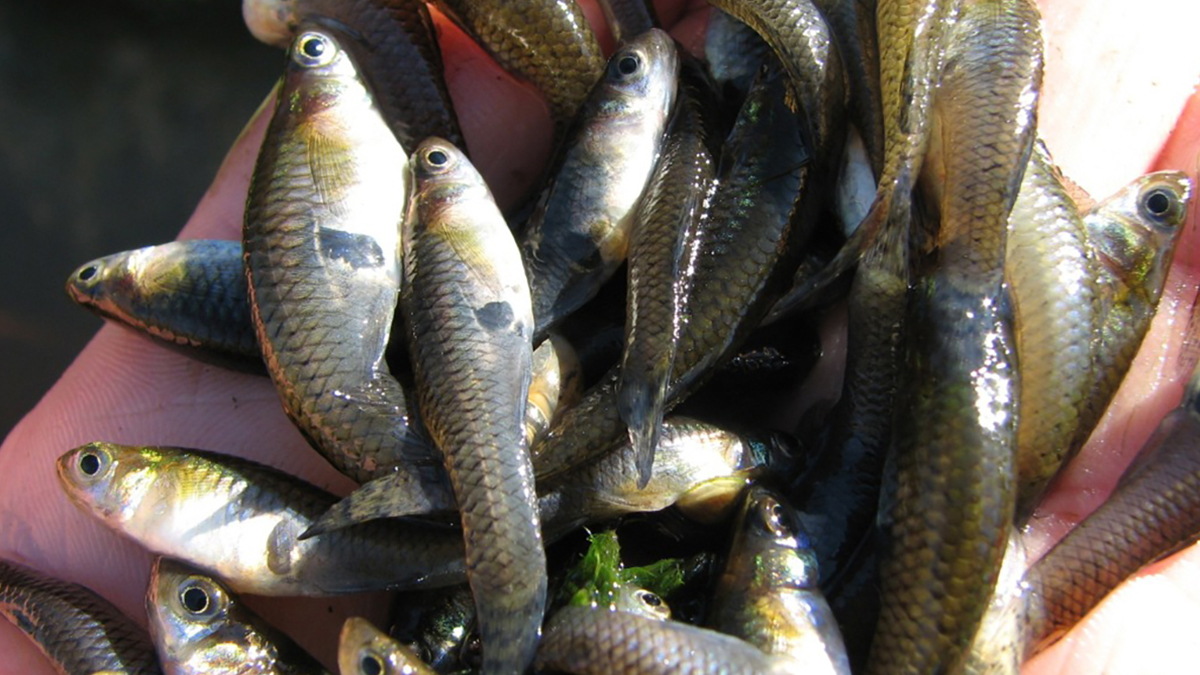 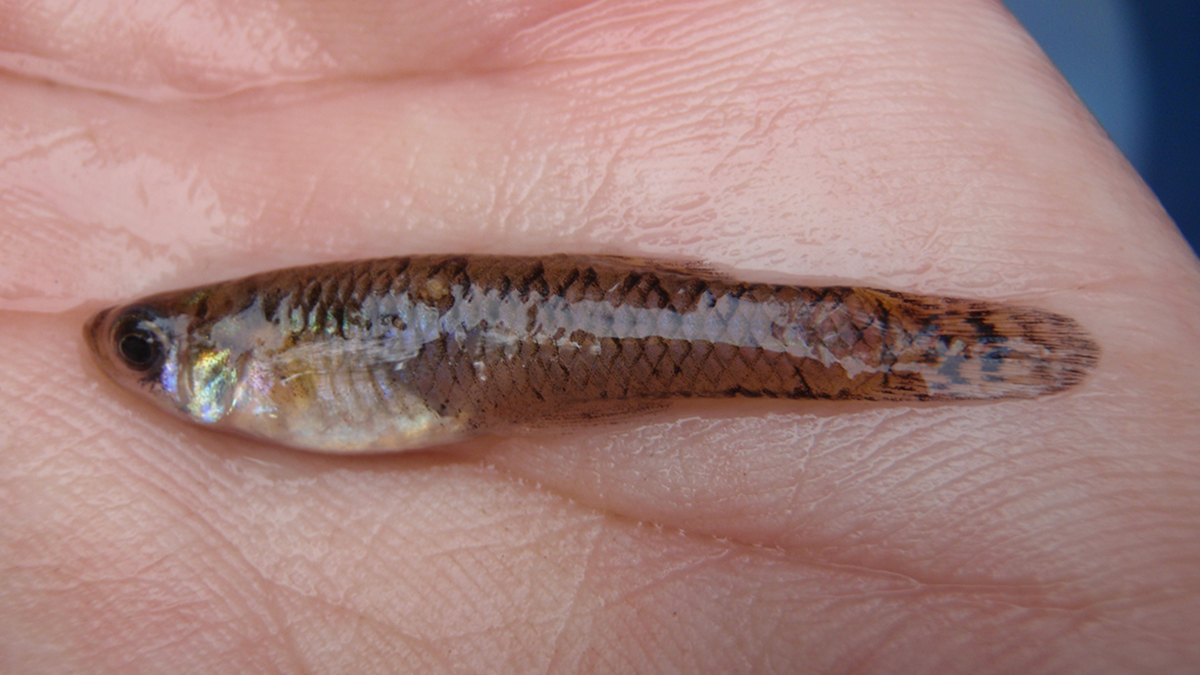 Originating from North America, eastern gambusia were first introduced into Western Australia in the 1930s.  They extremely invasive and are now found in almost the full range aquatic systems across the south-west, being highly tolerant of poor water quality, especially extremes in temperature and salinity, as well as low dissolved oxygen and high turbidity.

Whilst widespread, there are a number of systems where the species has yet to be detected, including most rivers in the north of the state as well as those in the south-east and every effort should be made to keep them out (monitor and intervene quickly).

Of the areas that the Department has sampled within the south-west (see site map), there are a number of rivers where the species has yet to be detected, such as, but not limited to,  Smiths and Manjimup Brooks, Wilgarup River in the Warren catchment; Barlee Brook in the Donnelly River catchment, Fisher and Glenarty Creeks in the Lower Blackwood River catchment; Mary Brook in the Busselton Coast Basin and Red Gully, Eneabba and Bindoon Creeks in the Moore-Hill Rivers basin.

Gambusia are generally found in surface waters (top 15 cm of water column), including in the shallows around the water’s edge. They appear to prefer still or slow moving areas of rivers, and in wetlands, lakes and dams. They do particularly well in altered habitats such as artificial wetlands and irrigation drains that experience extreme conditions particularly temperature fluctuations.

Gambusia can breed from a very young age (<1 year of age) , and will have up to nine clutches each year – producing 50–300 live young each time. Abundances are much higher during the warmer period with the species breeding from October through to March with some of the females subsequently over-wintering.

They are carnivorous and have been deliberately spread globally with the aim of controlling mosquito larvae.  However, recent research has demonstrated that native south-west species (particularly the common western minnow and western minnow) are actually better are consuming nuisance insect larvae.

The species has become established in south-west waters since they were first introduced in the 1930s. They are an aggressive species that compete with native species. They are known to fin-nip and can completely remove the tail fin of several species, and will predate on fish and frog eggs, fish larvae and insects. Co-existence with native fish is enhanced when the natural environment isn’t too disturbed. However, in disturbed systems, where native animals are subjected to additional stress, this species is known to quickly dominate the fish fauna.

In most cases, removal is not a realistic option, however numbers can be kept low by natural competition with native animals if the natural environment is maintained (maximise competitive advantage of native species). Preventing introduction into systems that are free from the species is paramount.

Much of the information on this page was from the NSW Department of Primary Industries.