River condition at the Andrews Road site (site code: KR94KALG1, site reference: 6021697) on Chelgiup Creek has been assessed as part of the Healthy Rivers Program (Healthy Rivers), using standard methods from the South West Index of River Condition (SWIRC). The SWIRC incorporates field and desktop data from the site and from the broader catchment. Field data collected include the following indicators, assessed over approximately a 100 m length of stream:

This is the first assessment of this site using the SWIRC methods. At this time no previous assessments of river ecology had been reported, at this site or elsewhere within the wider subcatchment.

Other departmental data: There are currently no monitored gauging stations on Chelgiup Creek. However, the Andersons Farm gauging station (site reference: 602005) located about 600 m downstream of the assessment site was in operation from 1976 through to 2011. 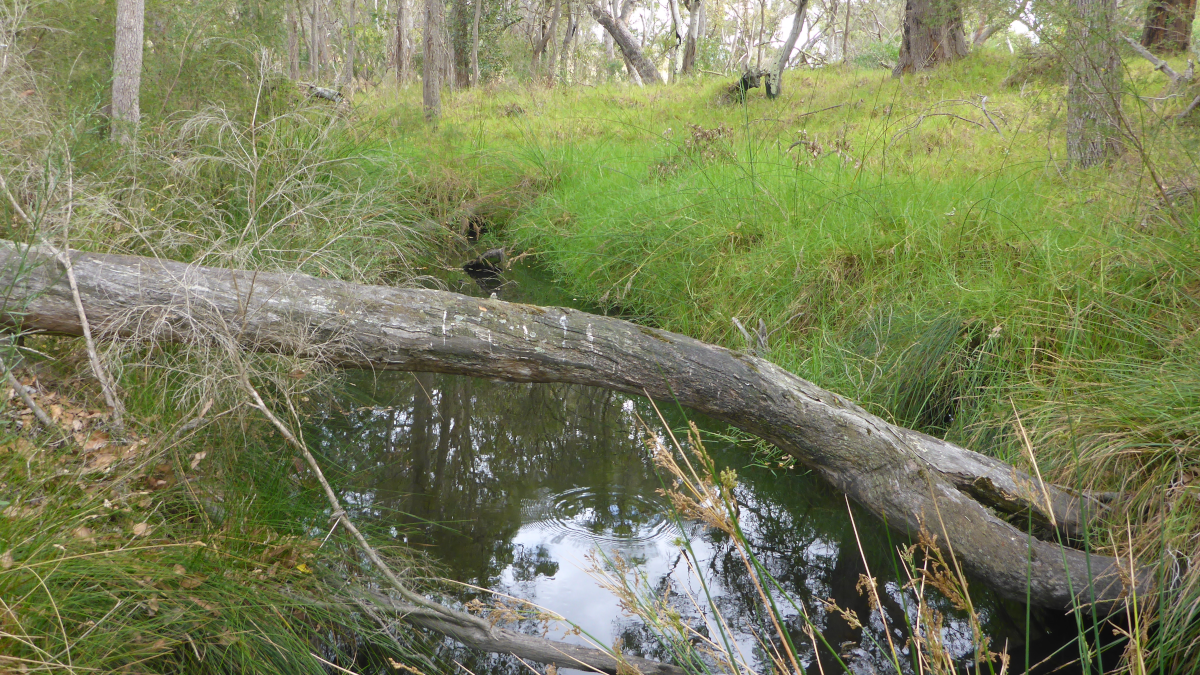 Notably no non-native species were recorded during this assessment.

The three species of freshwater fish were all abundant and found across the full range of size classes (juveniles, adults). This suggests that this section of Chelgiup Creek is able to provide suitable habitat for each of these species as well as support successful breeding within the system.

Two species of crayfish were recorded at this site. It is not uncommon for more than one species of crayfish to co-exist in the same environment. However, smooth marron typically rely on permanent waters, whereas, koonac are more common in habitats that dry seasonally (capable of burrowing into sediments to remain in contact with groundwater). This suggests that this site provides, or is in close proximity, to both habitats. Both species require complex habitat (particularly large woody debris).

An adult pouched lamprey was observed by the landholder at the assessment site during a previous winter. The pouched lamprey is a Priority 3 species (Poorly-known) under the Biodiversity Conservation Act 2016 (Western Australia). Priority 3 refers to possibly threatened species where data is insufficient to assess threatening processes that could affect them, also noting that this species is not expected to be under imminent threat based on available data. In the early stage of their life cycle, lamprey burrow in sand in upper reaches of river systems. They migrate to the ocean where they may remain and feed for a number of years. Eventually lamprey will migrate back up river systems to spawn and die. Outside of the short migration periods, lamprey are unlikely to enter traps. The absence of lamprey from most SWIRC assessments is not a significant concern as this species typically migrates in a brief period around peak winter flow (which is largely outside of the usual assessment periods) and only in high flow years.

It is believed a rakali could have been present at the assessment site as some of the crayfish had been eaten whilst in the traps. Discarded empty shells were found which was more indicative of rakali than other common predators (turtles). The rakali is a Priority 4 species under the 2016 Biodiversity Conservation Act (state, Western Australia) meaning it is a rare or near threatened species in need or monitoring.

As a rakali was not observed and only believed to be at the assessment site, it has not been included in the ‘species found in the subcatchment’ section.

For more info on the rakali and other aquatic species, please see the River Science fauna page here.