River condition at the Billa Boya Gauging site (site code: KR58ESTYU1, site reference: 6021700, previously reported as site code: KR, site reference: 602014) on the King River has been assessed as part of the Healthy Rivers Program (Healthy Rivers), using standard methods from the South West Index of River Condition (SWIRC). The SWIRC incorporates field and desktop data from the site and from the broader catchment. Field data collected include the following indicators, assessed over approximately a 100 m length of stream:

The previous assessment of this site in 2008 was conducted in December, towards the beginning of the dry season. December is within the Noongar season of Birak, which is generally when the rains start to subside, and the warm weather starts to take hold.

The assessment which was conducted in 2008 was part of a national assessment of river condition – view report here.

The image below indicates conditions at the time of sampling in March 2020, towards the end of the dry season. March is within the Noongar season of Bunuru, which is generally the driest and hottest part of the year. Further images are provided in the gallery at the bottom of the page to show general site conditions. 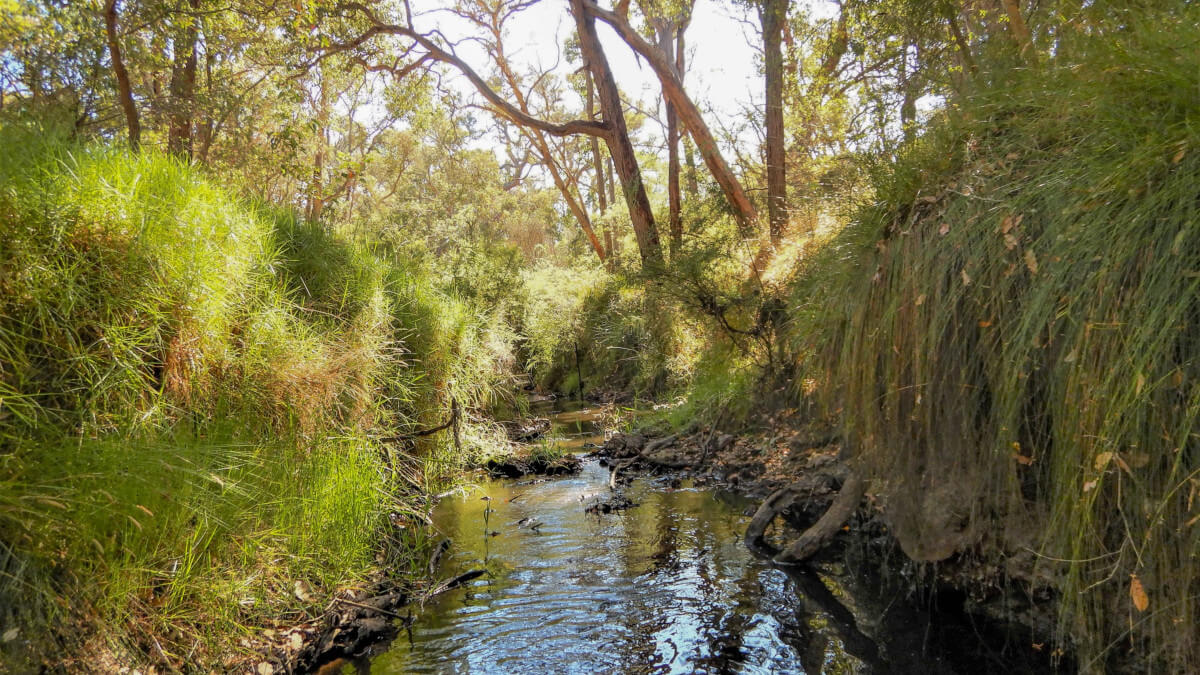 Dominant fish species at this site were the blue-spot goby and western pygmy perch. A range of size classes including juveniles were recorded for the western pygmy perch with a couple of the larger fish showing nuptial (breeding) colours. Similarly, there was evidence of many gravid (pregnant) nightfish at this site. This section of the King River is able to provide suitable habitat for each of these species as well as support successful recruitment.

The common jollytail was not found in either of the 2008 or 2020 assessments conducted by the department. However, this species of fish was observed in other studies conducted by Murdoch University. The common jollytail generally migrates between estuaries and freshwater parts of rivers to complete their life cycle. They typically breed in estuaries and return to freshwater during spring, however the reverse is true for populations inhabiting in the Jerdacuttup and Oldfield Rivers where adults move upstream to spawn. As such, the reason for the absence of the common jollytail in the Healthy Rivers assessment is likely due to the species being in other parts of the system at the time of sampling.

One non-native fish species was found in the March 2020 assessment. Rainbow trout are stocked annually by the Department of Primary Industries and Regional Development. The purpose of stocking trout is for recreational fishing in inlands water. The annual locations and quantities of trout stocking can be found here. 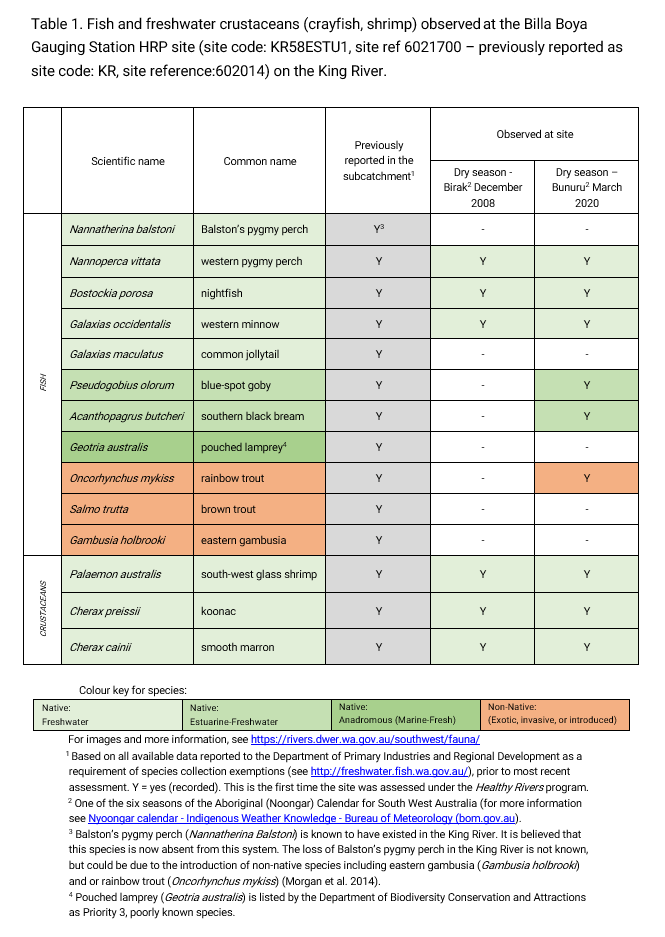 Although not directly targeted as part of the Healthy Rivers assessment, a quacking frog was recorded. This frog species is endemic to the South West. 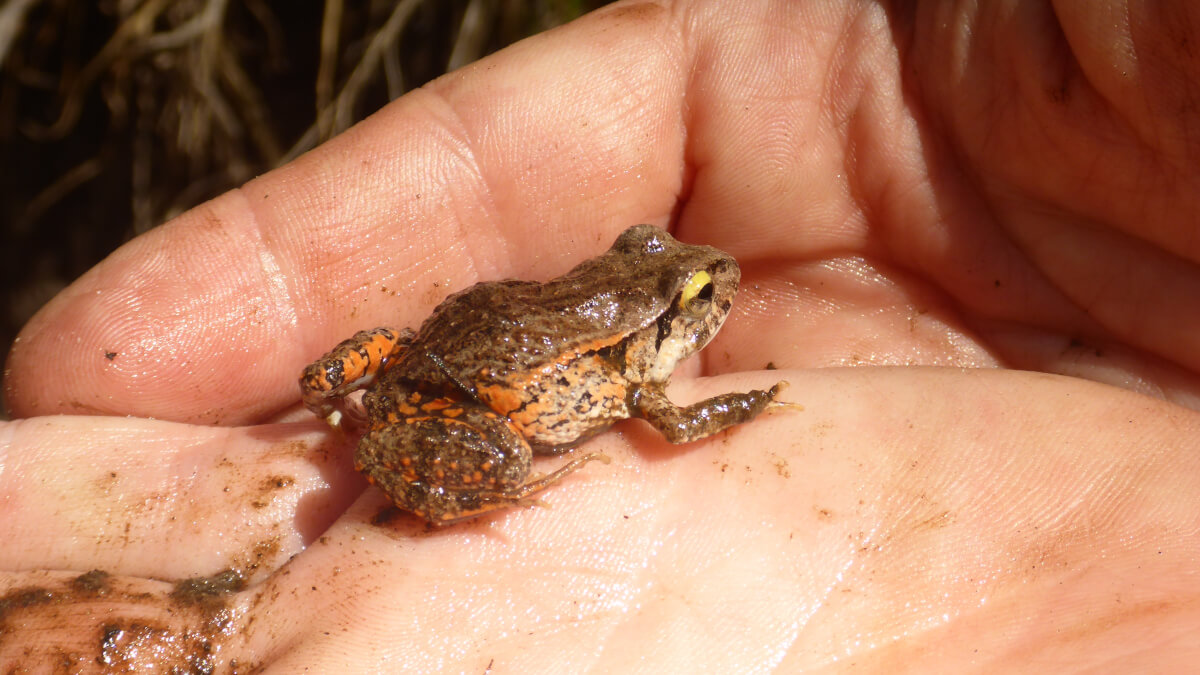 For more info on these and other aquatic species, please see the River Science fauna page here.