River condition at the Churchill Road site (site code: HD28DENM2, site reference: 6031575) on the Denmark River was assessed in March 2020 as part of the Healthy Rivers Program (Healthy Rivers), using standard methods from the South West Index of River Condition (SWIRC). The SWIRC incorporates field and desktop data from the site and from the broader catchment. Field data collected include the following indicators, assessed over approximately a 100 m length of stream:

This is the first assessment of this site using the SWIRC methods. Previous assessments of river ecology have occurred at this location by Department of Fisheries and Murdoch University.

Other department data: The river health site is approximately 4.8 km downstream of the departments Mt Lindesay flow gauging station (site reference: 603136), which has been in operation since 1960. 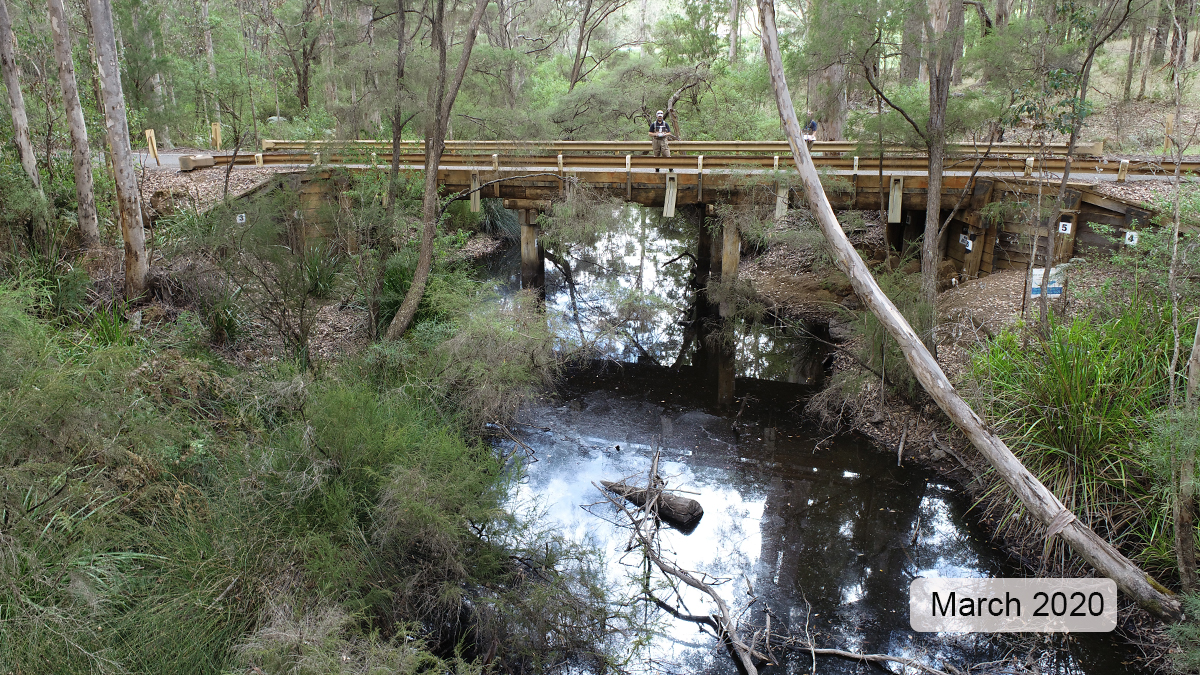 The invasive eastern gambusia were in particularly high abundance at this site and made up approximately 70 percent of the catch.

The new crayfish species recorded at this site was discovered through a genetic survey of crayfish in South West Western Australia undertaken by the department and Edith Cowan University (School of Science) in 2019–2020. This crayfish was recorded across the Denmark-Albany region and is similar in appearance to the restricted gilgie (Cherax crassimanus). This new species of crayfish is yet to be described, for the purpose of this summary it will be referred to as Cherax species novel.

Two fish species previously found in the subcatchment were not recorded in this assessment, these were the native Balston’s pygmy perch, and the invasive one-spot livebearer fish.

Balston’s pygmy perch is listed as vulnerable under the Biodiversity Conservation Act 2016 (Western Australia). It was previously recorded further upstream in the catchment in 2008 (Close et. al, 2008), and although it was not recorded in this assessment it may be present elsewhere in the catchment.

The invasive one-spot livebearer fish was previously recorded further downstream in the Denmark Dam in 2015 (Ryan et al. 2015) in very low abundance, however this is the first known record of this pest species in the catchment. 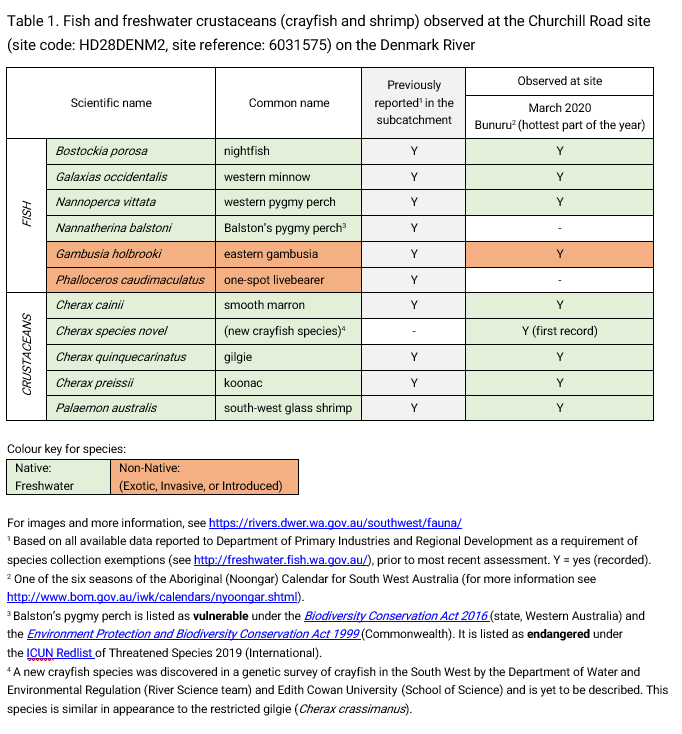 Although not targeted by collection methods a south-western snake-necked turtle (Chelodina colliei) was recorded during March 2020 assessments. 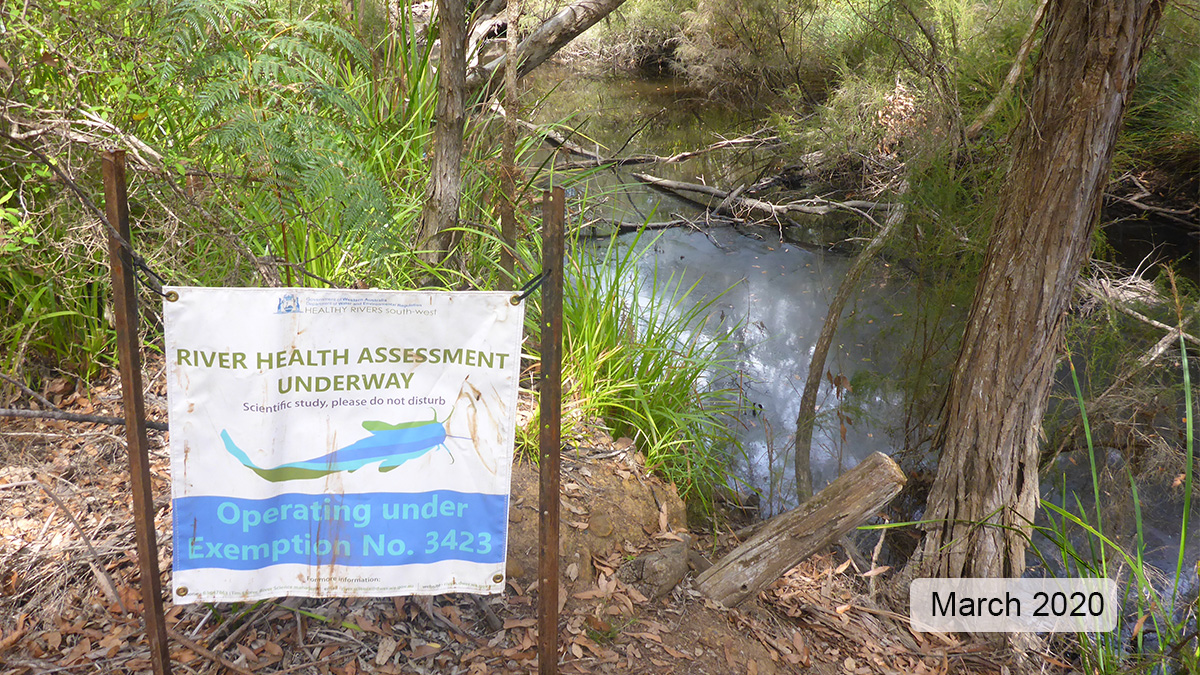 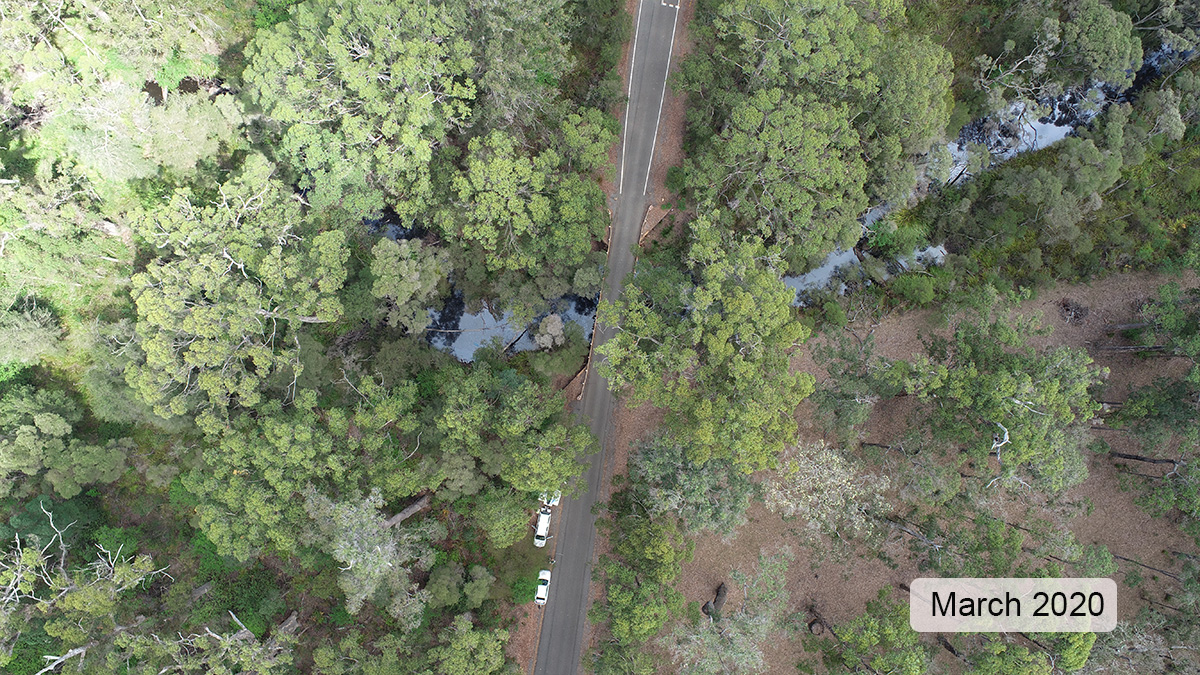 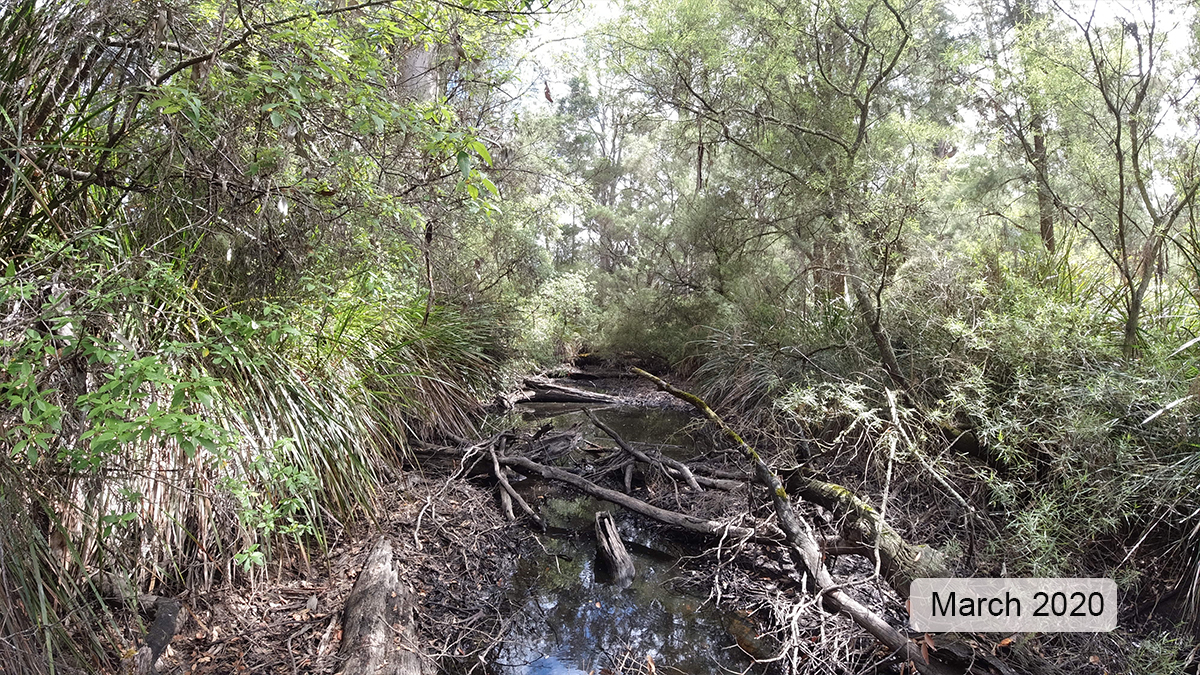 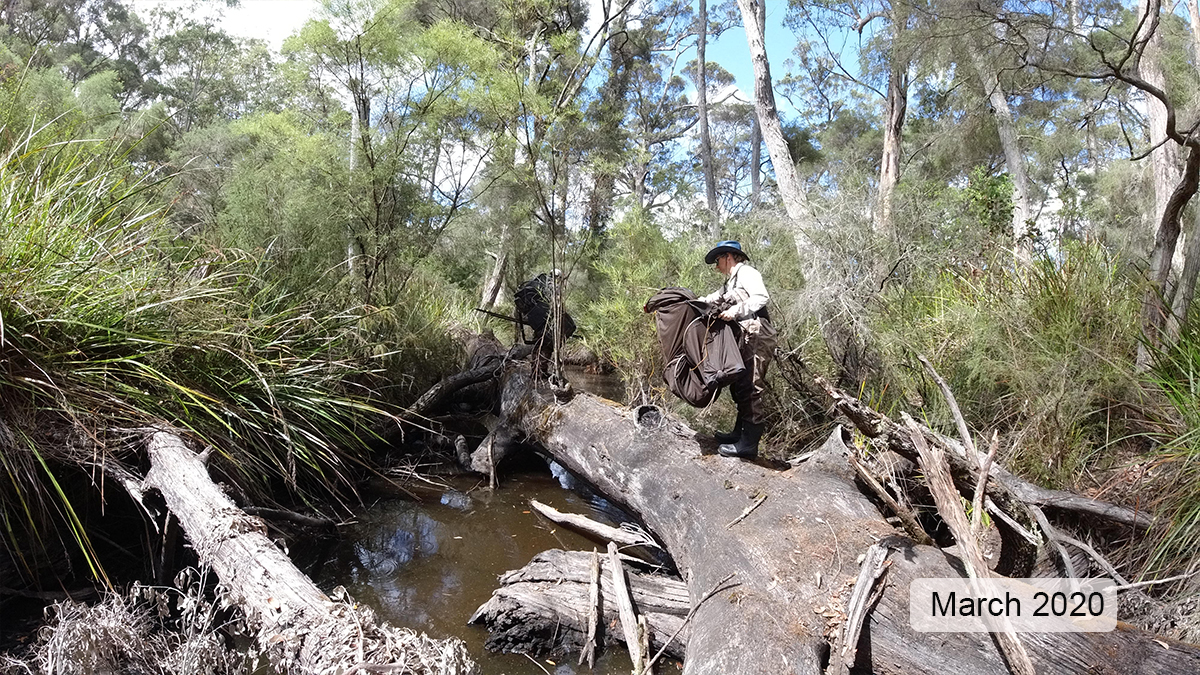 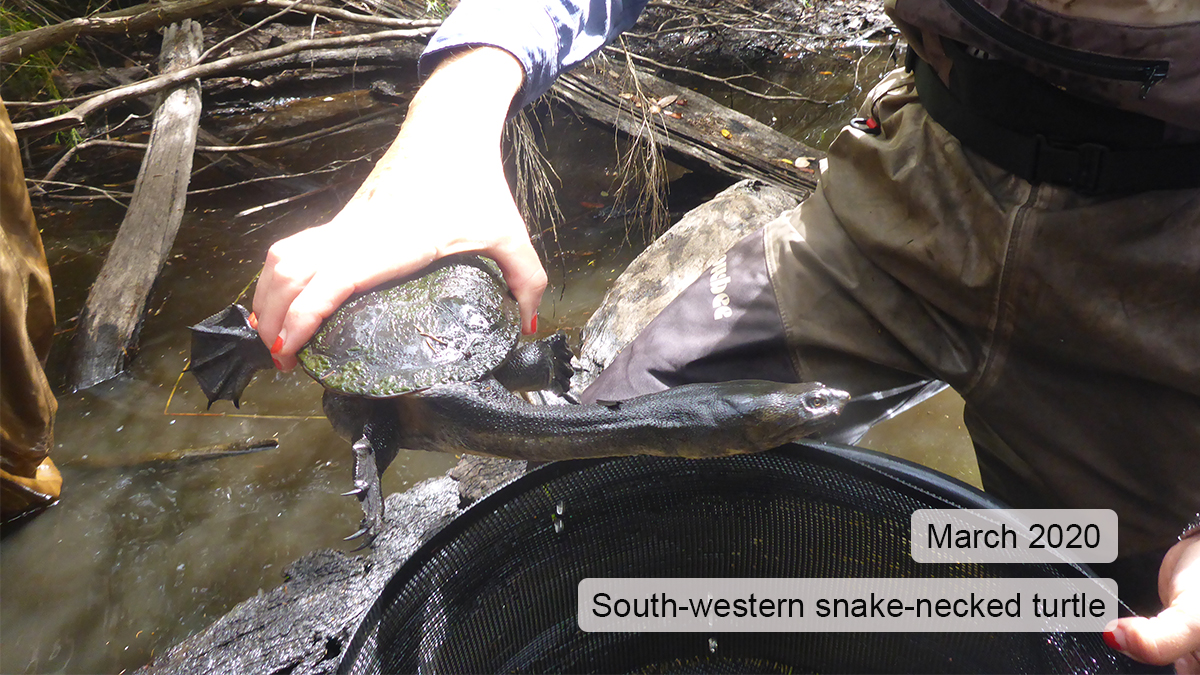