The species expected to occur here (listed below) are based on species reported from the previous assessment in 2008, from other studies conducted elsewhere in the wider river catchment and our understanding of fish behaviour and movements within river systems.  As differences in habitat within a reach naturally influence species distributions, and variability in methods between sampling programs can affect the species caught, this list is only indicative.

Note: collection of fauna from Western Australia’s inland aquatic ecosystems requires a license from the Department of Primary Industries and Regional Development (DPIRD) and also the Department of Biodiversity, Conservation and Attractions (DBCA). All species collected must be reported to these agencies as part of license conditions. 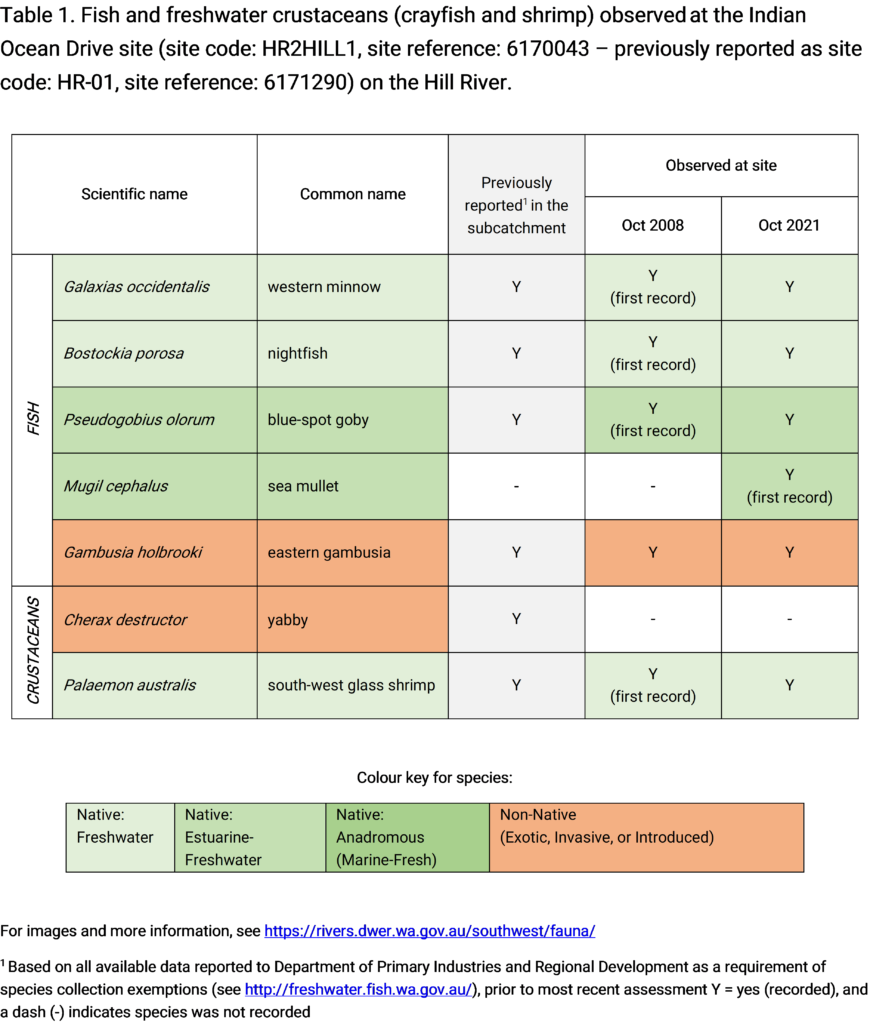 Only fish and freshwater crustaceans (crayfish and shrimp) that typically inhabit river channels are targeted by the standard SWIRC sampling methods. However, where other species were caught and/or observed (e.g., turtles, rakali, frogs and tadpoles), these are mentioned below.