The assessment was conducted using standard methods from the South West Index of River Condition. Primarily measures chosen for this assessment included long-term logging of water quality (dissolved oxygen, temperature, electrical conductivity, and pH) logged every 30 mins over the dry season. In the 2016/17 dry season water quality was only logged over 24h between 28 February and 1 March 2017.

An online condition summary for this site in 2017 has not been prepared. The report for the 2010/11 sampling can be found here.

Please contact the Departments River Science team for site information, and see below for links to information on some of the species found at the site, and some images taken in 2017.

Notably, Tandanus bostocki was collected for the first time at this site in 2017 (90% were in the downstream fyke net i.e. were swimming upstream). The population was relatively high; 22 individuals of varying sizes ,which can indicate that this was not a chance capture and that the population is viable and successfully recruiting.

In 2011, five native fish were found. The additional native species (Leptatherina wallacei) recorded were only represented by one individual, in one of the three sampling events,  accordingly its absence in 2017 is not considered to be significant.

A list of species collected in 2017 is provided at the bottom of the page, click on the images to learn more about each species. 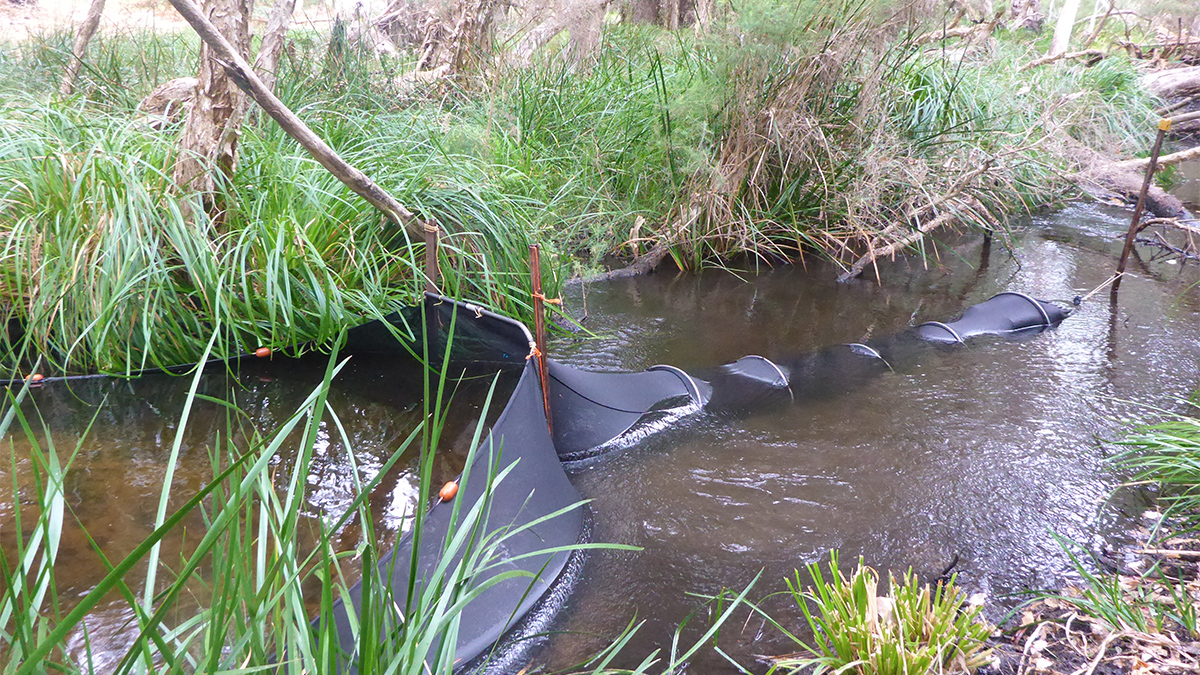 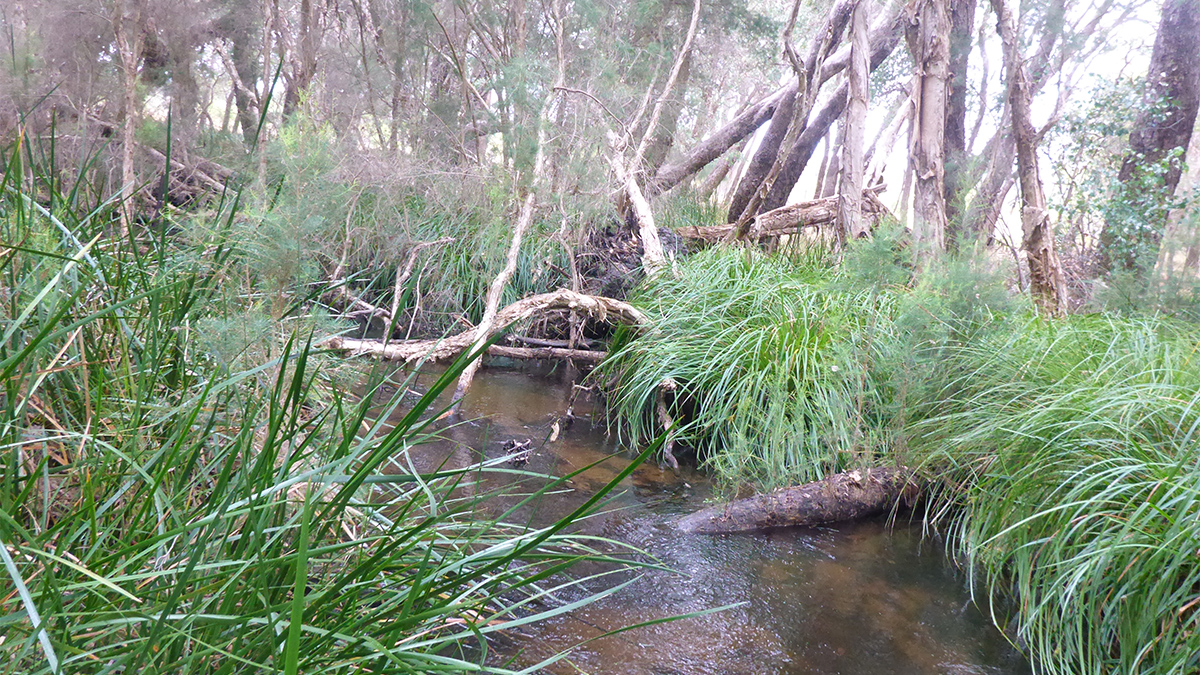 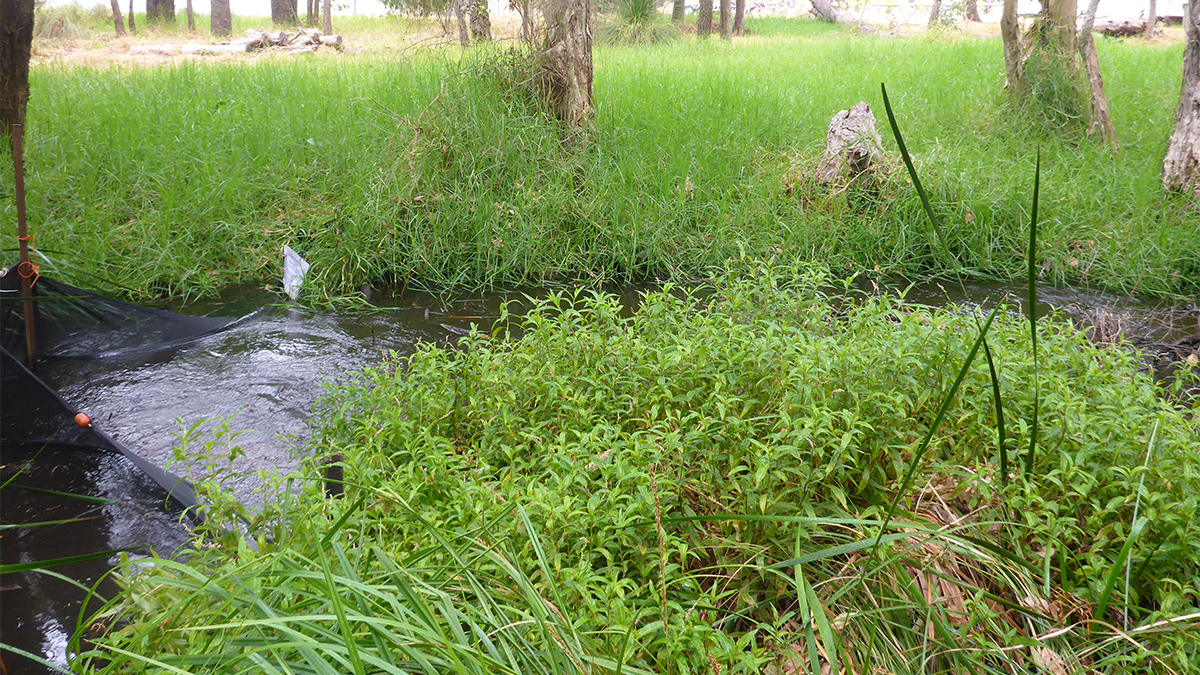 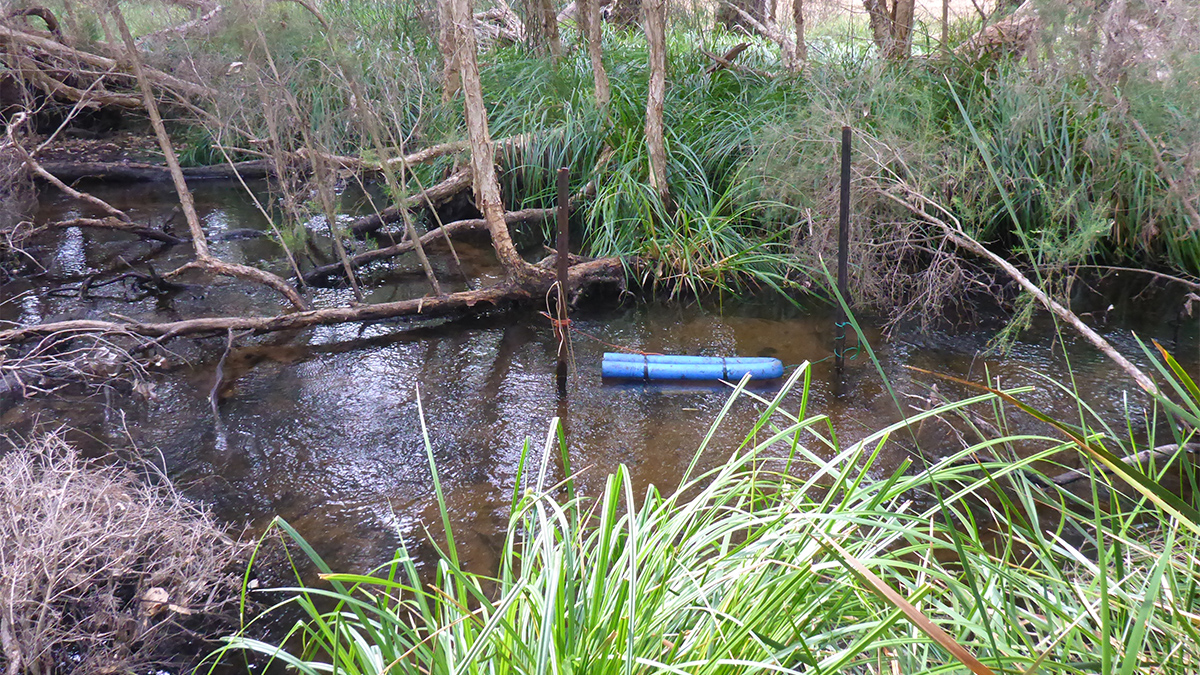 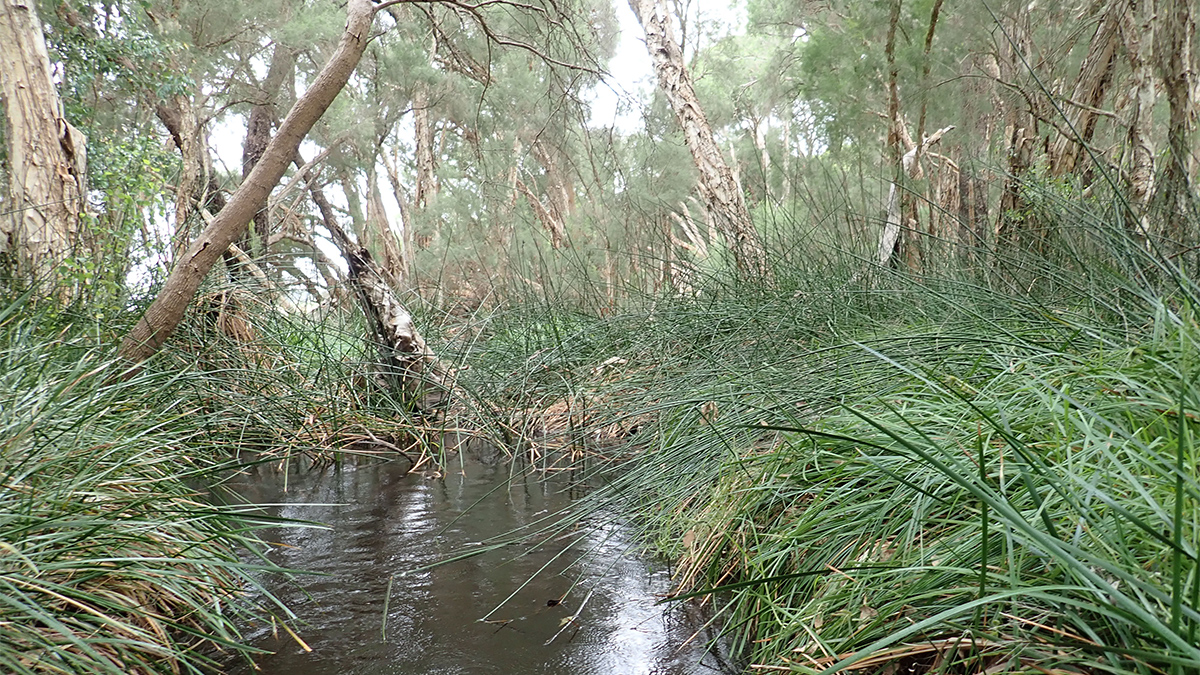 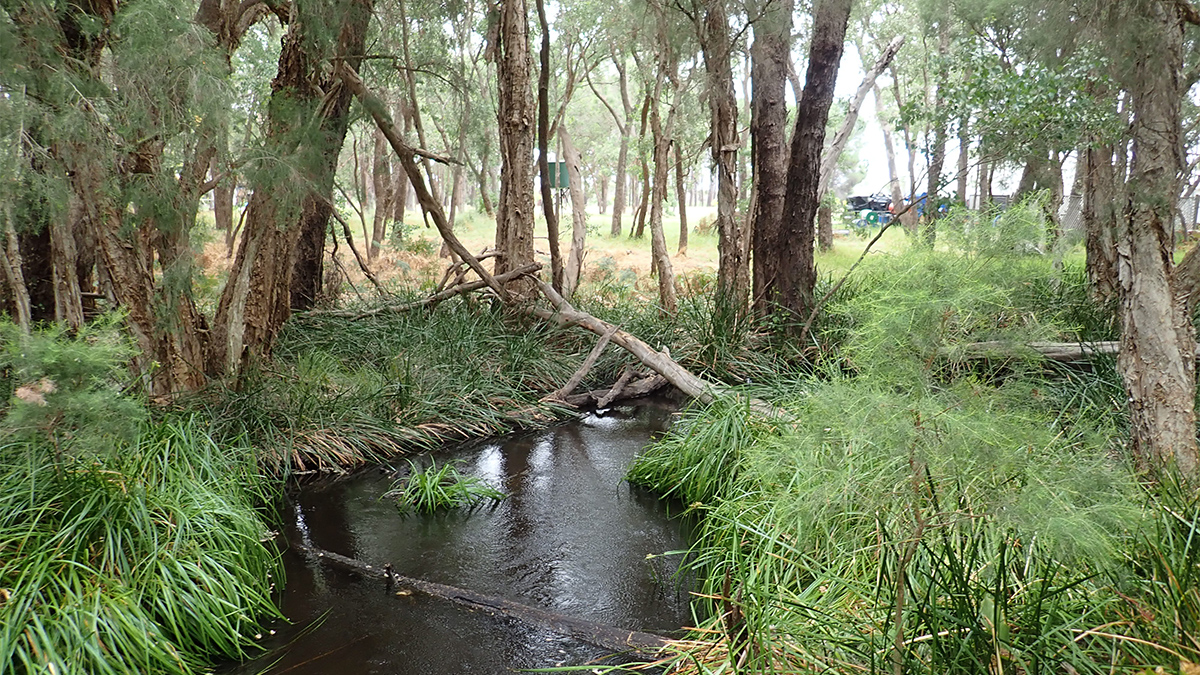 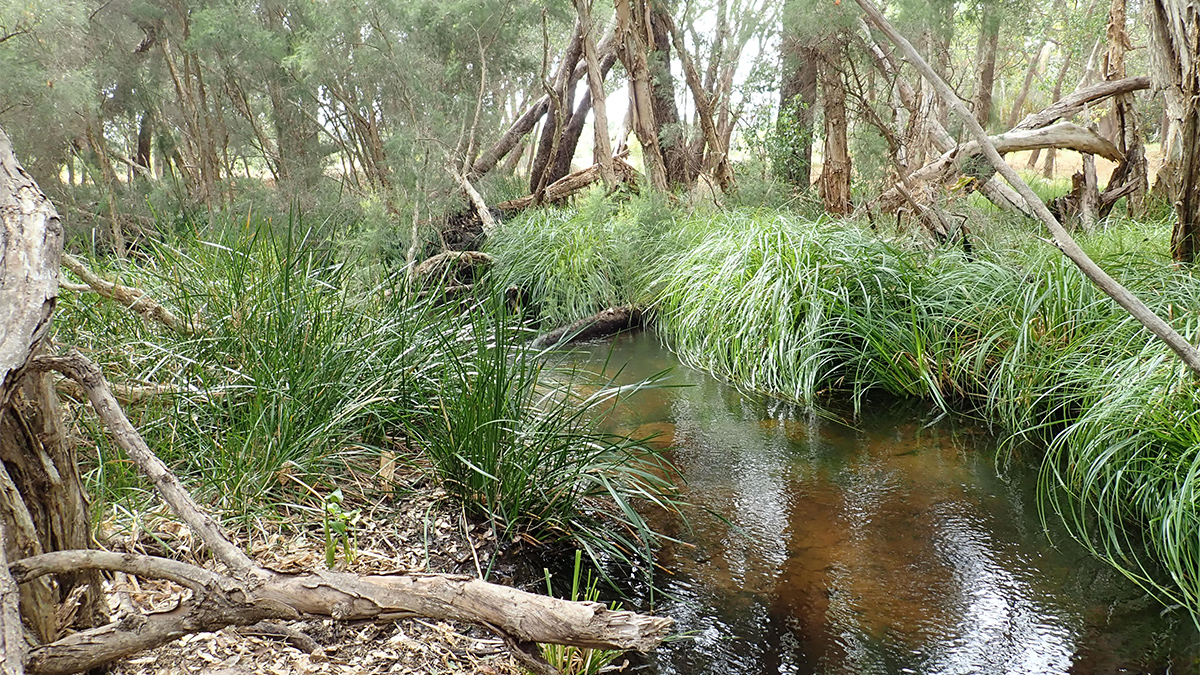