River condition at the Riverbend Lane site (site code: HD14DENM1, site reference: 6031576) on the Denmark River was assessed in March 2020 as part of the Healthy Rivers Program (Healthy Rivers), using standard methods from the South West Index of River Condition (SWIRC). The SWIRC incorporates field and desktop data from the site and from the broader catchment. Field data collected include the following indicators, assessed over approximately a 100 m length of stream:

Other department data: The river health site is approximately 300 m upstream of the departments Denmark Ag College gauging station (site reference: 603021), which has been in operation since 1997. 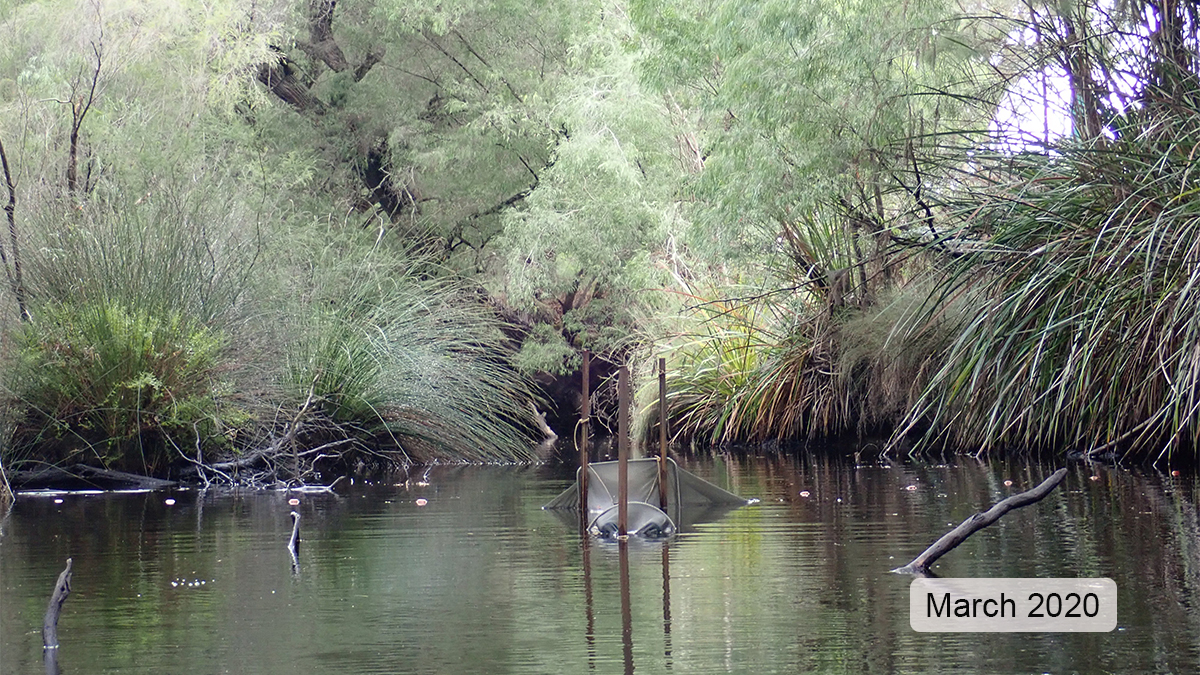 Notably, non-native species were not recorded during this assessment.

Although not recorded in this sampling event, lamprey are known to occur in the area. Lamprey are not often encountered given their short migration periods between the ocean and river (which generally occur in peak flows) and as the juveniles have a prolonged sedentary larval phase where they burrow in to river beds and filter-feed for up to four years before returning to the ocean. 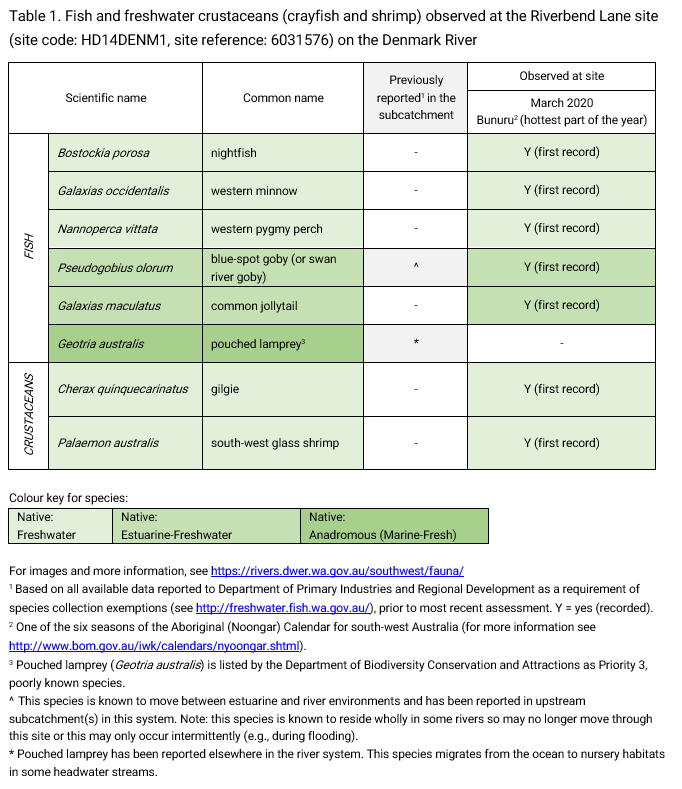 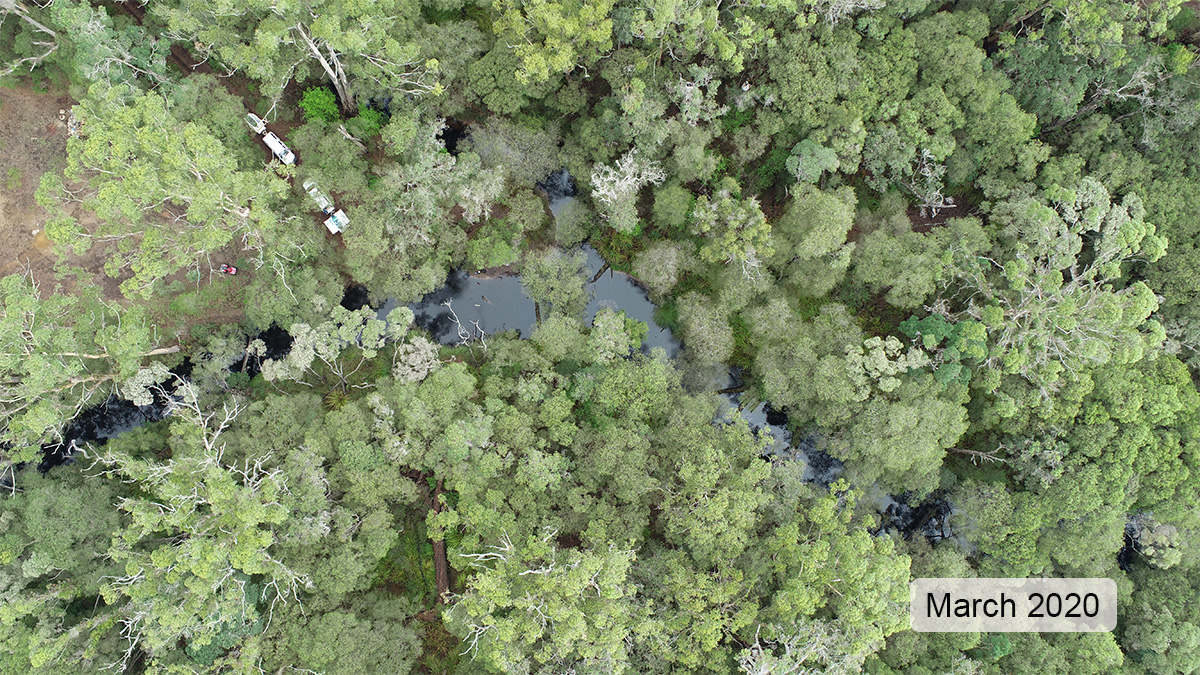 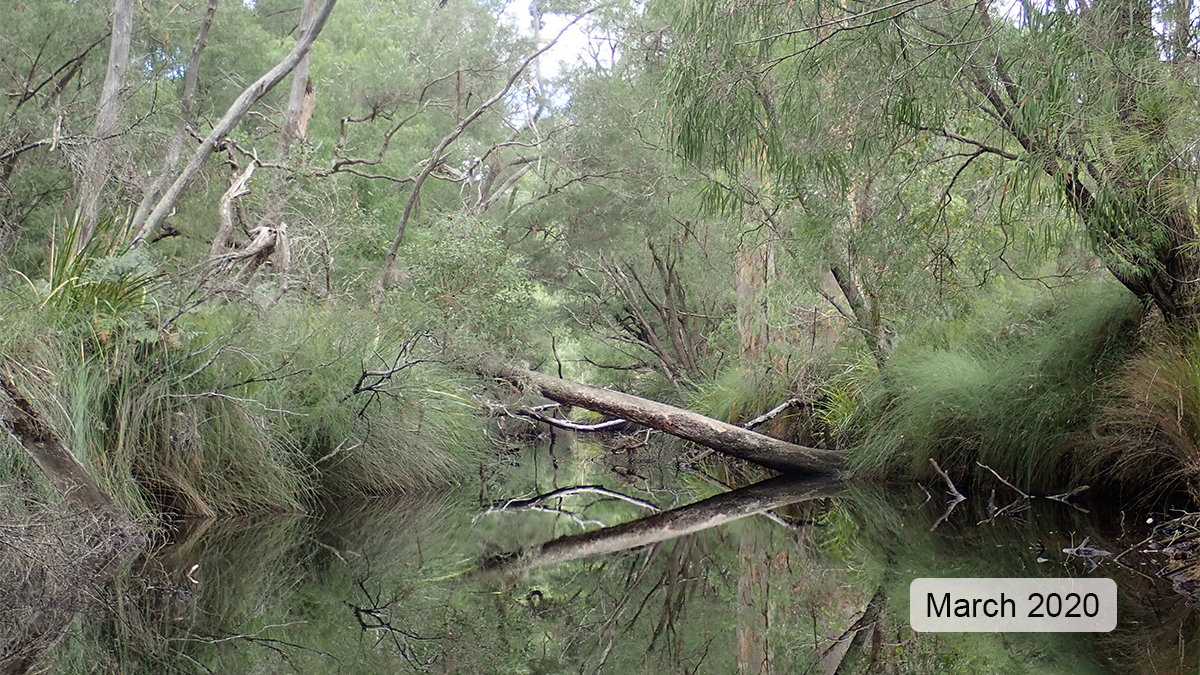 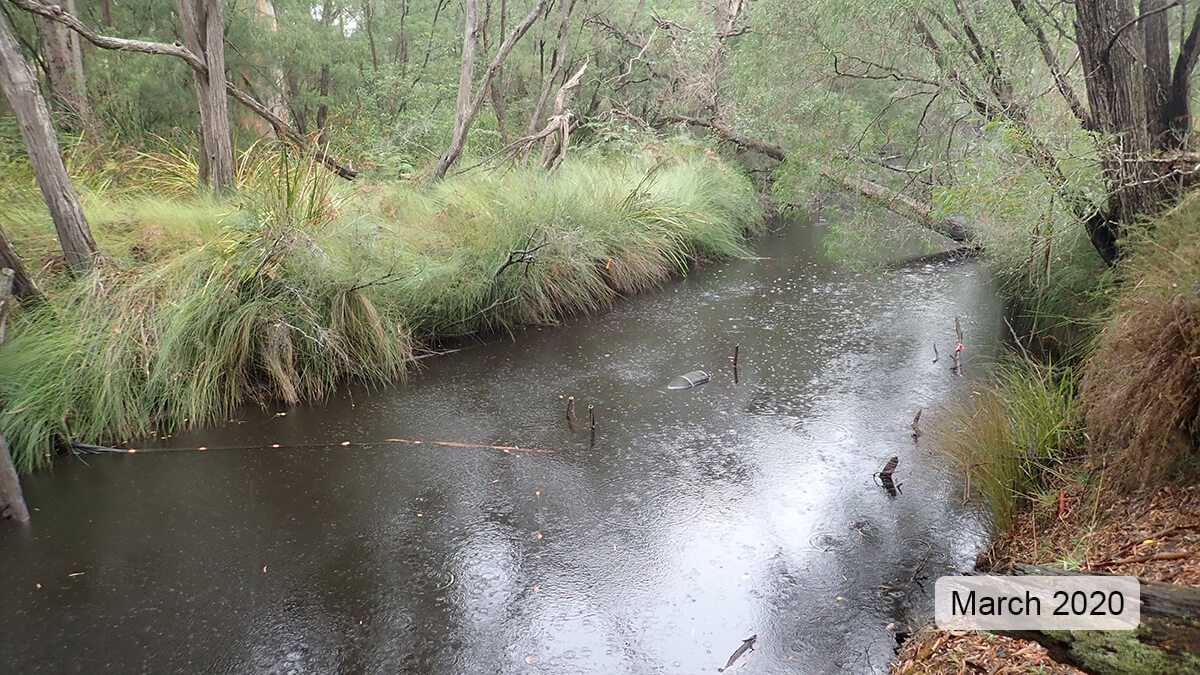 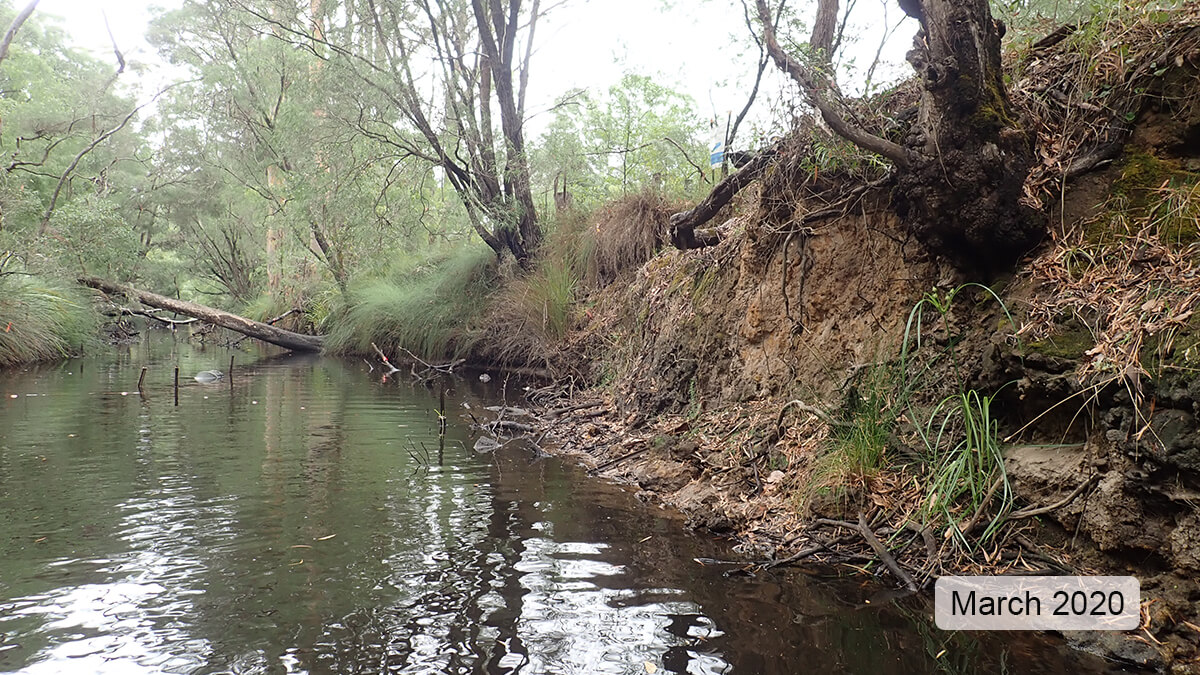 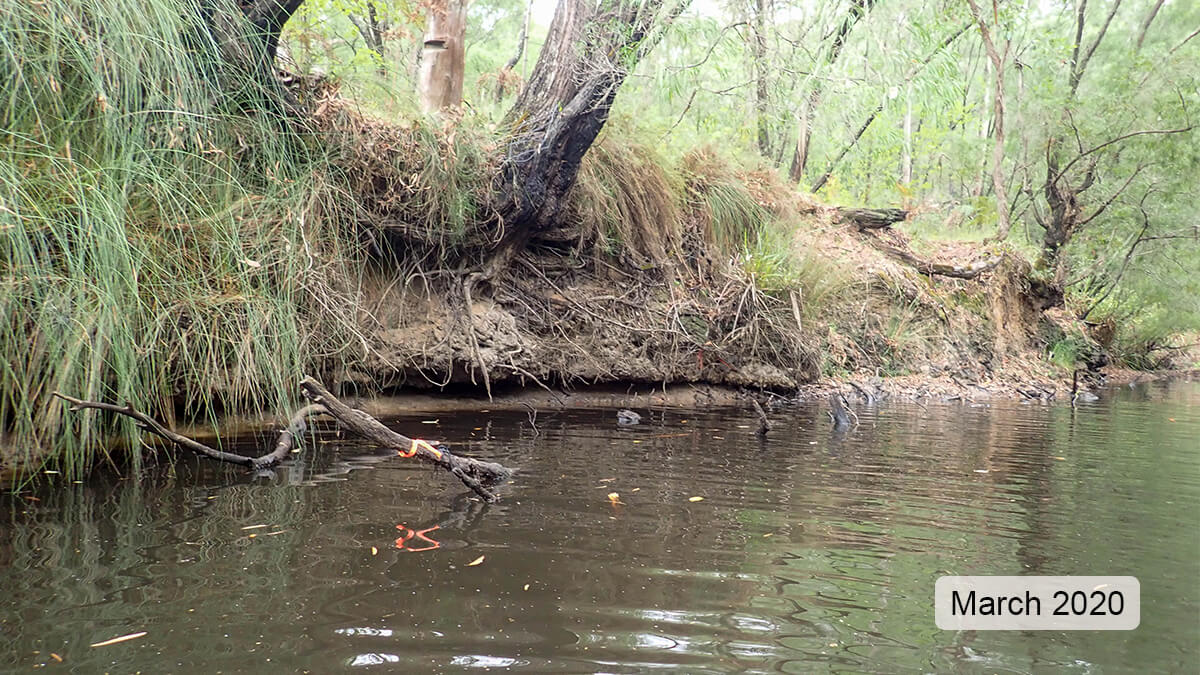 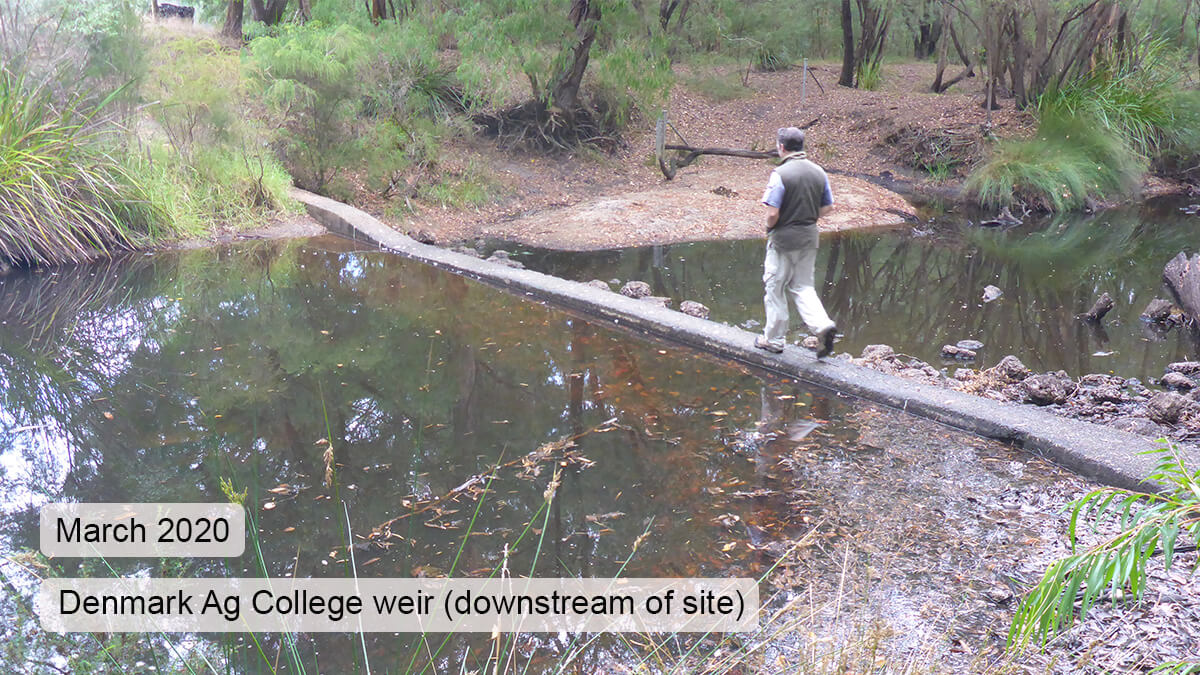