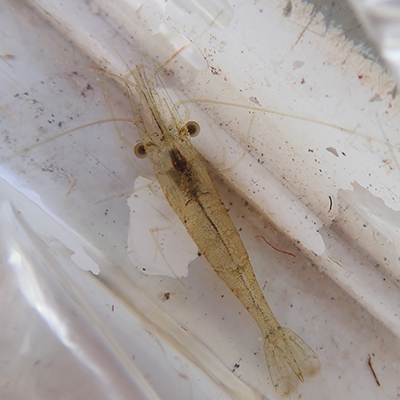 A small, transparent freshwater shrimp distinguished by a spine below the branchiostegal groove and second pair of legs much longer than the first (unlike Atyidae shrimps). Similar in appearance to the exotic Indistinct river shrimp (Caridina indistincta), which has recently been identified in the south-west. This species will compete with the south-west glass shrimp for food and habitat.