Also called yellowtail trumpeter. A medium sized, perch-like fish which grows to about 200 mm, but some individuals may reach a maximum length of 300 mm. Silver-gold coloured, with golden brown spots and paler colouring below (often yellow). A key distinguishing feature from other similar fish (as it is easily mistaken for the widely distributed spangled perch, Leiopotherapon unicolor) is the prominent black markings on both lobes of the caudal fin (tail) - see gallery images. For the Healthy Rivers project the yellowtail grunter has only been detected in the Greenough River in the Mid West region of WA. 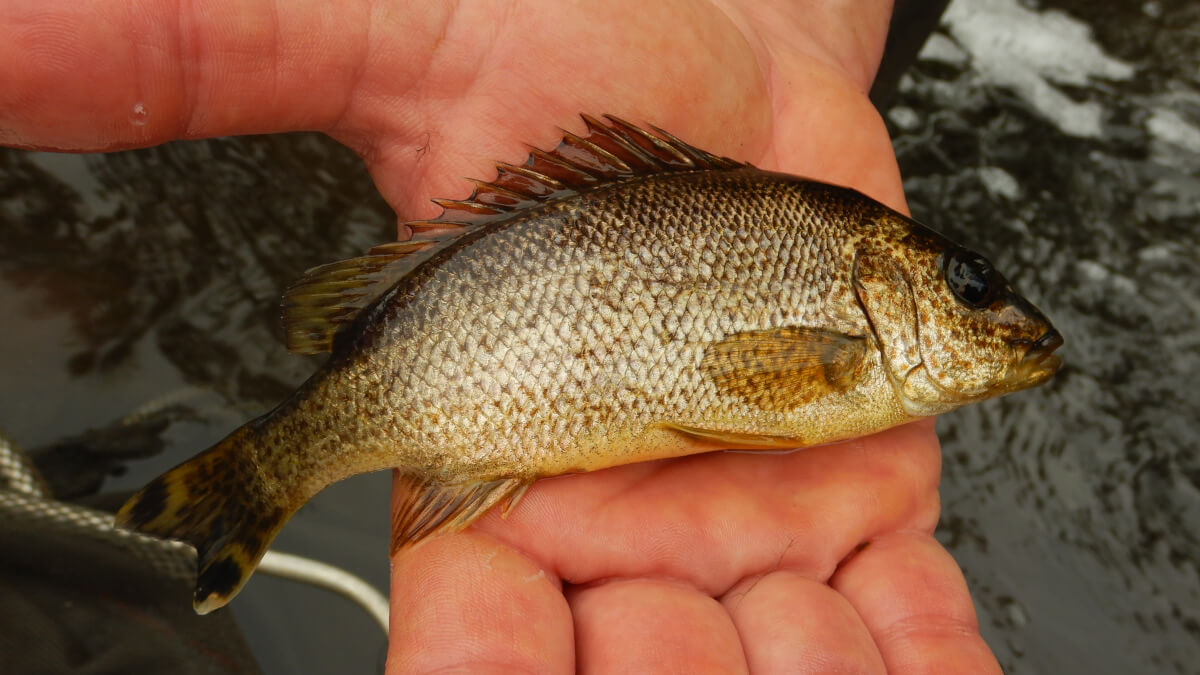 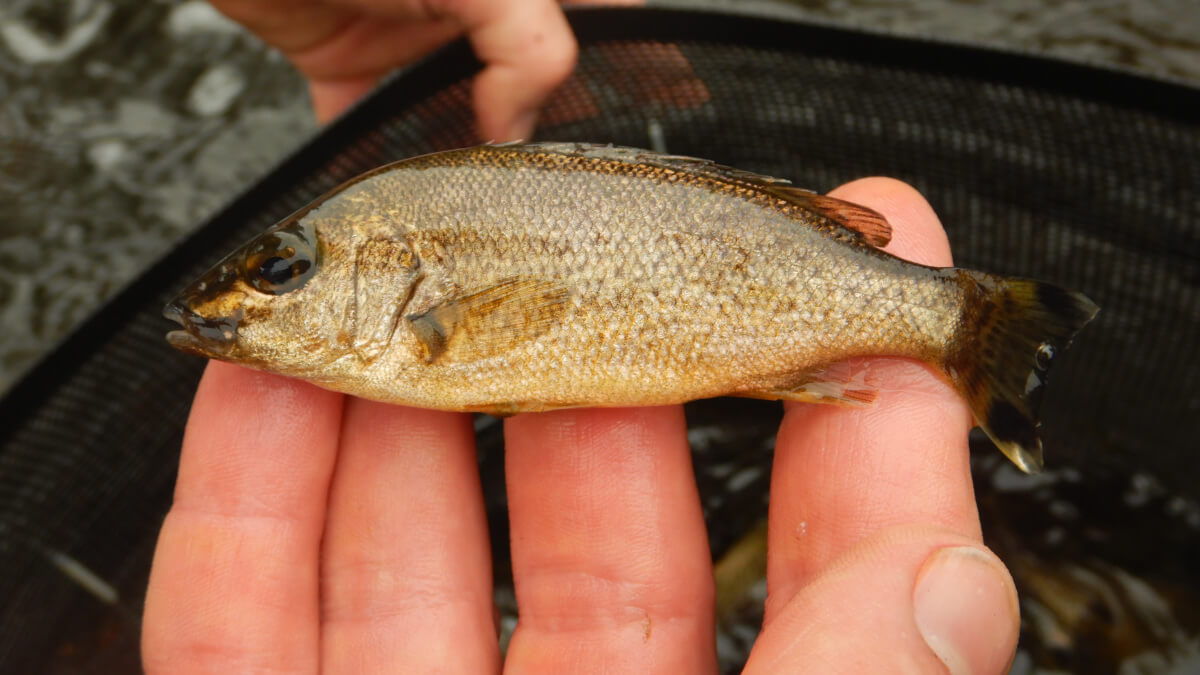 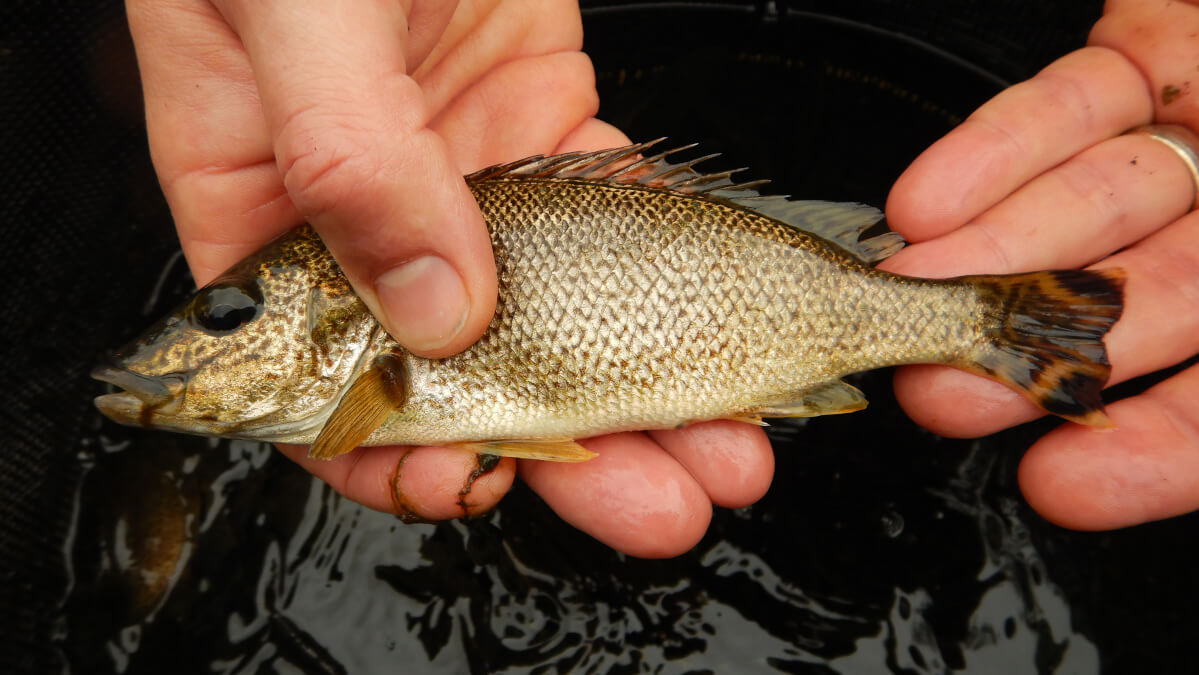 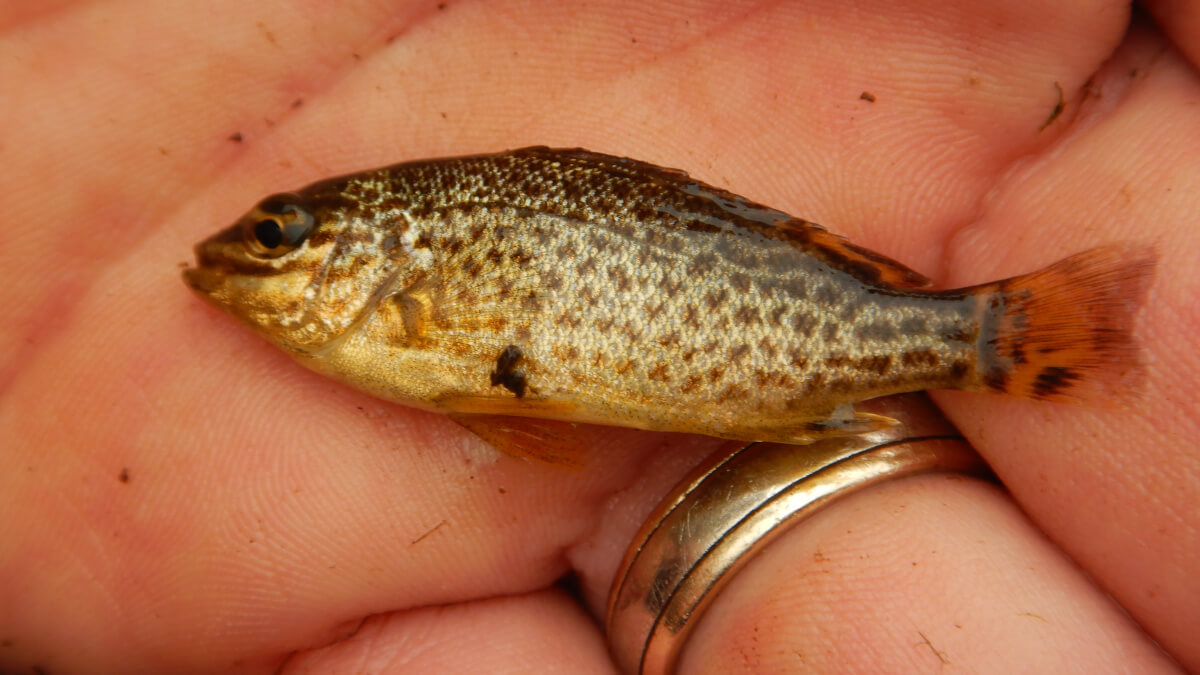 Common in coastal marine areas and a number of estuaries from the south-west corner of Western Australia across the top end through to north-east Queensland, and also within Papua New Guinea.

Has been recorded in the lower reaches of a number of rivers within WA including the Greenough, Chapman, Murchison, De Grey and Yule Rivers, and has been shown to penetrate far inland in the Murchison River due to its tolerance to higher salinities.

Mainly found in brackish estuarine waters, but has been recorded further inland in salinised systems (e.g. Murchison River). Will retreat to lower estuarine and nearshore marine waters during periods of freshwater flow.

Lifespan is generally at least 3 years, with fish maturing during their second year. Moves to the upper parts of estuaries to spawn as flows decline and the salinity rises.

Omnivorous diet includes algae, aquatic vegetation, insects, crustaceans and fish. This species has been shown to hybridise with spangled perch in the Murchison River (Morgan and Gill, 2006). In terms of fish identification, this should be considered as a possibility in any river where both species are found.

Within its natural range within the Mid West, Pilbara and Kimberley regions of WA, the species is not listed as threatened.