Goldfish are commonly caught up to 200 mm in size, but they can reach 400 mm and almost 2 kg in south-west waters.

They are found in a range of colours from bronze through to bright orange and red, with varying degrees of black and white blotches. The brighter colour variants appear to revert back to the more natural 'golden' form after a few generations (see gallery photos). 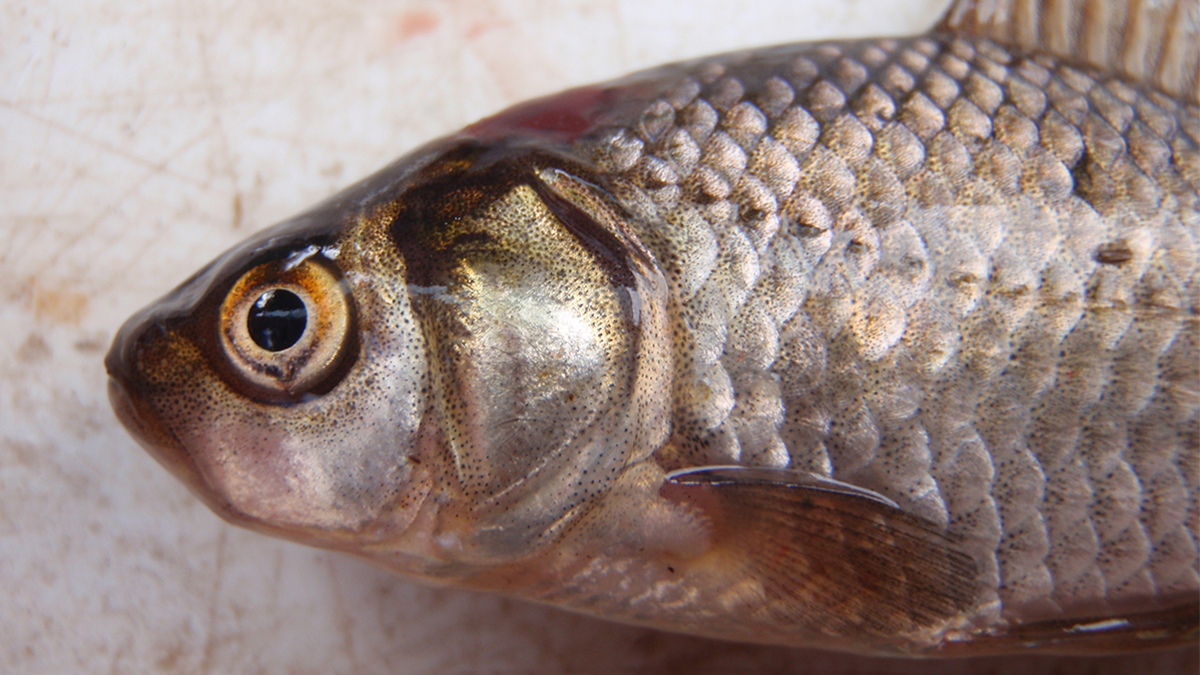 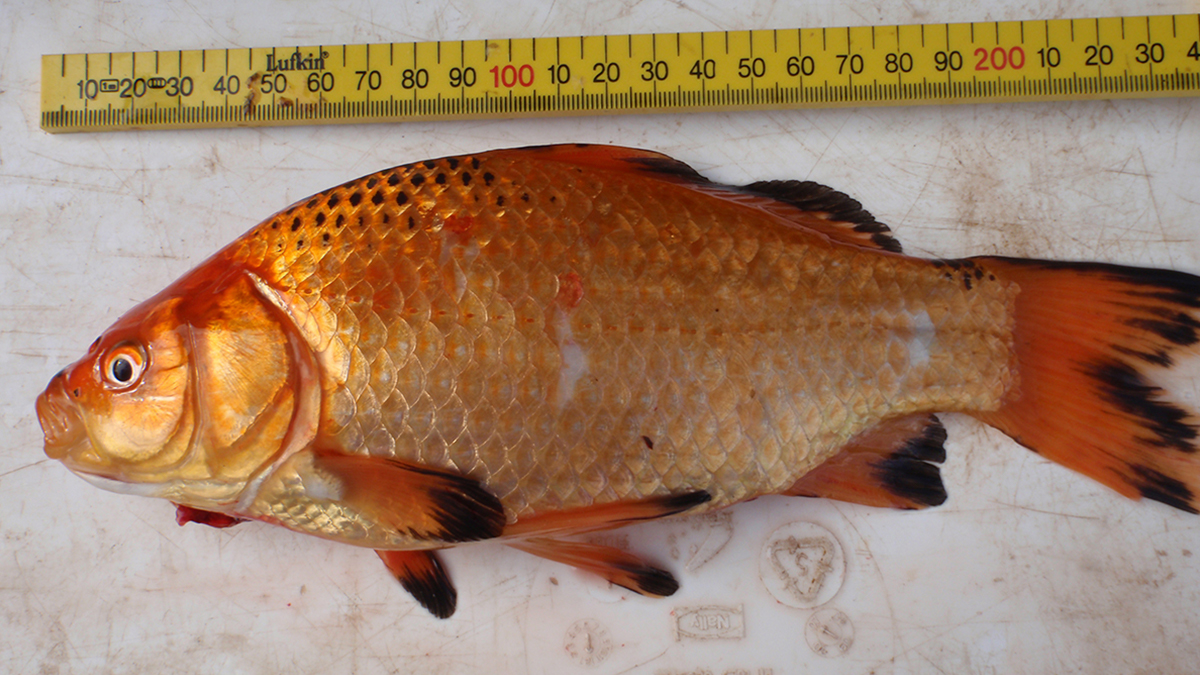 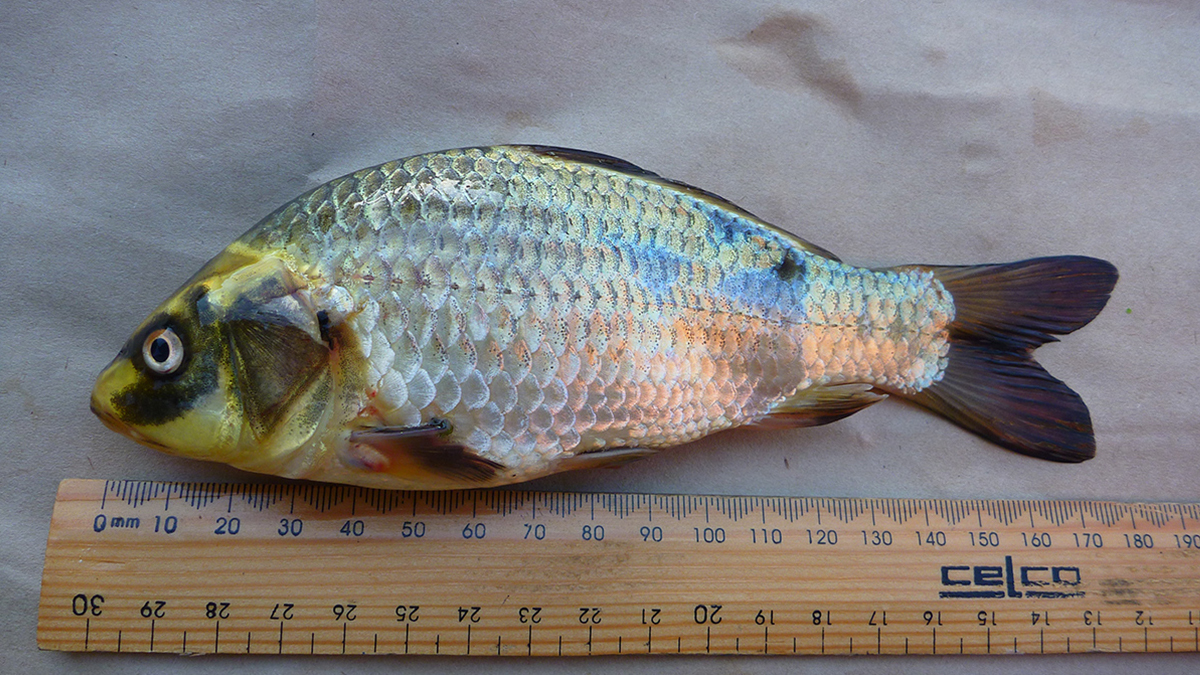 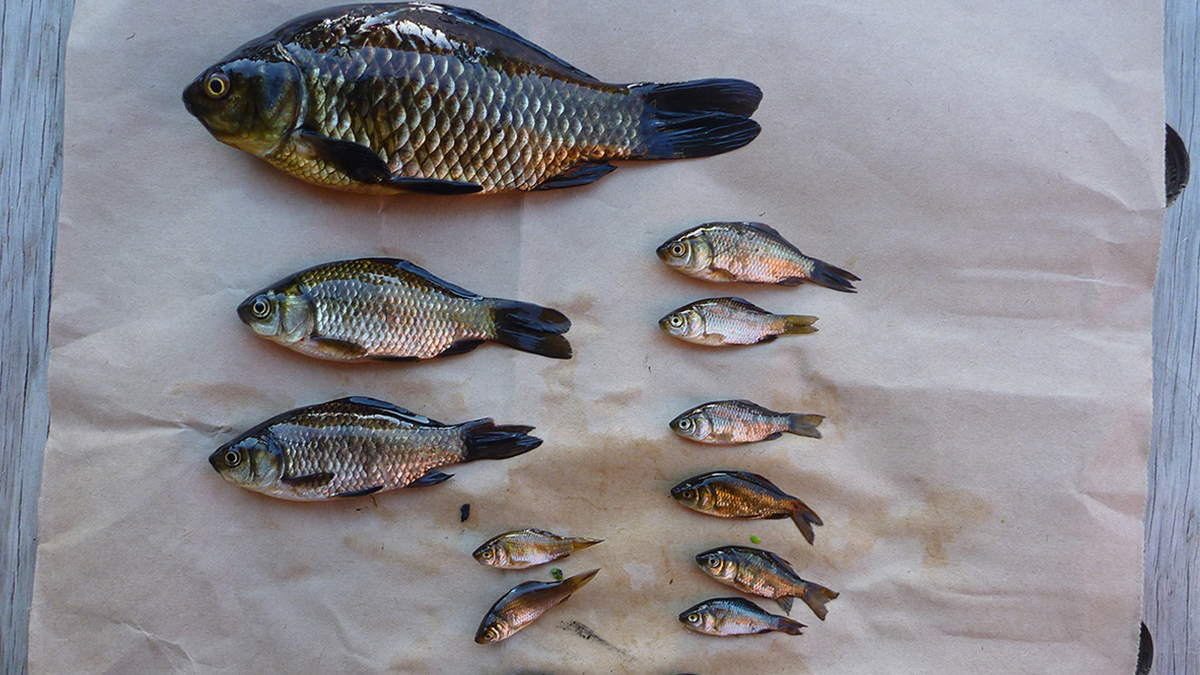 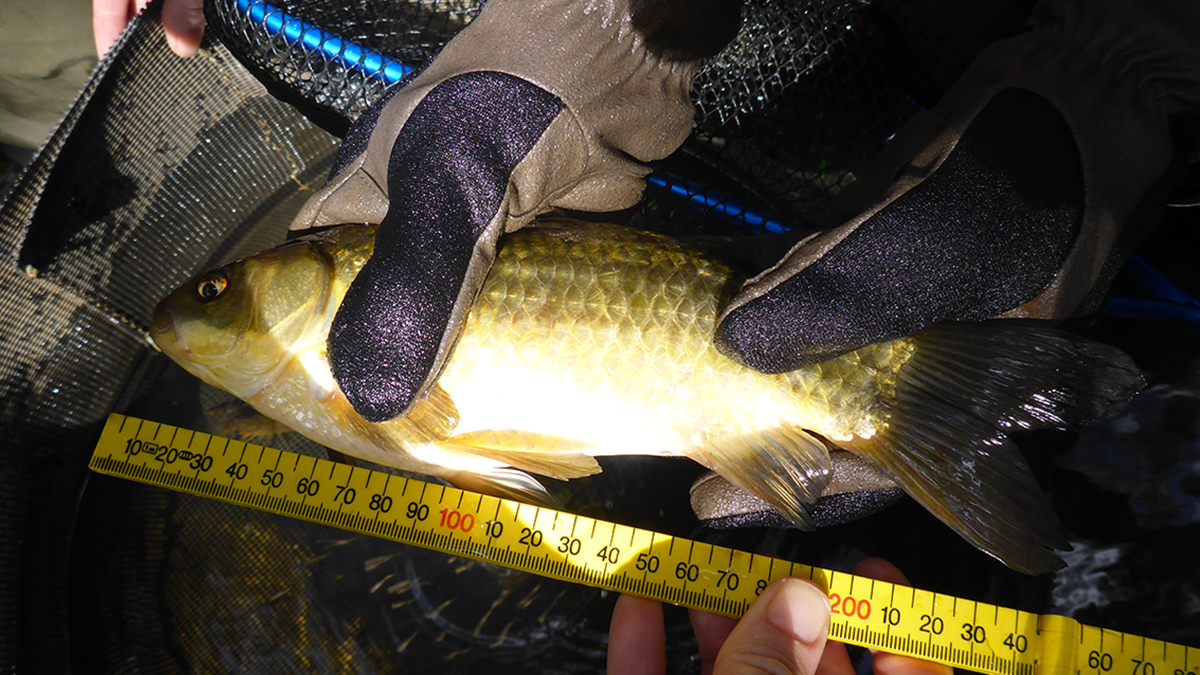 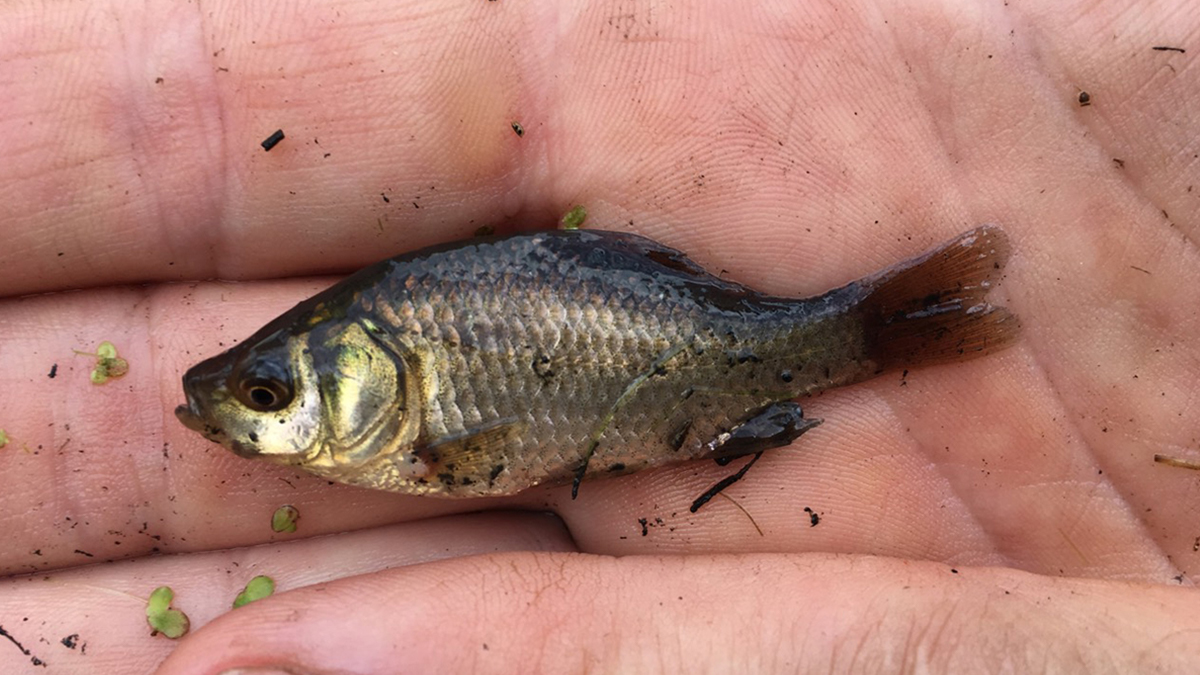 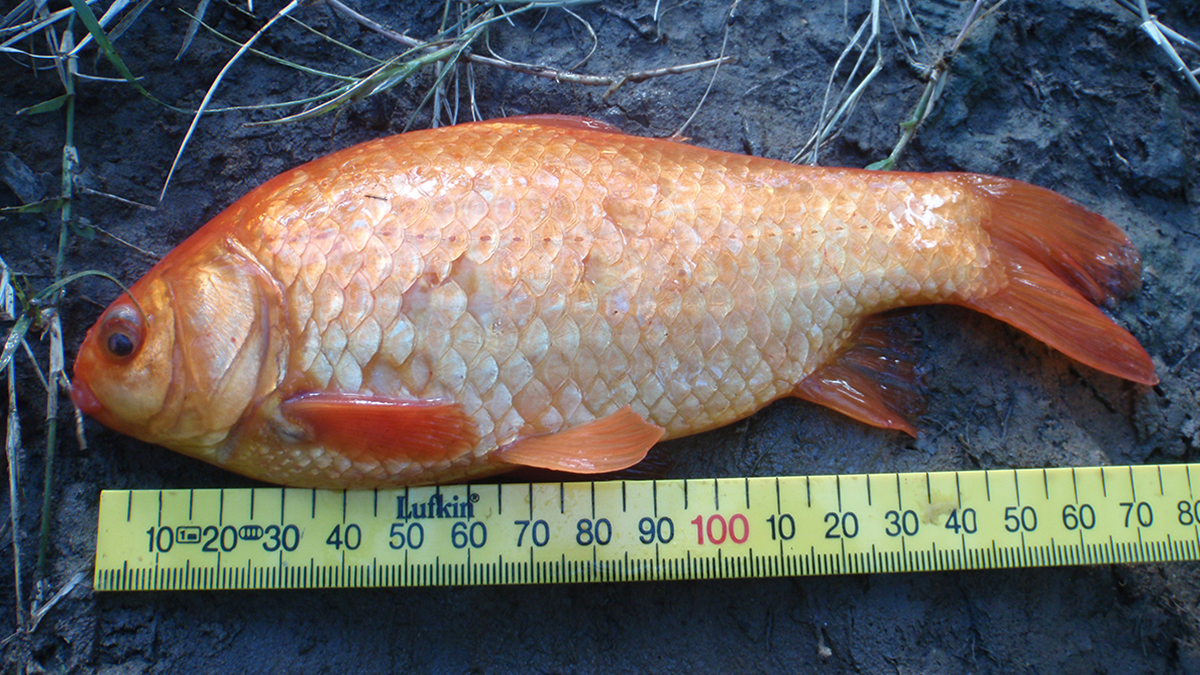 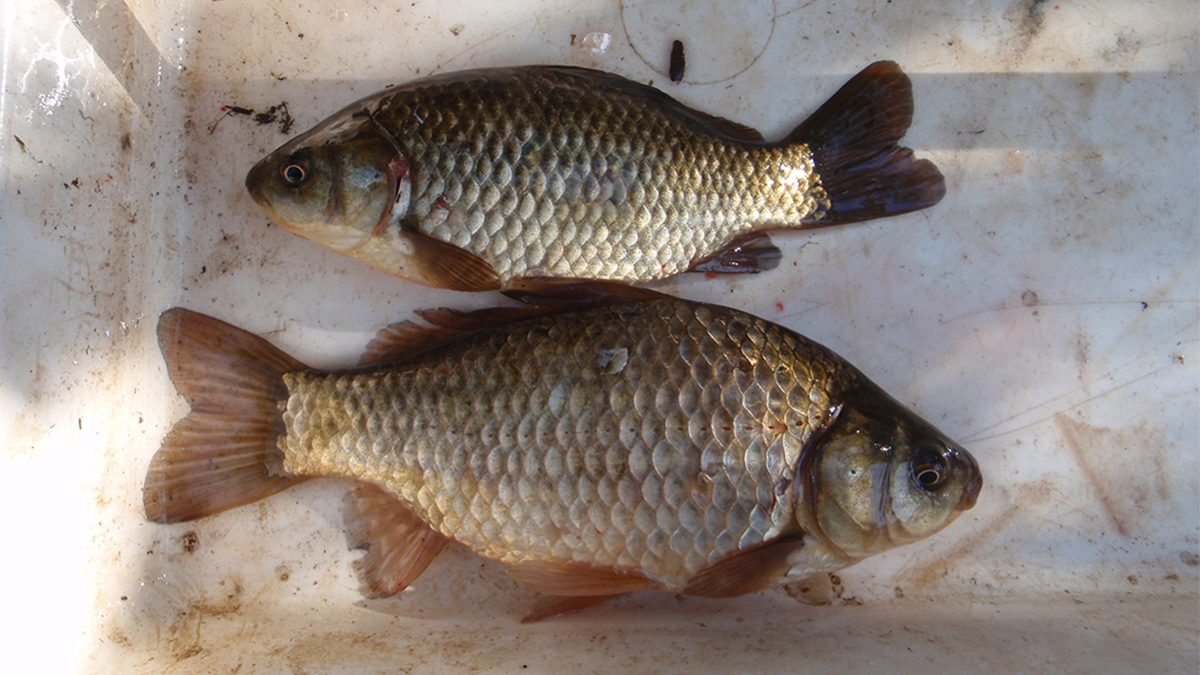 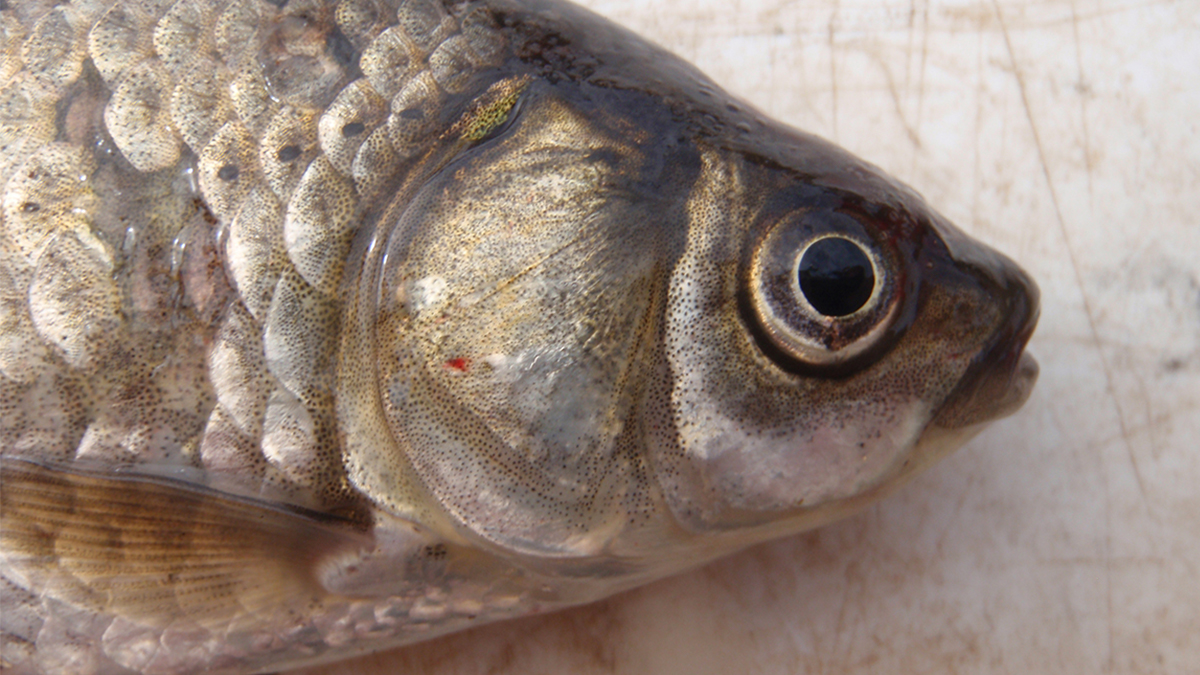 The goldfish is native to East Asia, but based on its popularity as an aquarium fish, it is has been translocated to most countries and subsequently found its way into wetlands and rivers – including the south-west of Western Australia.

They are highly tolerant, surviving in still or flowing water, withstanding relatively high temperatures and salinity, and low oxygen levels – so their range is expected to continue to expand as opportunity allows. While they were thought to be relatively sedentary, a recent acoustic tracking study in the Vasse River demonstrated they are quite mobile, with an individual moving 231 km within the river over a one year period.

Goldfish reproduce in spring and can lay several thousand eggs, which hatch in about a week. Growth in eutrophic systems is extremely rapid with the fastest growth rate on Earth recorded in the Vasse River where they reach up to 18 cm in the first year of life.

They are omnivorous an opportunistic, feeding on small crustaceans, plants, algae and detritus. Feeding on blue-green algae is known to fuel algal blooms in the region.

Over many decades the species has become widely established within a number south-west rivers. Little is known about the impact goldfish have on native fish, particularly in regard to competition for food, resources and habitat – though they have been known to transmit a number of disease to native fish, e.g. goldfish ulcer disease (bacterial) and anchorworm (Lernaea).

As with most exotic species, once they are established it is unlikely that they can be completely removed from an open system without longterm persistence. Protecting and enhancing the health of our rivers and streams to suit native fish, is one way to control numbers, as this gives our native aquatic fauna a competitive advantage. There has however been several successful control events in the region.

Also reporting observations of exotic species, particularly in areas not identified here may help us to stop the spread. If you see an exotic species please notify the biosecurity section at Fisheries: 1800 815 507 or email  (biosecurity@fish.wa.gov.au).