It is relatively easily identified by 5 prominent keels on the head (only sharing this trait with marron species; although marron generally have more pronounced keels), two spines on the rostrum (separating it from koonac species), and the absence of spines on the telson (which are possessed by the marron species). It also has more rounded chelipeds (claws) compared to marron, and typically the pincer section is around 1/3 of the chela length - versus closer to 1/2 in marron. Individuals from populations in seasonally dry systems (i.e. that rely on burrowing, see Habitat section below) tend to have a less well-defined central keen, and thus can be confused with koonac species, however koonacs claws are generally more broad and spade-like do not have spines on the rostrum. They can closely resemble the restricted gilgie, refer to distinguishing features for that species.

Colour can vary from light to dark brown, and almost black in some systems. They can be heavily mottled, particularly obvious in lighter coloured species. They can also possess an orange-brown stripe running down the centre of the back (see Gallery). 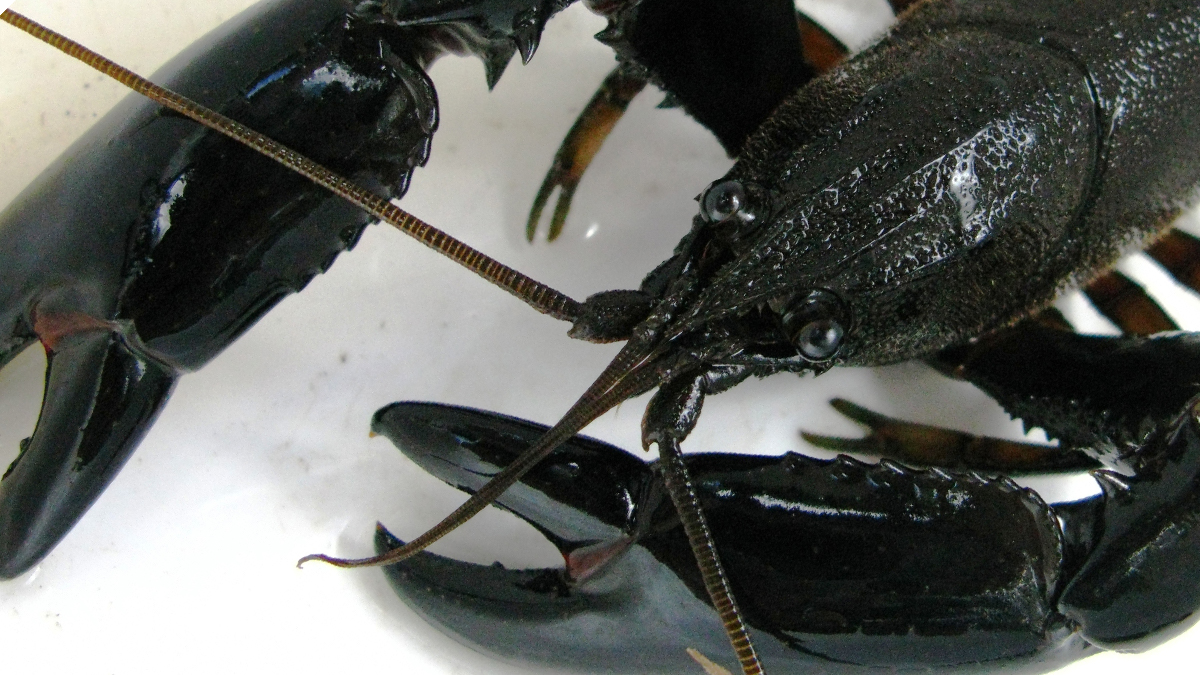 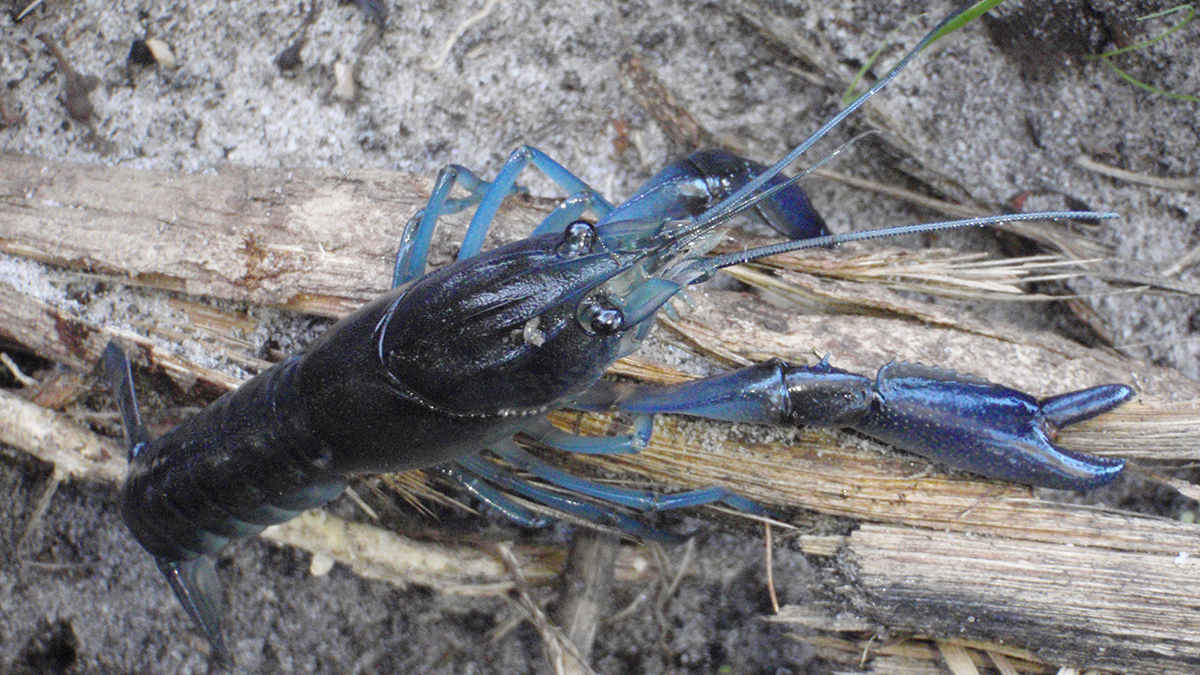 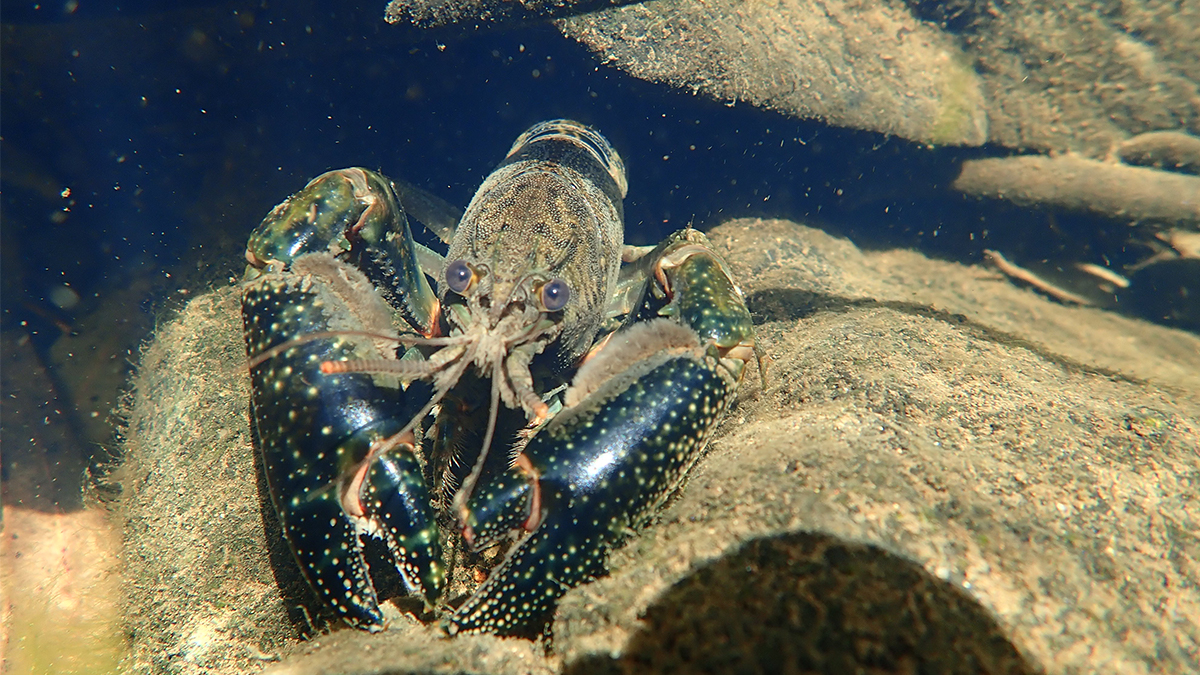 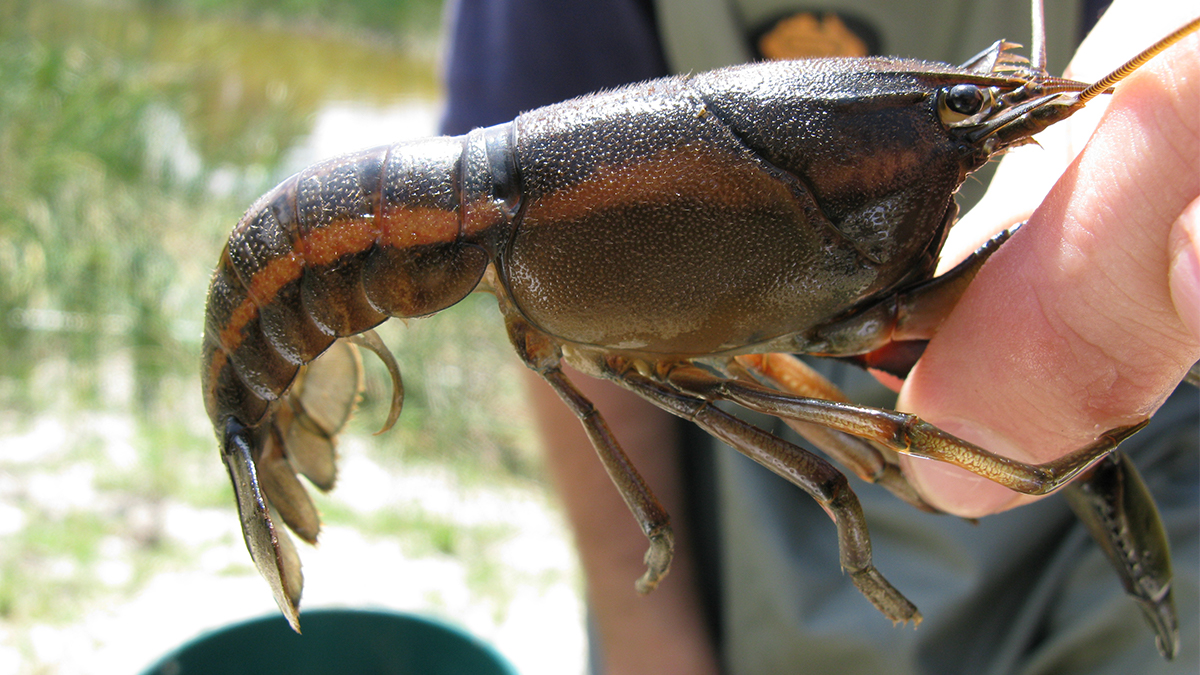 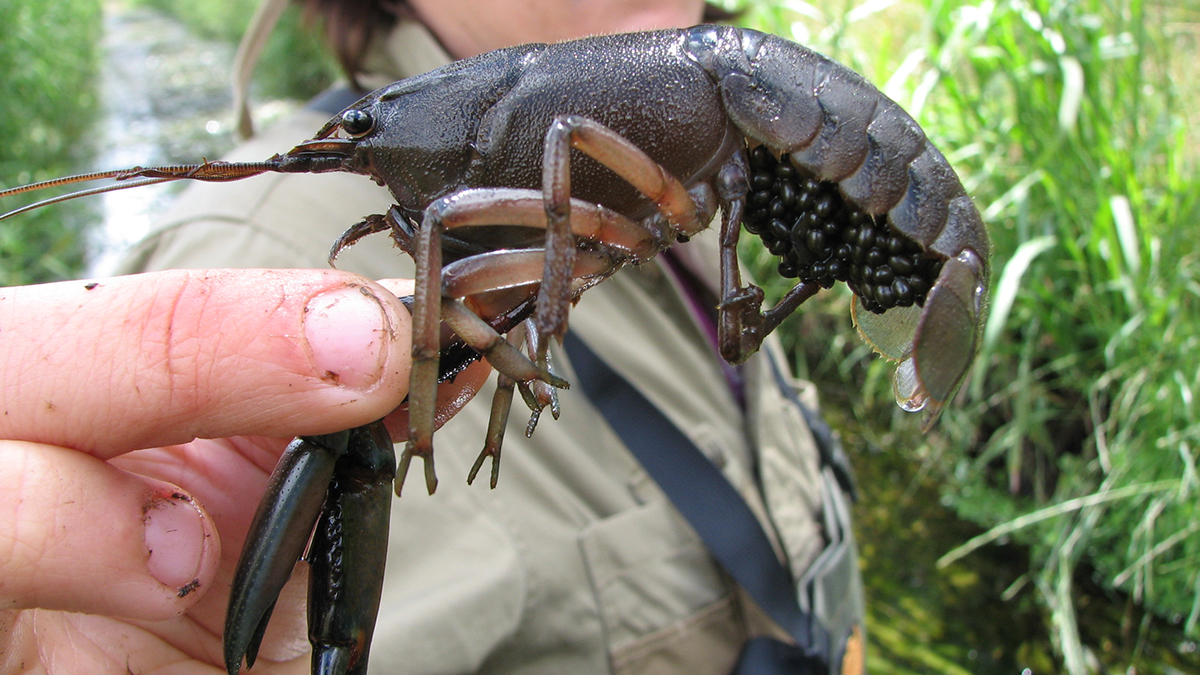 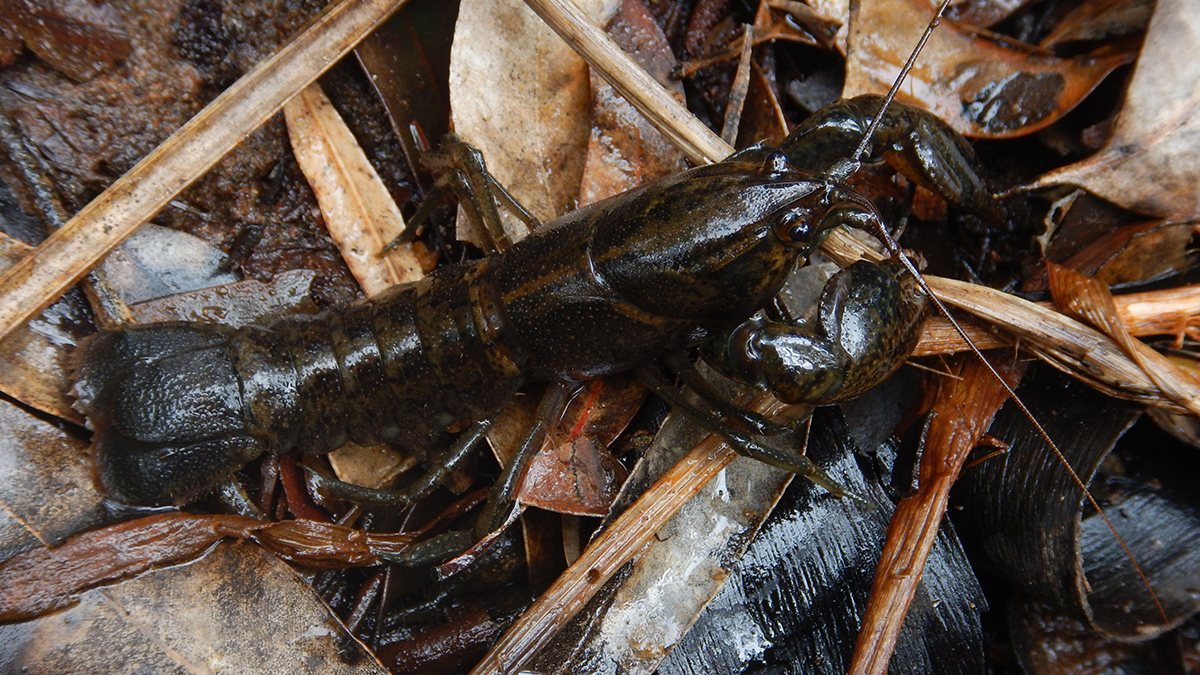 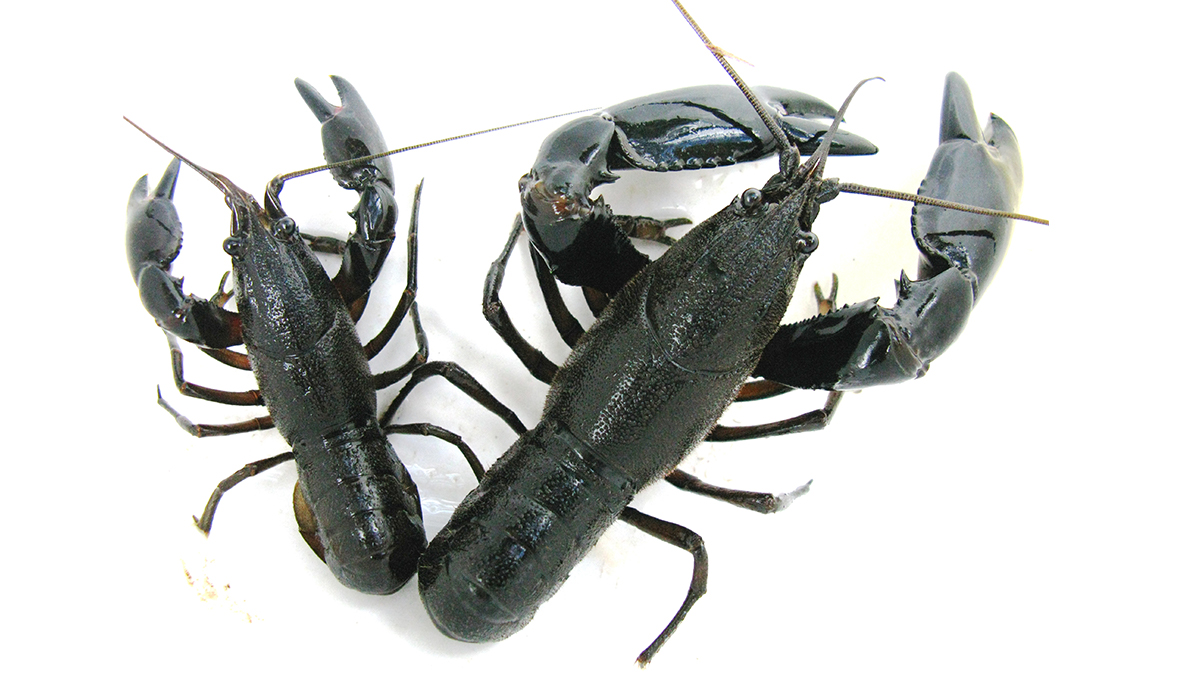 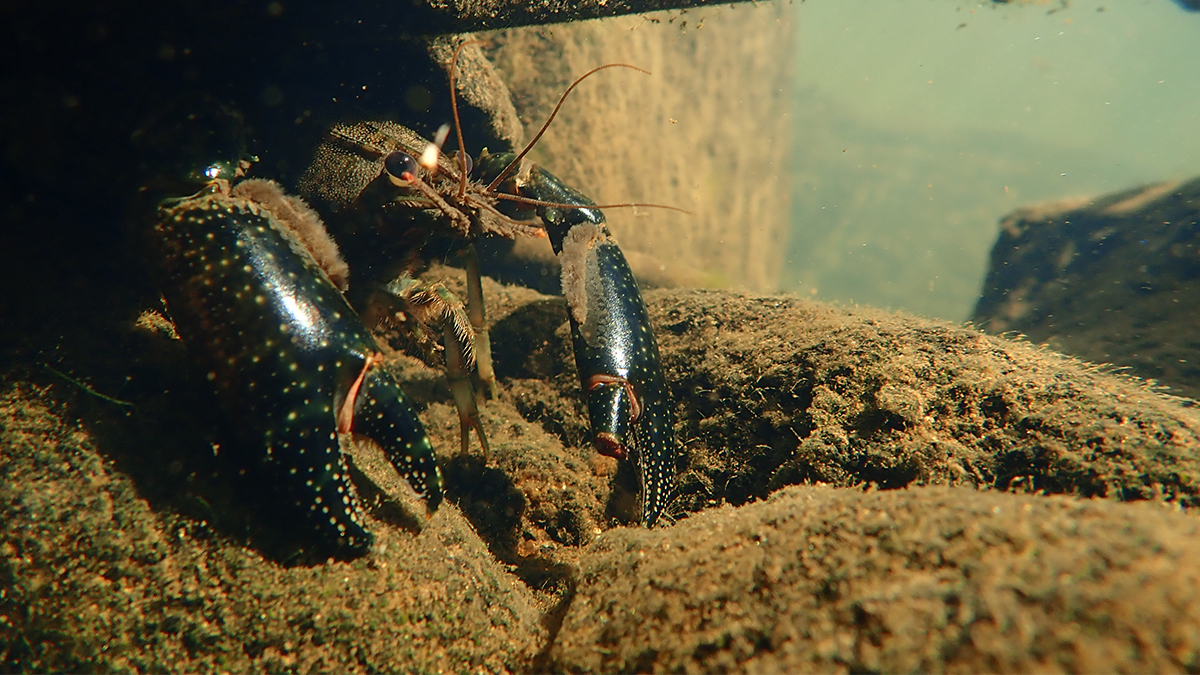 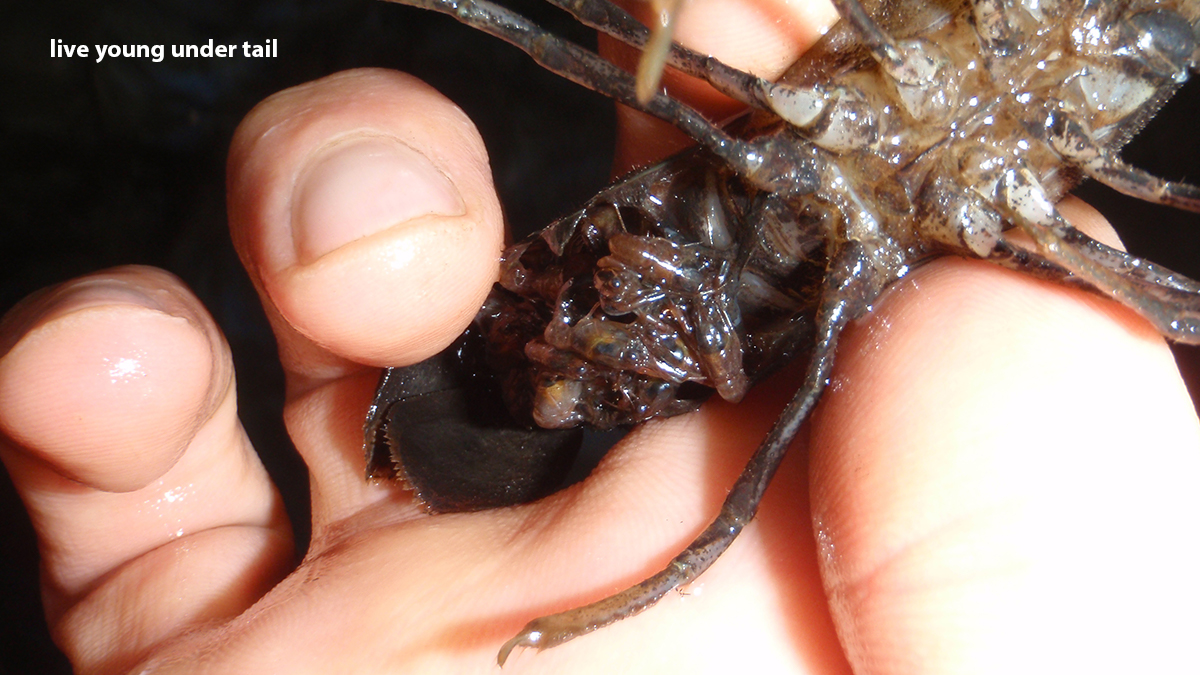 Widespread through the south-west from Moore River to Denmark. Commonly coexisting with the native smooth marron though will tolerant more seasonal habitats as well.

As with all south-west Australian crayfishes, is considered a benthic omnivore and can consume a wide range of food items.

Found across a range of freshwater habitats, including rivers, streams and wetlands. Will tolerate seasonal drying (dig burrows to the water table to avid drying), and able to exist in slightly brackish waters.

Breed through spring and summer and in more permanent habitats can breed up to 3 times in a year.

Not listed as threatened, but has declined in areas of salinisation.