They are large bodied (at least 8 kg in south-western Australia) and have been selectively bred for their bright coloration (usually combinations of orange and white).  They have prominent barbels around their lip, which is a distinguishing feature from the goldfish (that lack them), with goldfish also not growing as large (up to 40 cm and 2 kg) as carp.  The two species are also known to hybridise and can be difficult to differentiate particularly when immature. 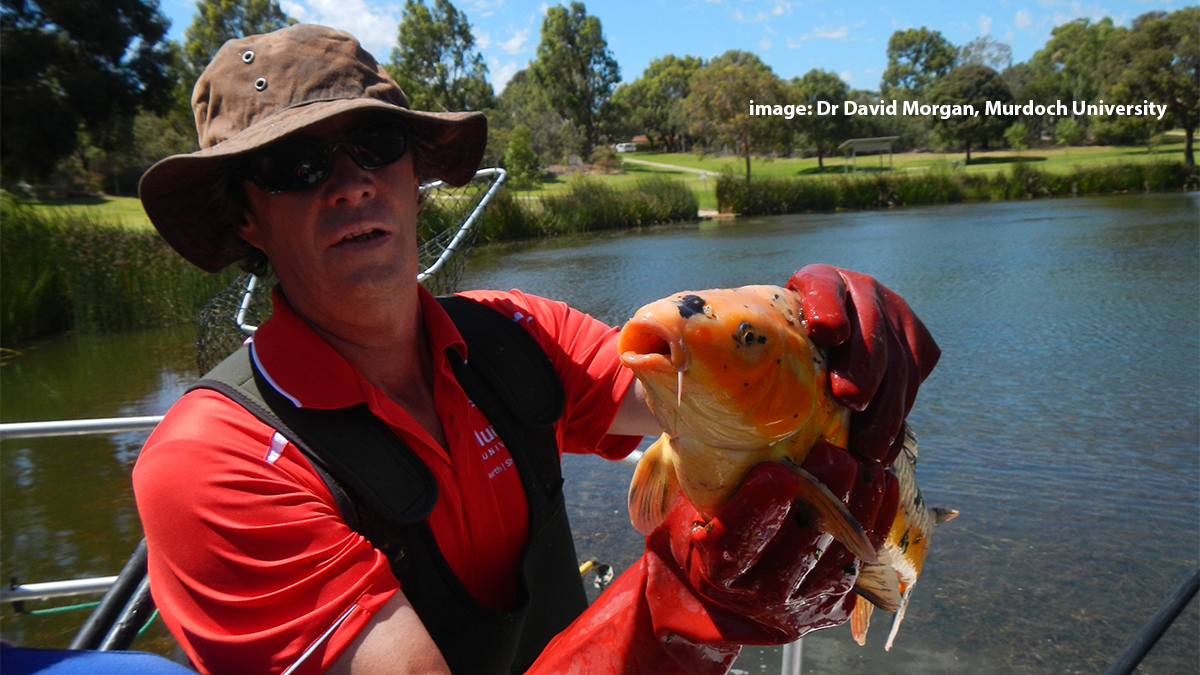 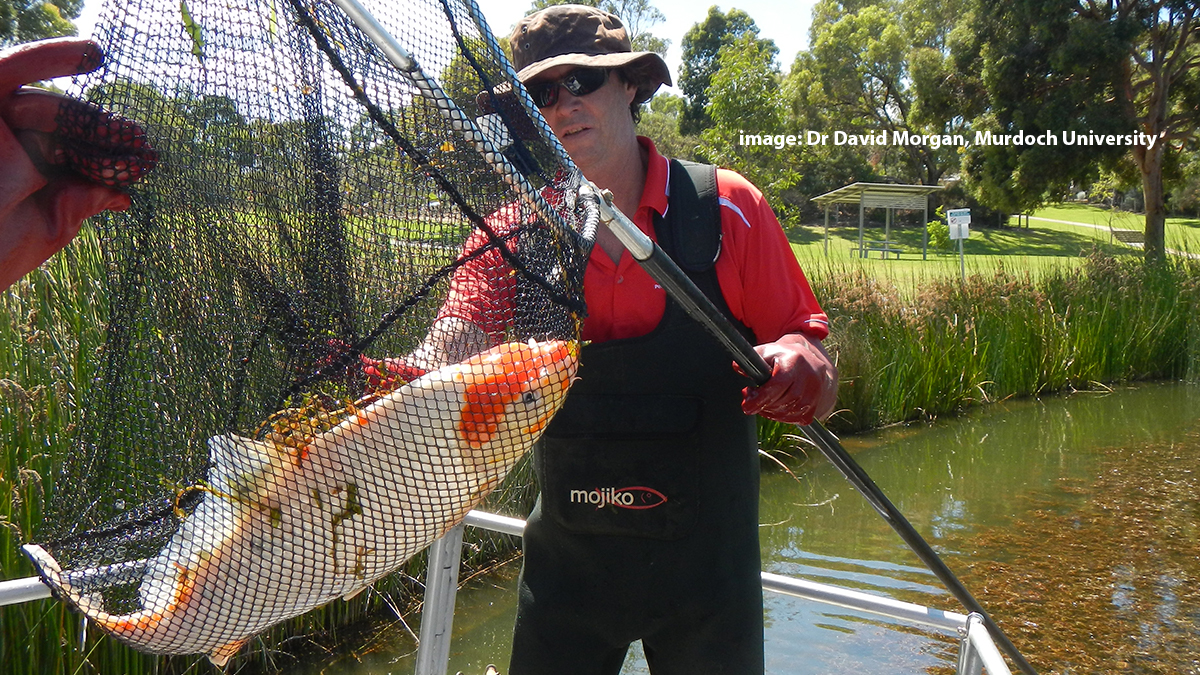 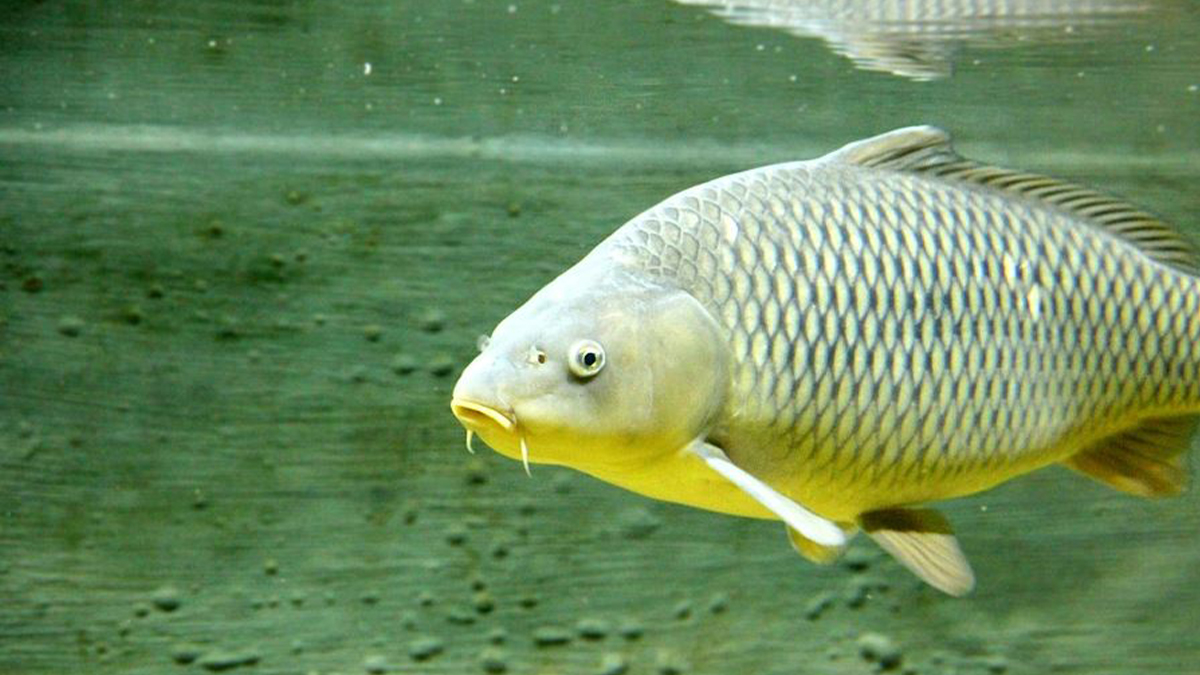 Koi carp is the strain of carp introduced into south-west Australia in 1947 and originate from East Asia.  Koi carp are highly prized by many aquarists as an ornamental species in ponds. They have been introduced throughout the globe.  Western Australia currently lacks other highly damaging strains of common carp (Boolara strain and other variants) that have decimated larger rivers in eastern Australia and the damage there is estimated at $500 million / yr.

Similar to goldfish, carp are a hardy species tolerant of low oxygen, a broad range of temperatures and moderate salinity.  They favour standing waters and have been introduced into numerous wetlands on the Swan Coastal Plain.

Carp breed in spring and can produce 100’s of thousands of eggs that are sticky and hatch within a week.  They have no oral teeth, instead using pharyngeal teeth in their throat.  Their feeding habitat is known has ‘mumbling’ whereby they suck sediments from the bed, filter out food items and puff out the remains through the gills, which stirs up the sediment and thus increases turbidity and resuspends nutrients into the water column.  This can also damage aquatic vegetation.

Commonly encountered in natural and artificial urban lakes on the Swan Coastal Plain.  Deliberate introductions for sport fishing has also been reported. While not as damaging as the common carp in eastern Australia, it would contribute to poor water quality (particularly turbidity) in wetlands and lakes, and compete for food, resources and habitat with native species.

Control programs have been undertaken within several urban lakes on the Swan Coastal Plain.  However, these are very labour intensive.  Education of the general public of the issues associated with exotic species such as carp and the benefit (such as controlling mosquito and midges) of the smaller native south-west fishes is important to halt its spread.

Also reporting observations of exotic species, particularly in areas not identified here may help us to stop the spread. If you see an exotic species please notify the biosecurity section at Fisheries: 1800 815 507 or email (biosecurity@fish.wa.gov.au).