A small, native fish which grows to a maximum total length of 120 mm (nose to tip of tail). Brown to beige body colour, often with dark scale margins that forms a network pattern on the sides of the fish. Breeding males have red to orange dorsal and anal fins, that have a black band on the sub margin, and a light blue margin to those fins (see photos). Can be confused with the less commonly found golden gudgeon (Hypseleotris aurea) but the empire gudgeon has larger scales and more vivid colours. For the Healthy Rivers project the empire gudgeon has only been detected in the Greenough River in the Mid West region of WA (site and habitat photos included below).

This page was developed based on information from the Australian Museum. For further information and images see here 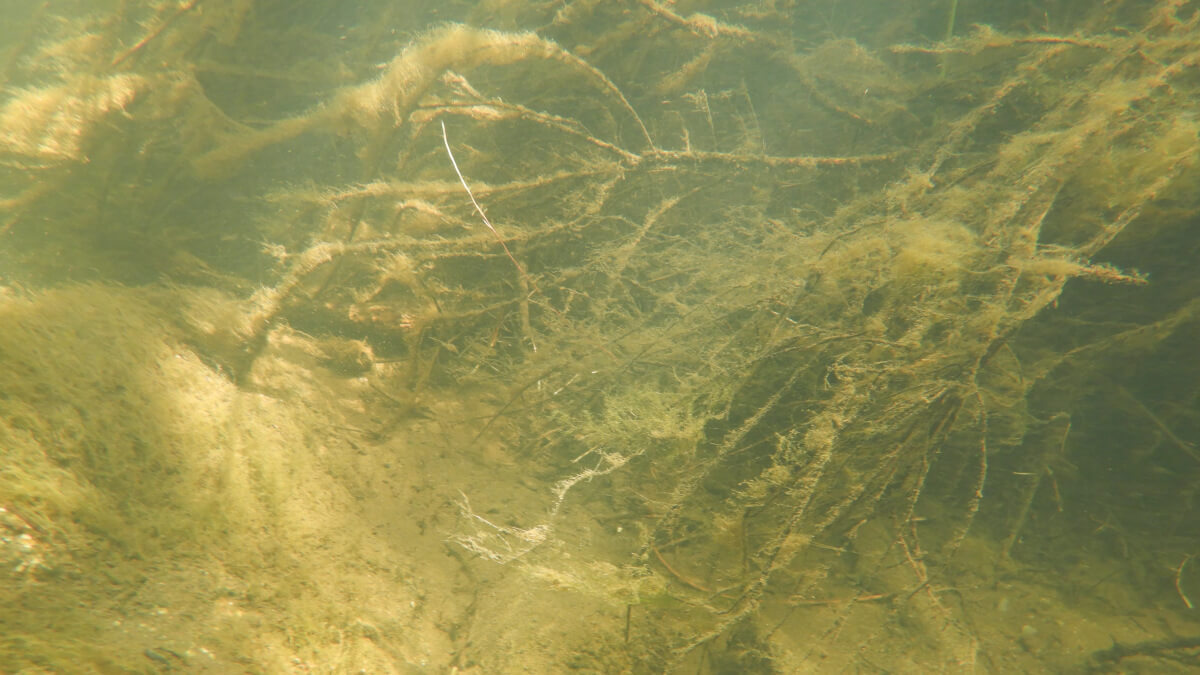 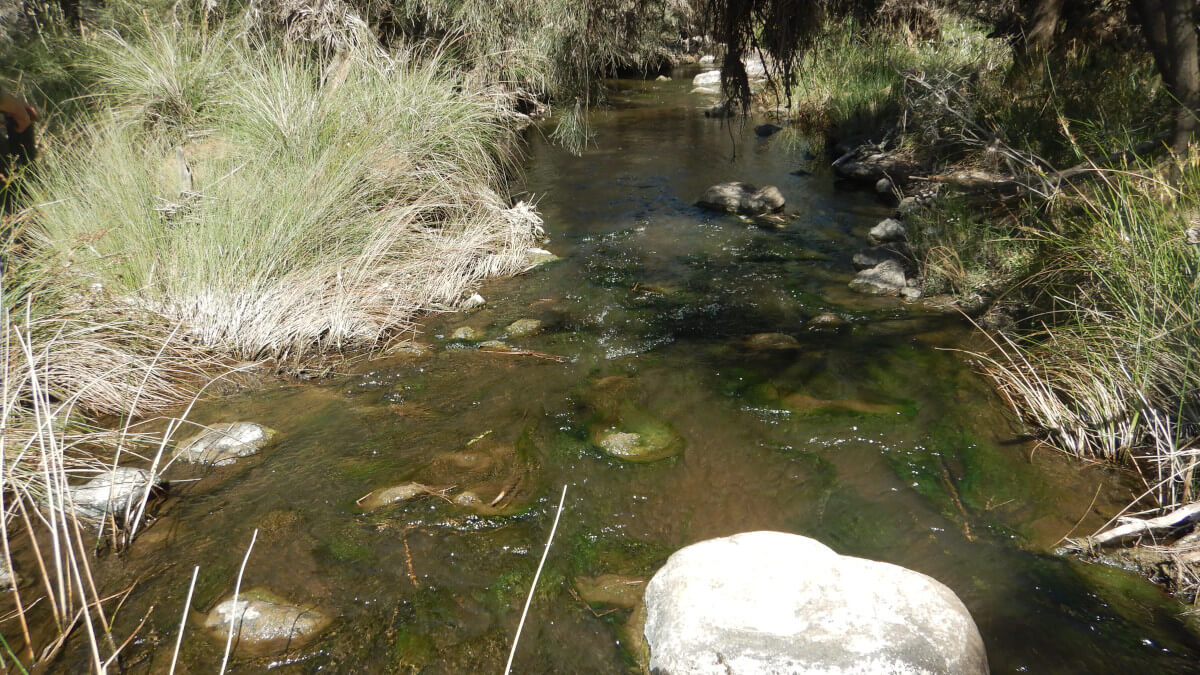 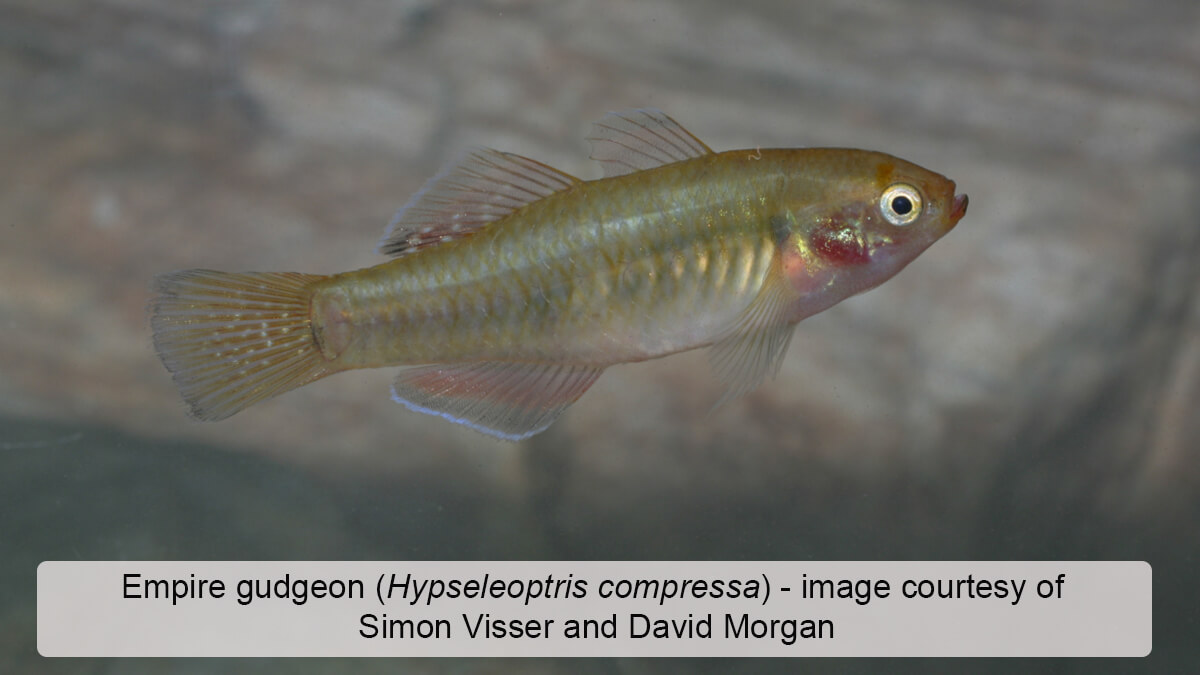 They are found in coastal rivers, streams, swamps and lagoons across northern Australia, with their natural range extending north from the Murchison River in WA to the Nadgee River NSW. They also occur naturally in Papua New Guinea.

For references regarding distribution in the Pilbara and Kimberley regions of WA see Morgan and Gill (2004) and Morgan et al. (2011).

While listed here as occurring in freshwater and estuarine habitats, this species is euryhaline; meaning it tolerates a wide range of salinity from freshwater through to seawater. Generally inhabits estuaries and tidally influenced areas and only occasionally penetrates farther inland. Prefers the cover of aquatic vegetation or woody debris.

This fish has an omnivorous diet that includes detritus, insect larvae, algae, crustaceans and molluscs. Breeding occurs during warmer months, at which time males develop vibrant, nuptial colours and become more aggressive and territorial. Females spawn batches of eggs, which are tended by the males for two weeks until hatching.

Within its natural range within the Mid West, Pilbara and Kimberley regions of WA, the species is not listed as threatened. One specimen was recorded by Morgan and Beatty (2008) on a drainage line off the lower Preston River, on the outskirts of Bunbury in the state’s South West region, where it is regarded as exotic (introduced).

Morgan DL and Beatty SJ (2008). Fishes and freshwater crayfishes of major catchments of the Leshenault Estuary: Preston and Brunswick River, including first record of a freshwater gudgeon (Eleotridae) from south-western Australia. Journal of the Royal Society of Western Australia 91: 155-161.

Morgan DL, Allen GR, Pusey BJ and Burrows DW (2011). A review of the freshwater fishes of the Kimberley region of Western Australia. Zootaxa 2816: 1-64.