This page was created in partnership with Fisheries Western Australia.

The upper body is dark olive green to bluish, the sides are lighter and the belly is silver-white. The head and body are heavily speckled with small black spots, and there are often pink, red or orange markings along the head and flanks.

Rainbow trout live for three to four years and can reach over 5 kg and over 60 cm, though in south-west waters they are more typically encountered below 2 kg and 20-40 cm. 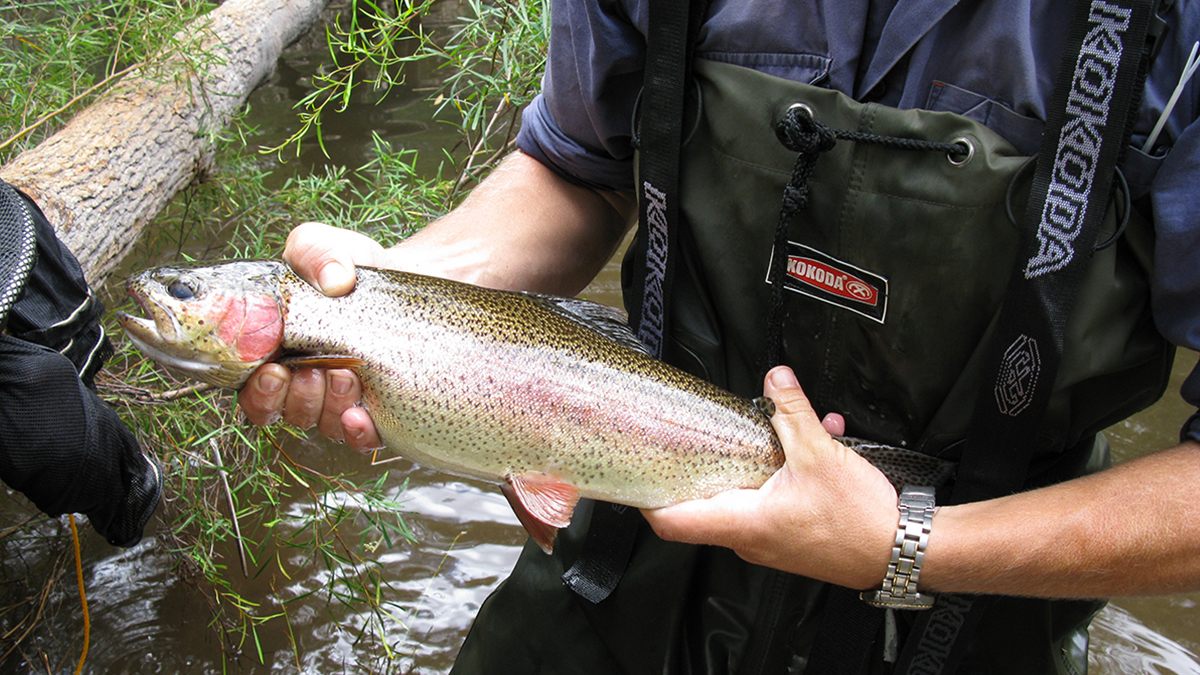 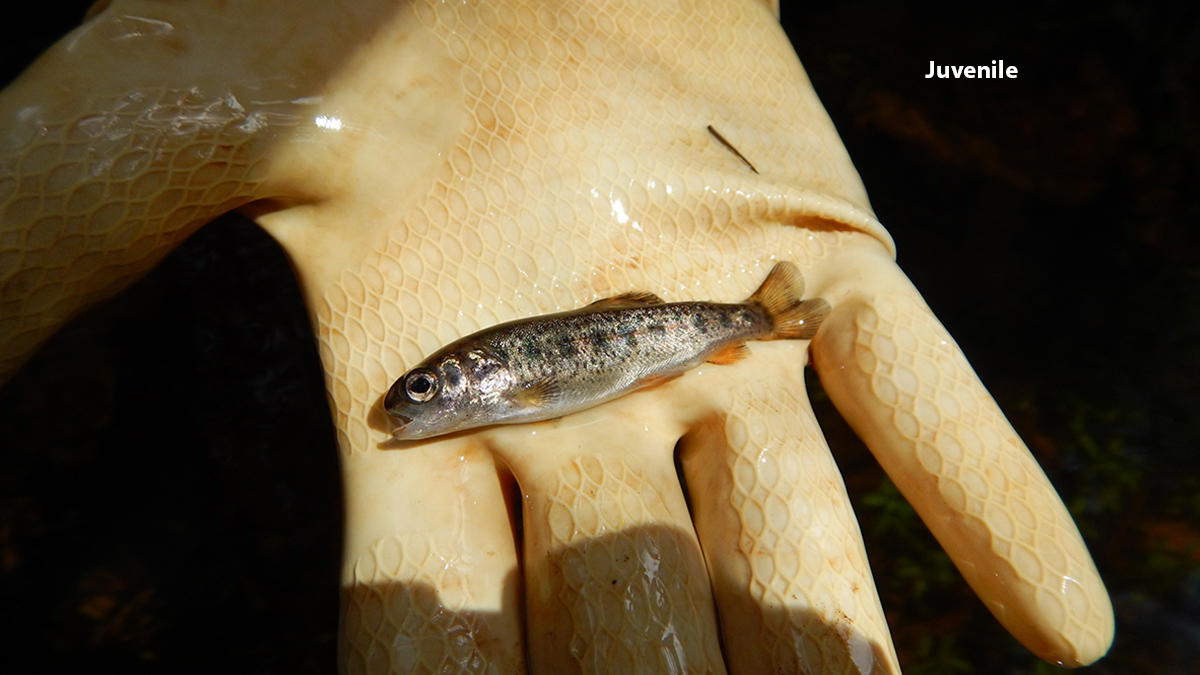 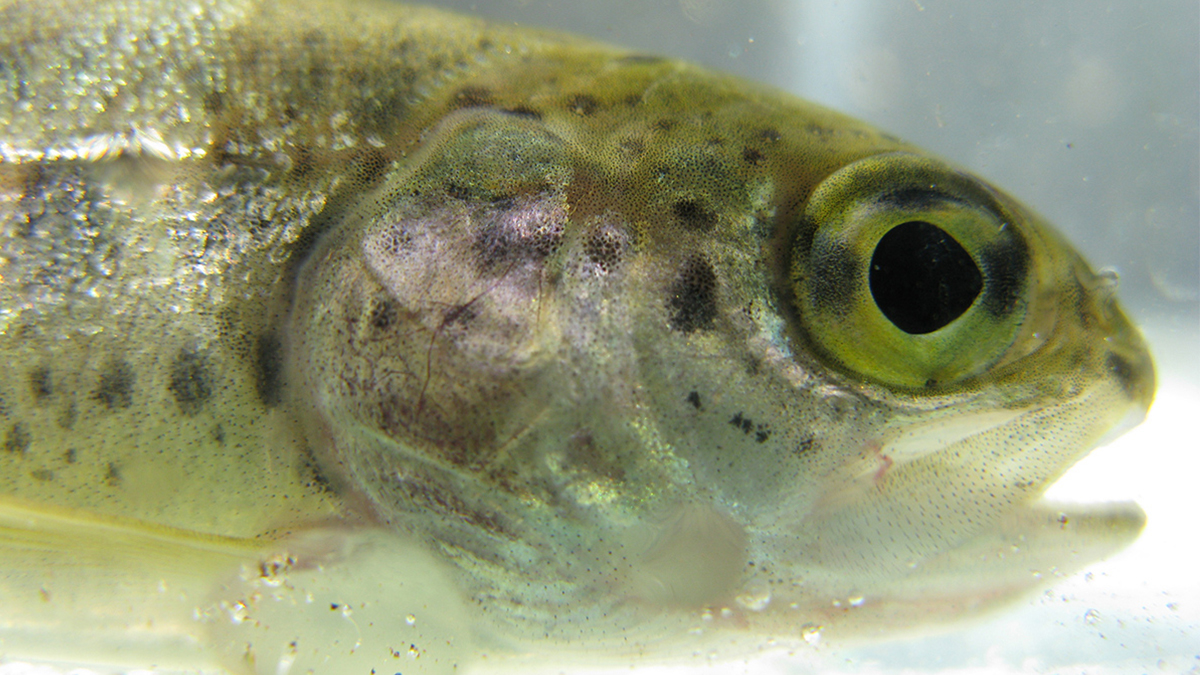 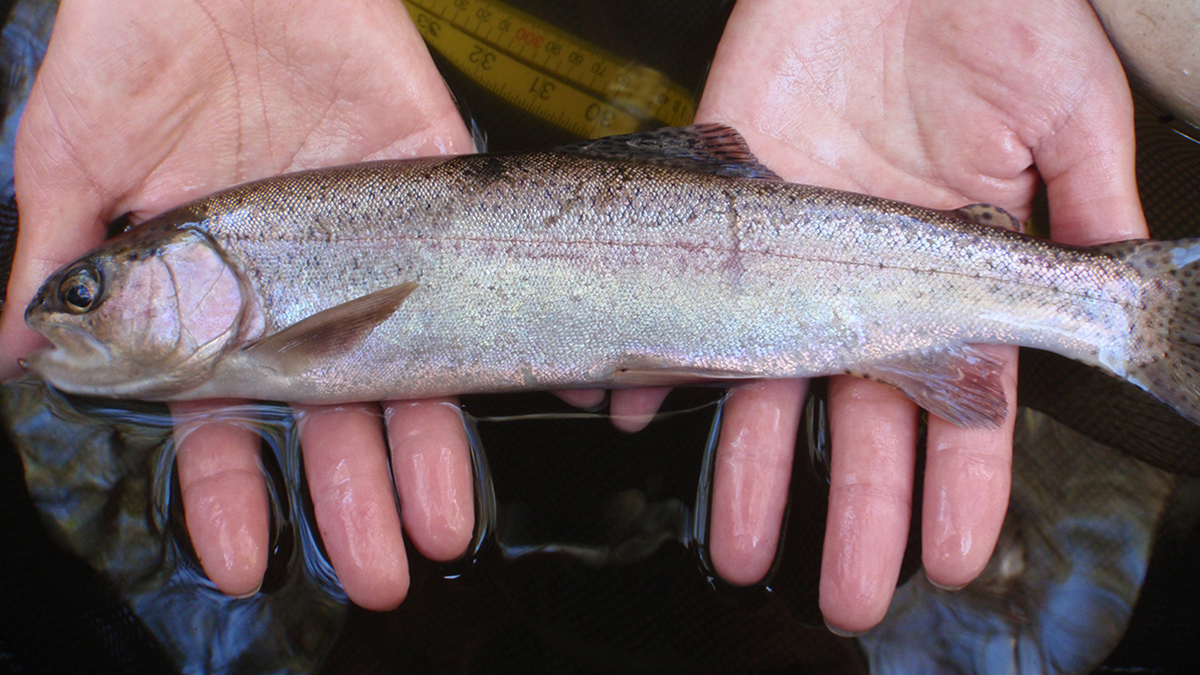 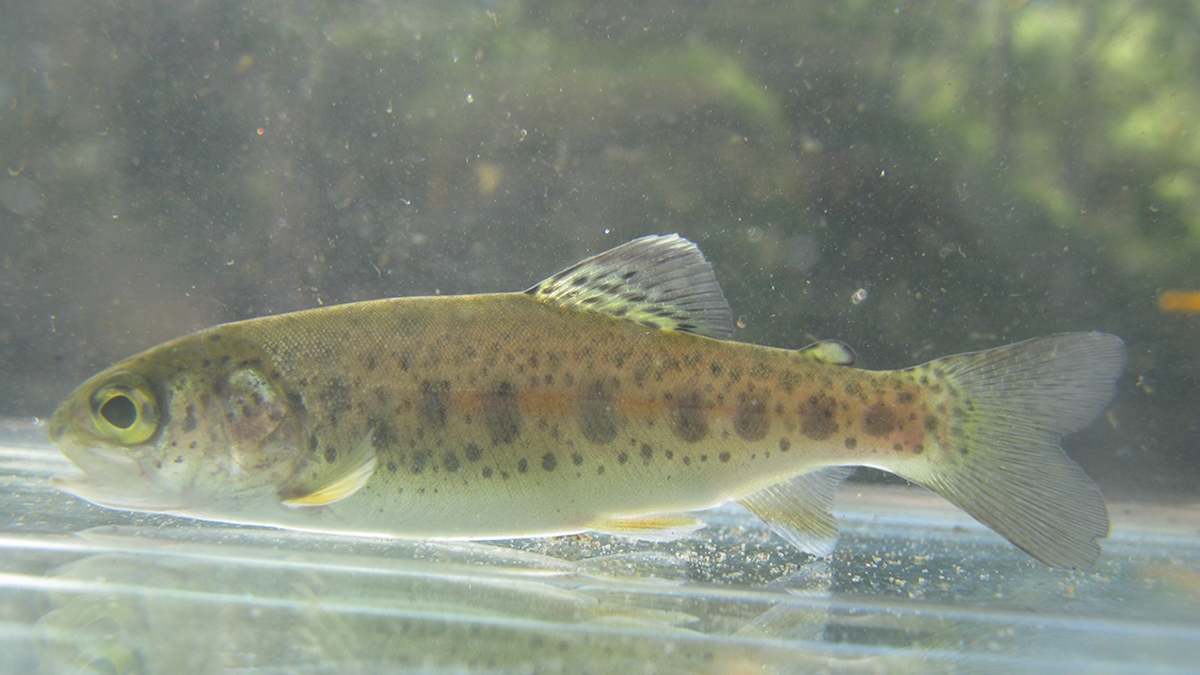 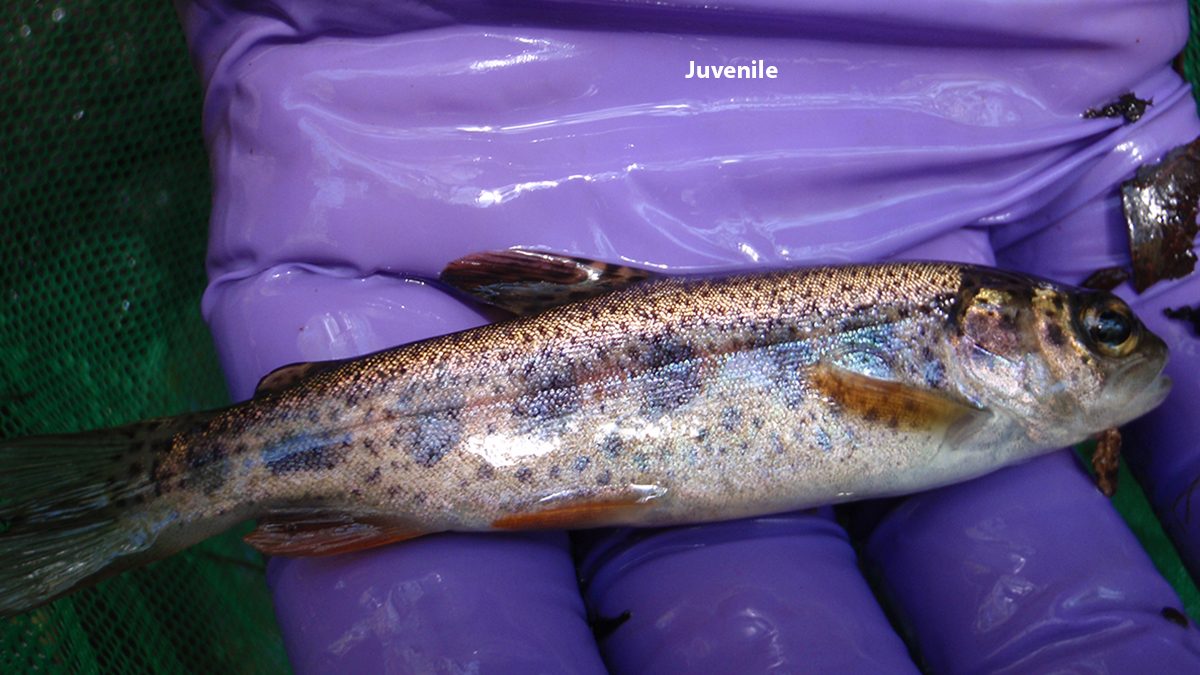 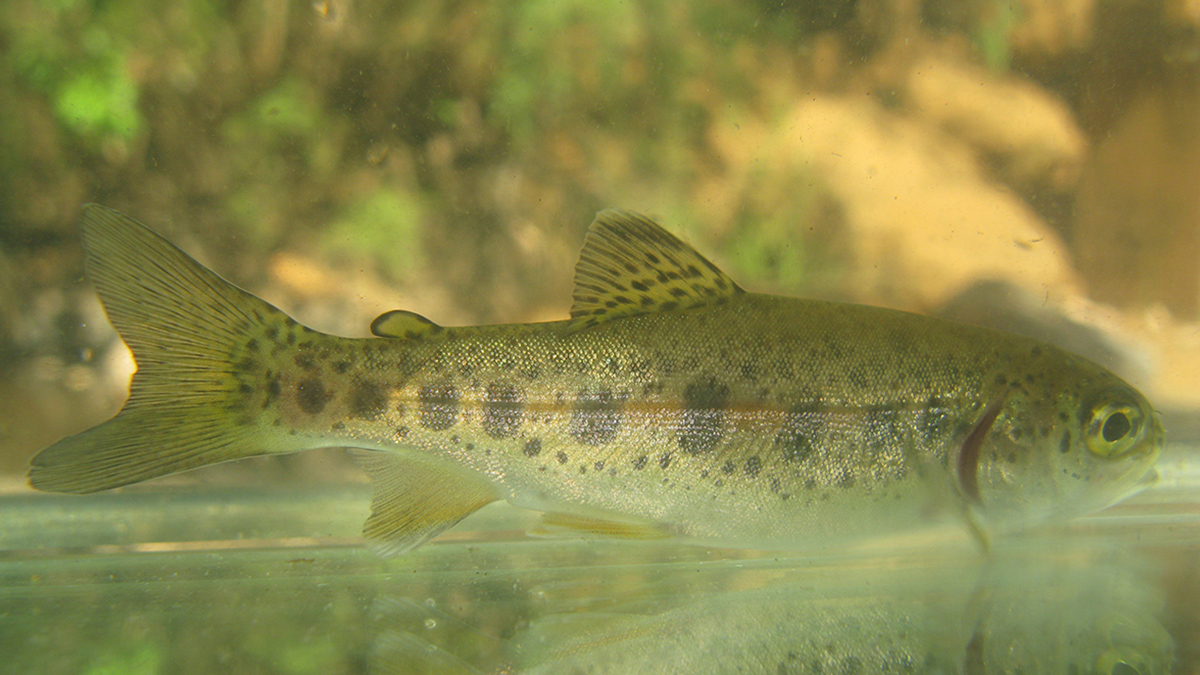 Rainbow trout are exotic to Australia. They were first introduced to south-west Western Australia in the late 19th century for recreational fishing, and are still annually stocked into some systems from hatchery stock produced in Pemberton. Trout were not expected to form self-sustaining populations, but have now been shown to breed successfully in some areas.

They were originally released into streams between Albany and Gingin, but in most cases failed to establish due to the lack of suitable conditions.

Hundreds of thousands of trout are stocked each year into south-west rivers, the annual locations can be found here: (https://www.fish.wa.gov.au/Species/Rainbow-Trout/Pages/Trout-stocking.aspx)

More information about trout stocking in the south-west, along with annual release locations and numbers are available from the Fisheries website.

Whilst mortalities are seen when water temperatures reach over 26ºC, the trout produced in the Pemberton hatchery are more adapted to withstand the higher temperatures seen in the south-west

Naturally, trout need a bed of gravel with oxygenated water filtering up through the bed to lay their eggs. These habitats are usually found in mountainous upper reaches of rivers and tributaries. Within two months, eggs become young fish (fry) and emerge to feed.

However, while there are exceptions, most rivers and streams in south-west WA have sandy, silty bottoms which is unsuitable for creating nests, and even if eggs are produced, silt and lack of well-oxygenated flowing water often combine to smother the eggs and larvae.

As trout typically don’t breed naturally in the south-west, they are artificially spawned at the Pemberton hatchery in June each year, and fry, yearlings and ex-broodstock are stocked into selected rivers.

In WA rainbow trout are ready to breed at about two years of age and females can produce up to 2000 eggs per kilogram of body weight.

Trout are an exotic species to Australia. Outside of areas stocked for recreational fishing, they should be removed to protect native species.