Redfin, or European, Perch are a medium-sized freshwater fish native to northern Europe. They will grow in excess of 60 cm and 10 kg, however in southwest waters are more typically seen at less than 40 cm and 1-2 kg. Due to extremely successful breeding, they are known to overpopulate areas.

They are a deep-bodied fish, with a slightly forked tail and two separate dorsal fins. They have five or more distinctive thick, vertical black bands running along the length of their body, and a black blotch at the rear of the first dorsal fin. Body colour varies from olive green to grey on the back, fading to greenish or silvery on the sides and whitish on the belly. 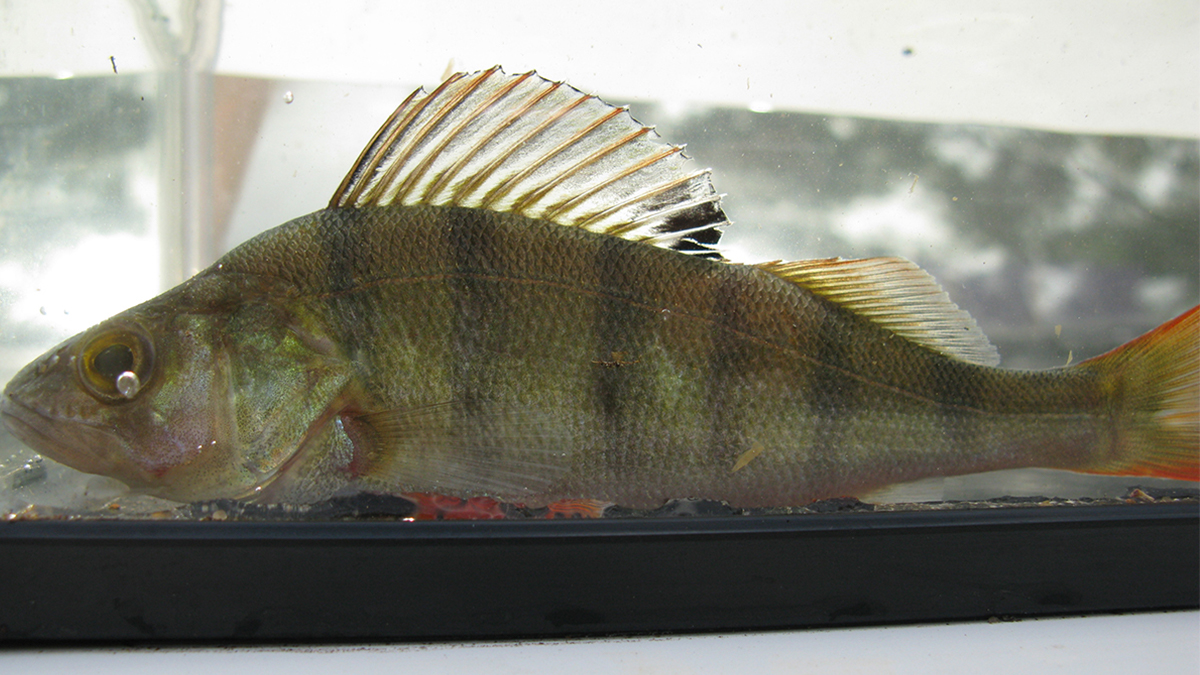 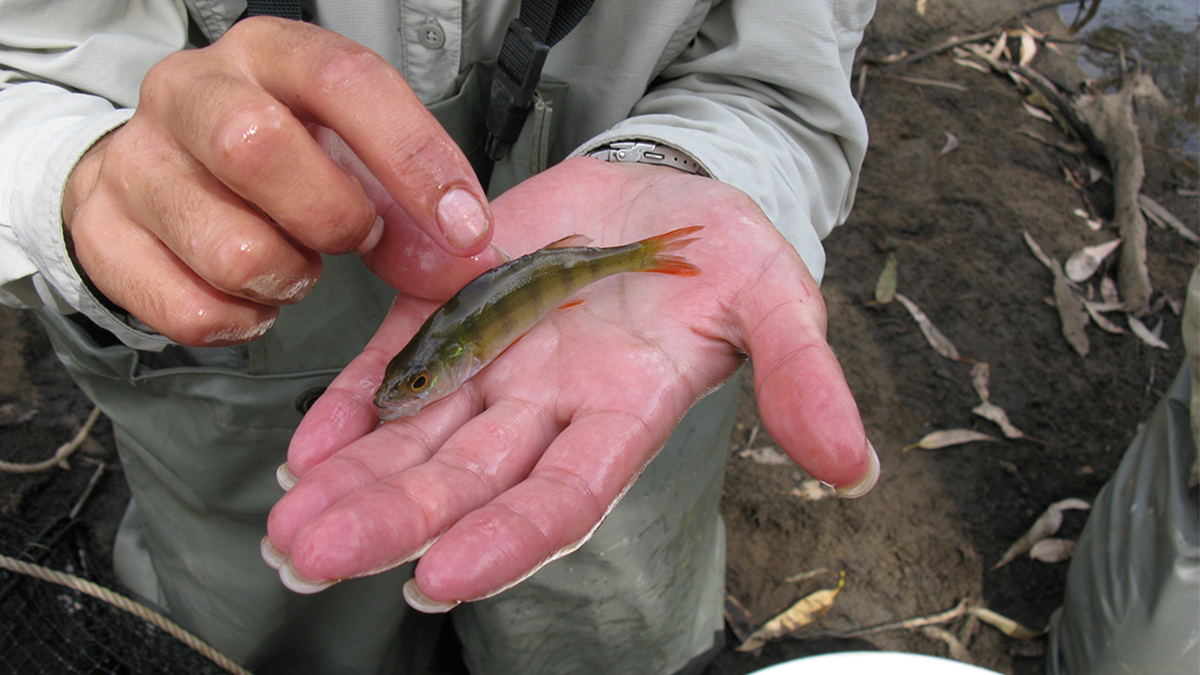 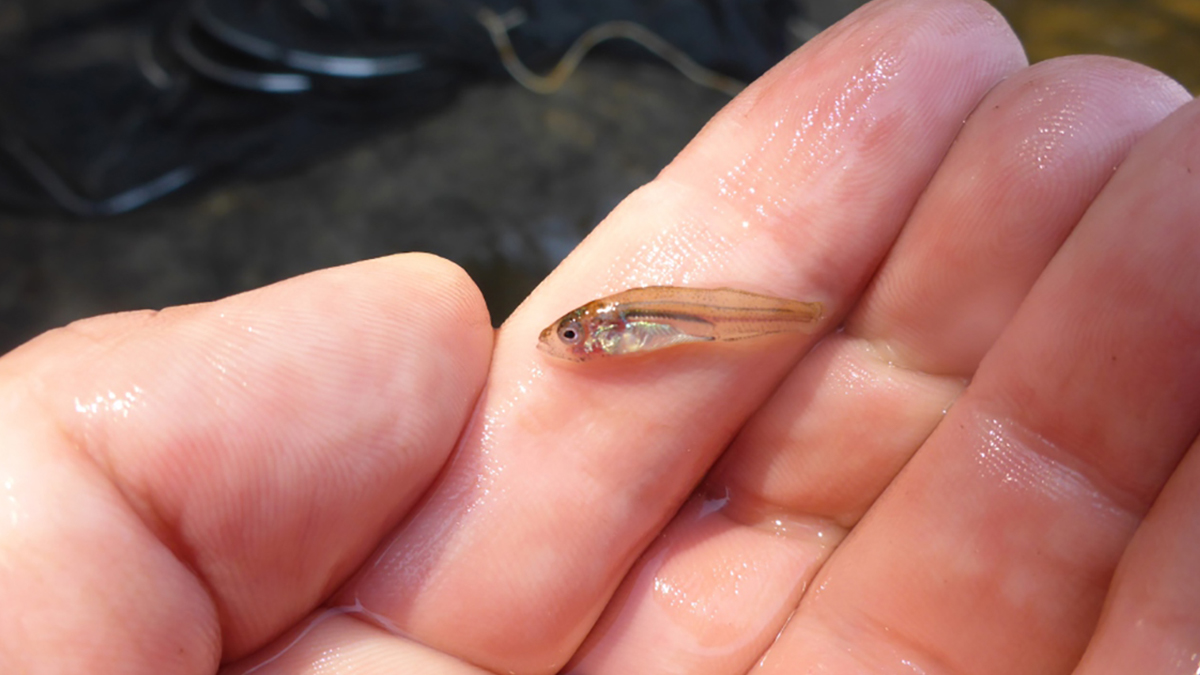 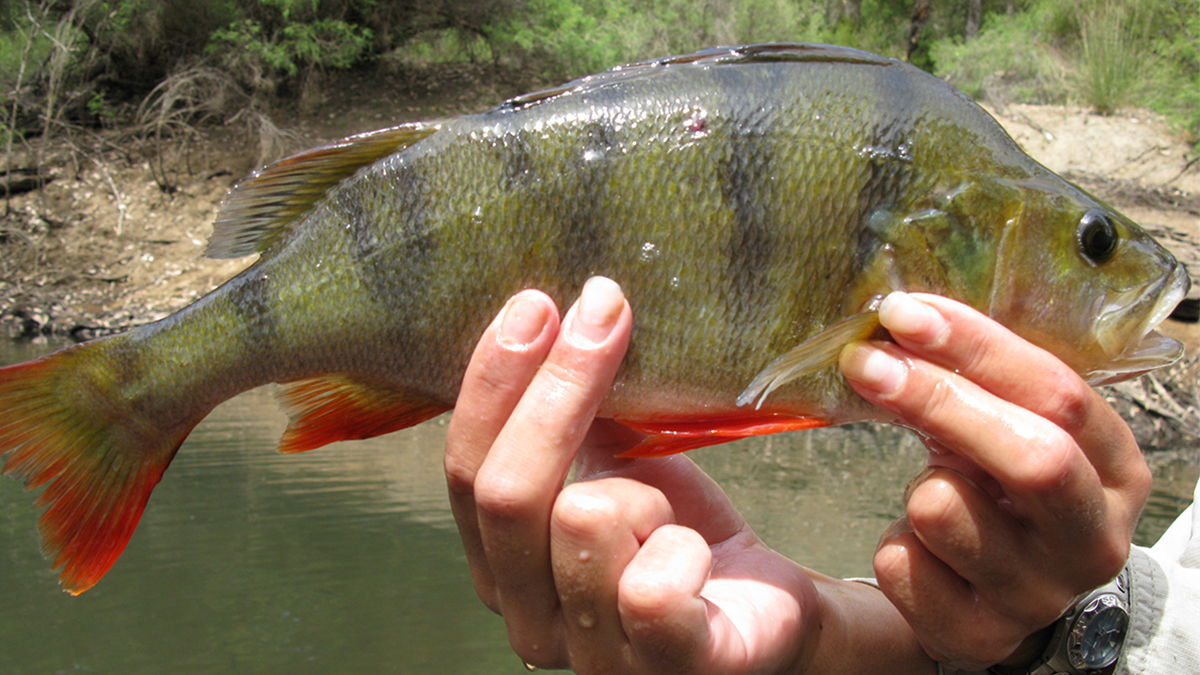 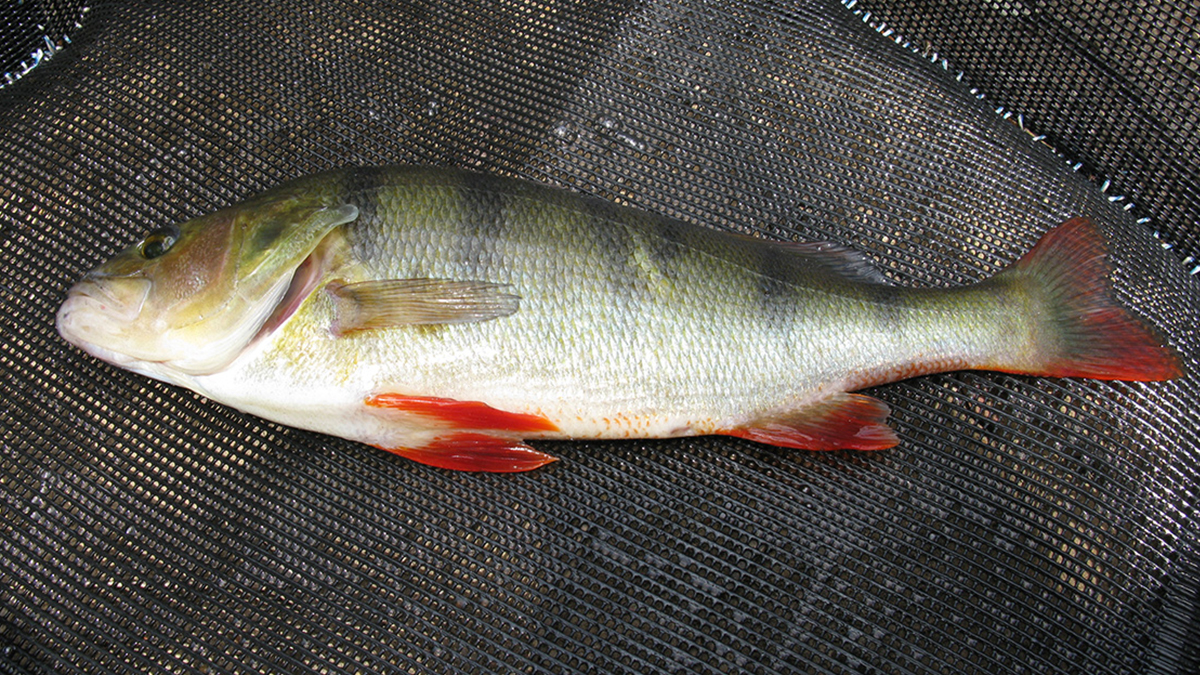 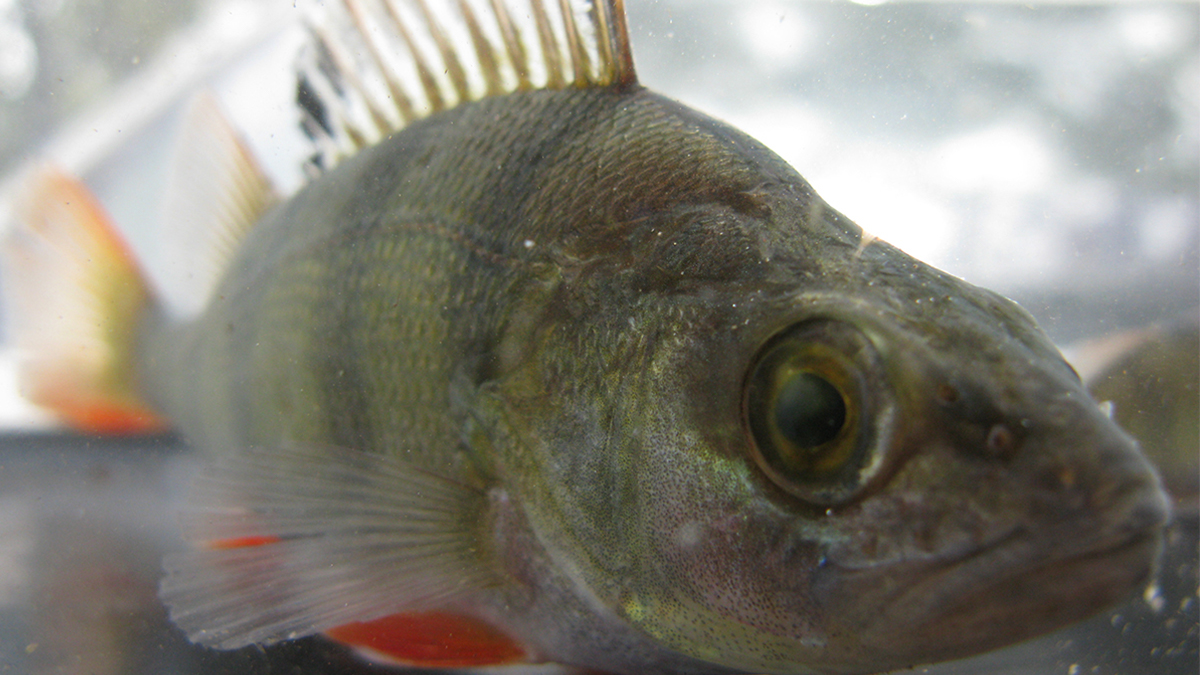 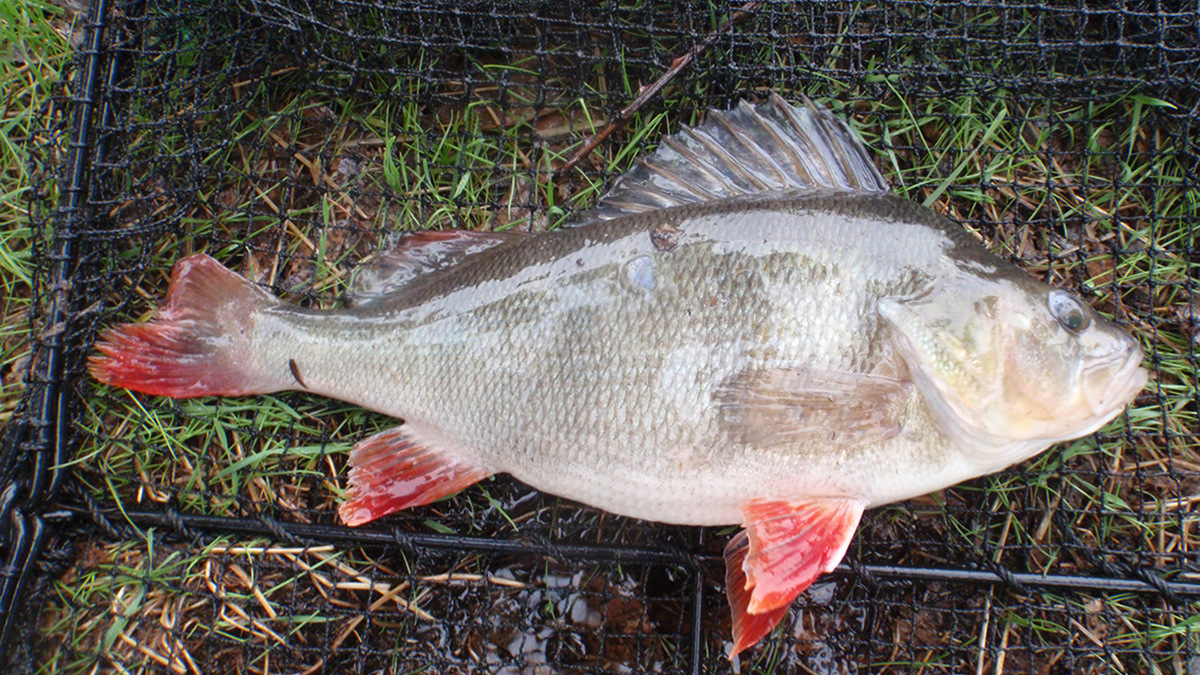 Introduced in the south-west in the 1890s for recreational fishing, they were the first exotic species brought into the south-west.

They have since been translocated across many south-west rivers and dams, and are now among the most widespread exotic species and arguably one of the most voracious predators of native species – readily consuming fish and crayfish up to half their body length. They are considered a class 1 noxious fish in NSW, and in Western Australia they are not allowed to be returned to the water if captured.

They are known to occur in many south-west rivers and streams, tolerant to a range of habitat and water quality conditions.

They appear to prefer still or slow-flowing streams and rivers, with large complex shelter (e.g. submerged woody debris, and rocks), but will also do well in dams (likely given ready supply of prey, particularly native freshwater crayfish!).

Spawn in late winter and spring, laying several hundred thousand eggs amongst aquatic vegetation or woody debris. The egg mass is unpalatable to most other fish.

The eggs develop and hatch in about a week. In south-western Australia, males mature in their first year and females in their second year. This is earlier than reported for most Northern Hemisphere populations and is attributed to their rapid growth rates here because of the warmer climate.

They are carnivorous, hunting both individually (ambushing or stalking prey) or in organised groups (herding shoals of small fish into confined areas to be progressively picked off by individuals).

They are voracious predators and territorial, not only eating a wide variety of fish and invertebrates (including freshwater crayfish, insect larvae and molluscs) but also seen to kill fish that enter their area and leaving them uneaten. Larger fish prey almost exclusively on marron and teleosts.

They are an exotic species, and considered one of the most significant predators of native fish and crayfish in the south-west.

Once the species is established in a system it is almost impossible to remove. Management includes the retention of all captured fish and they are not allowed to be returned to the water.