A large, deep-bodied galaxiid with a distinctive trout-like appearance and unmistakable pattern of dark spots (bars in juveniles) on the sides. A short diagonal stripe exists below the eye.

The largest galaxiid in the state reaching a maximum size of 200 mm, but more commonly 120-140 mm.

In Western Australia, the species is found only in the landlocked Goodga and Angove catchments, east of Albany in the vicinity of Two Peoples Bay, and in the Kent River.

Inhabits streams and lakes in flowing or still waters; tolerant of acidic and tannin stained waters. Streams include riffles over granite bedrock. 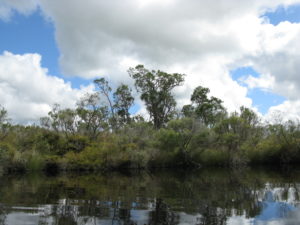 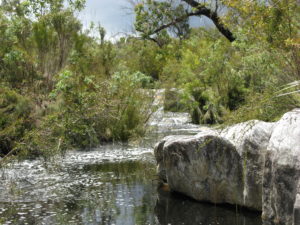 A fast-swimmer, feeding mainly on terrestrial insects as juveniles and adults, larvae feeding on dipteran larvae and crustaceans.

In Western Australia (landlocked populations), breeding occurs in autumn (April to May); adults move upstream to spawn; newly hatched larvae are swept downstream into coastal lakes at the base of the catchment where they spend their initial months swimming near the surface as part of the nekton before migrating back upstream as juveniles in November. Populations elsewhere may be diadromous.

The reasons for listing (risks to species) include climate change (reduced stream flows) and artificial barriers to migration, which are a concern for all south-west species, but are of particular concern for this species given its small range. The Western Australian populations are considered to be evolutionary significant units (ESUs). 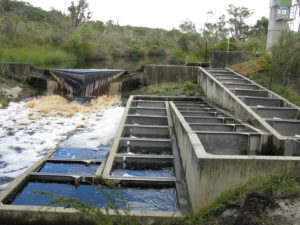 Management actions have included installation of a vertical slot fishway on the Goodga River gauging station, which allows for the migration upstream of this previously impassable barrier. 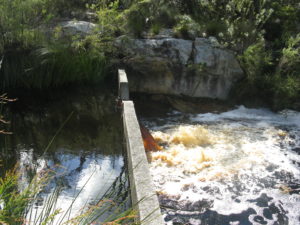 Environmental water releases on the Angove River, to maintain habitat quality and connectivity.

A Western Trout Minnow Recovery Plan exists for this species and is managed by the Department of Biodiversity, Conservation and Attractions. This plan outlines recovery actions required to address threats to the survival of trout minnow and steps towards their recovery.