A small, transparent freshwater shrimp distinguished by a spine below the branchiostegal groove and second pair of legs much longer than the first (unlike Atyidae shrimps).

Similar in appearance to the exotic Indistinct river shrimp (Caridina indistincta), which has recently been identified in the south-west. This species will compete with the south-west glass shrimp for food and habitat. 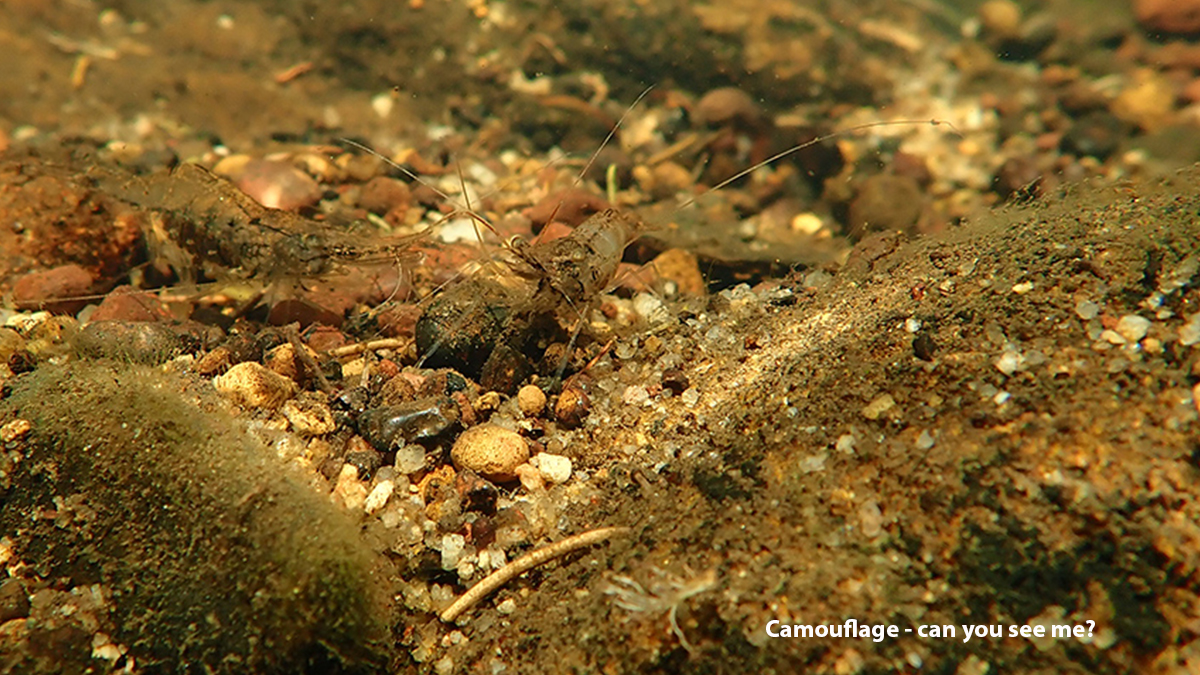 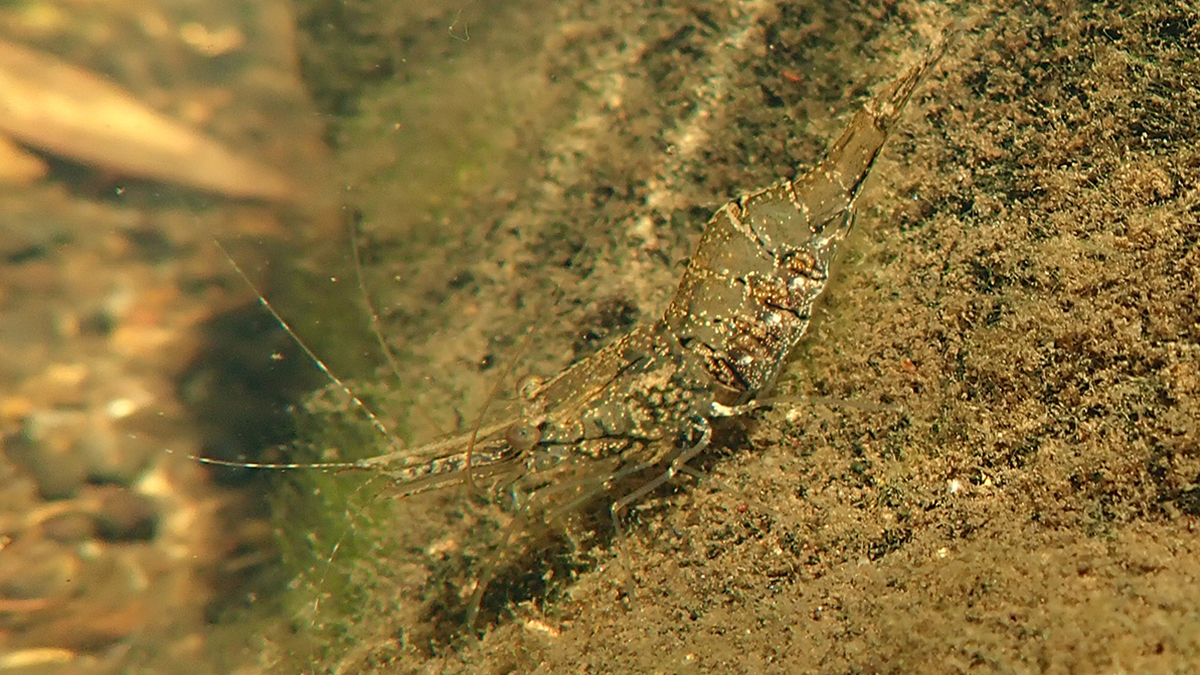 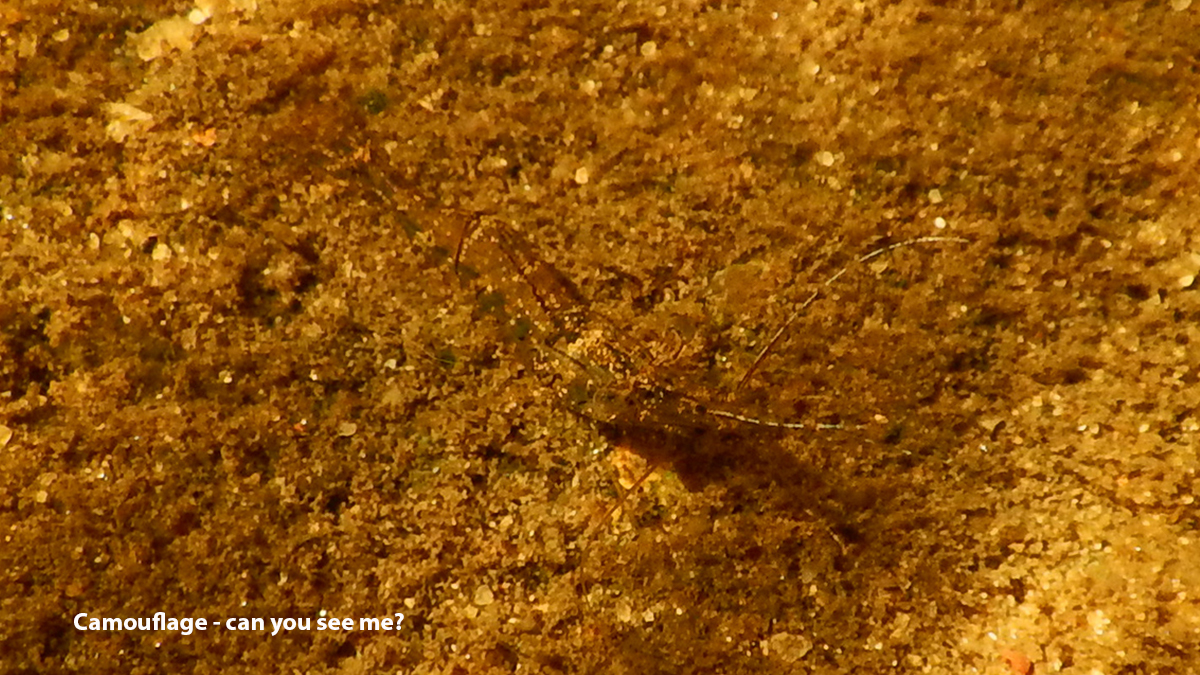 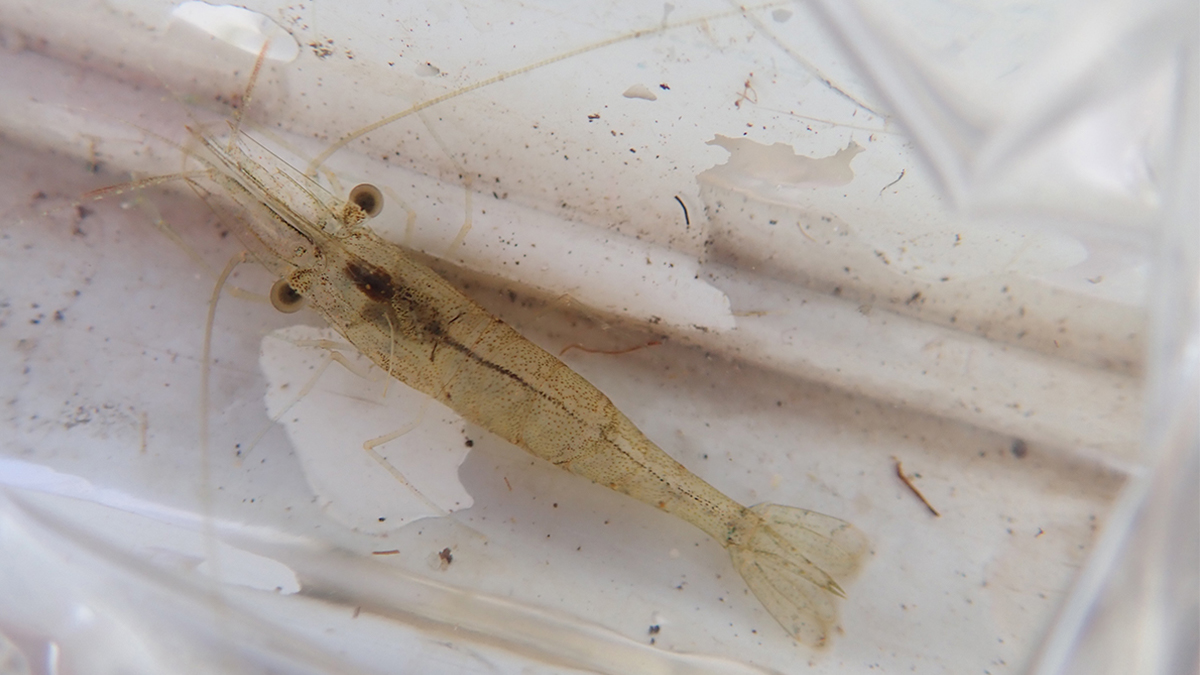 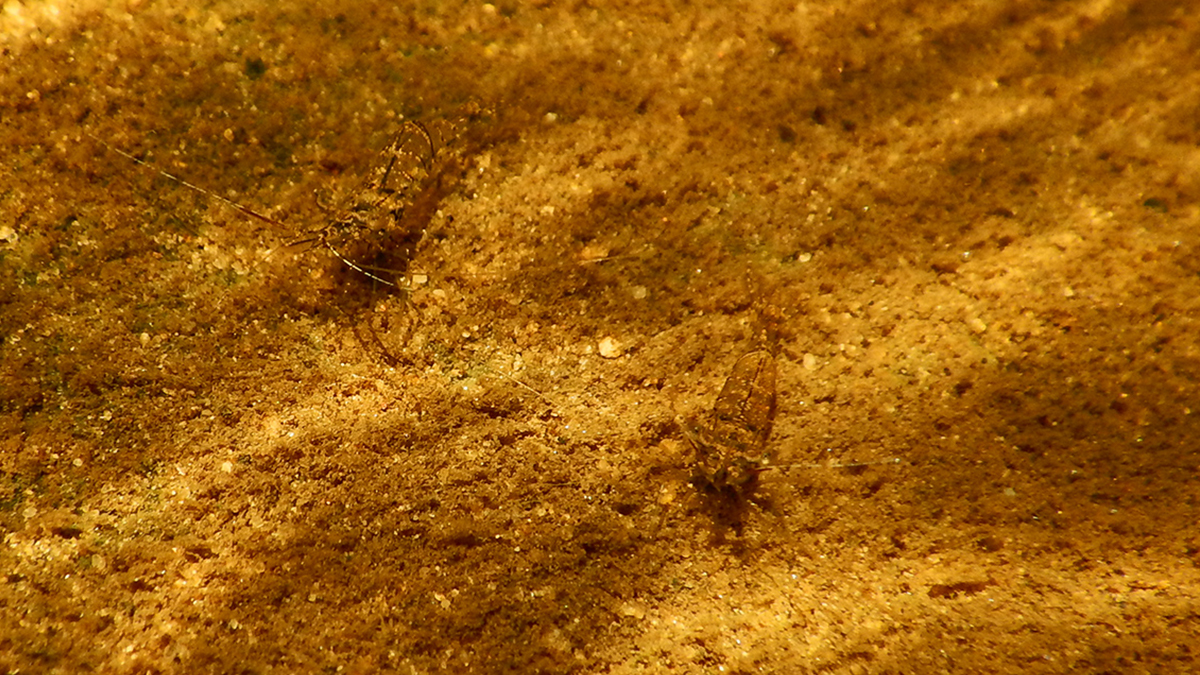 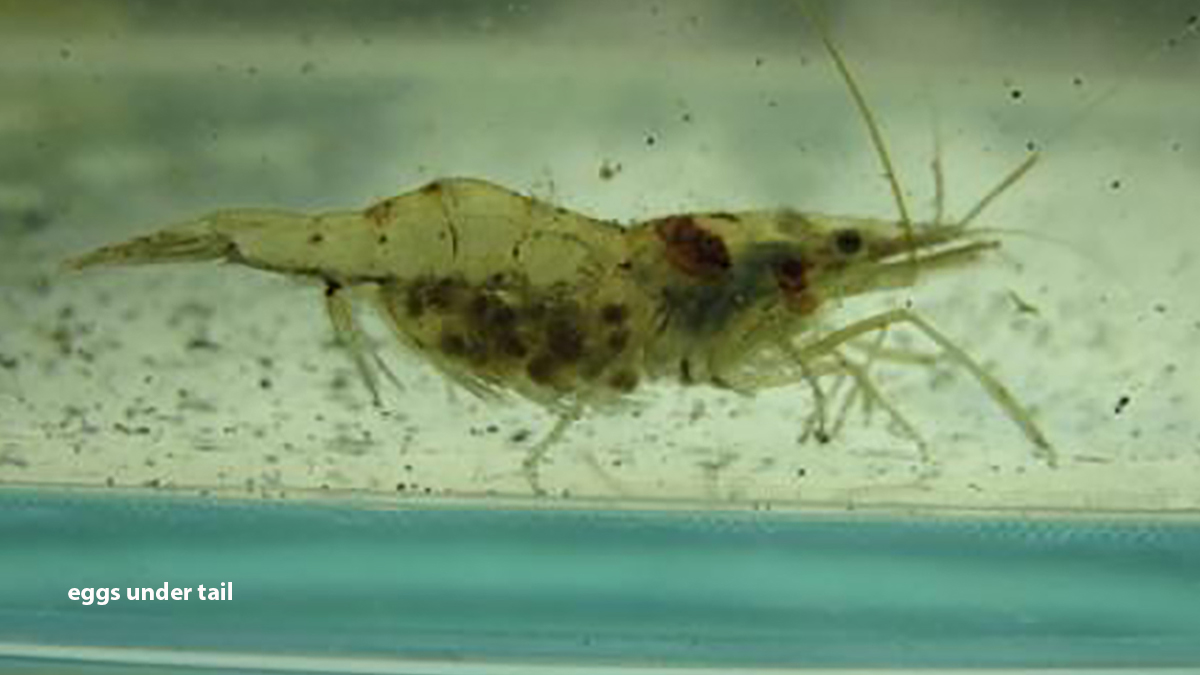 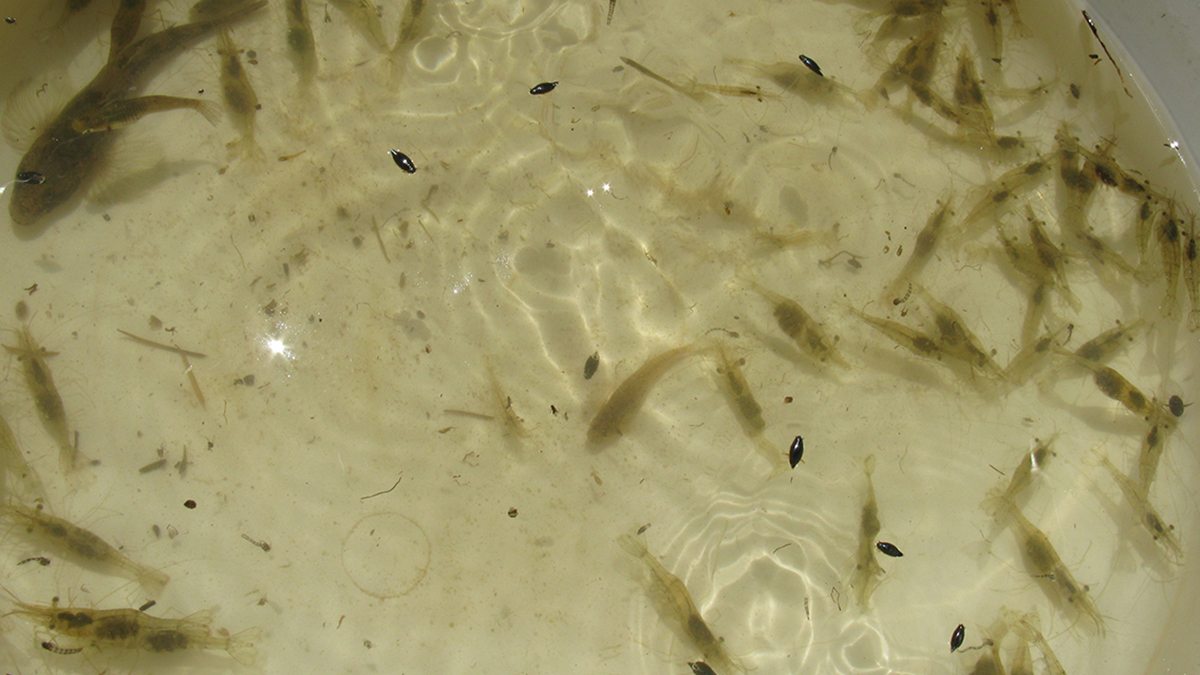 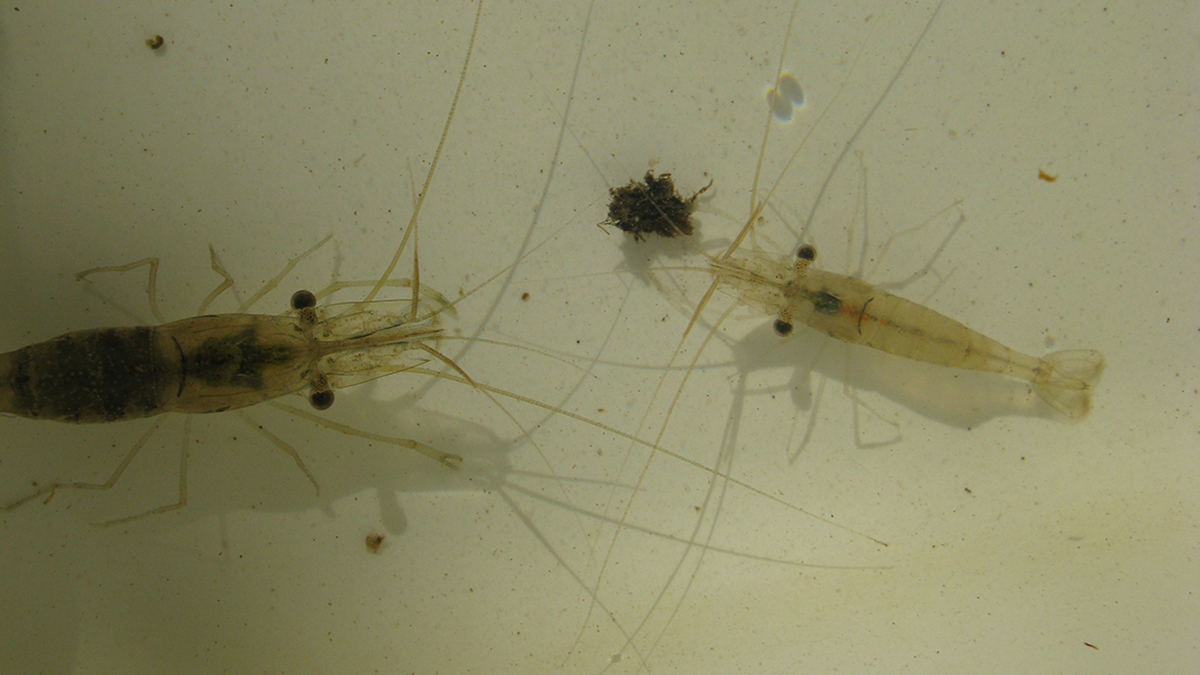 Occurs in coastal drainages throughout the south-west – from Hill River (near Jurien Bay) to Esperance.

A benthic (living on substrate) invertebrate often found grazing amongst aquatic vegetation and mussels in freshwater streams and estuaries. It rarely enters areas of higher salinity, unlike the closely related P. atrinubes which is mostly found in marine and estuarine environments.

Omnivores, feeding on both plant and animal material.

Reproductive biology has not been studied, though eggs can been seen in abdomen through the transparent shell, and once released will be carried under the tail on swimmerets; including for some time after hatching.