Also know as the Swan River goby, this is a small species found to 60 mm though generally less than 40 mm.

A small cylindrincal benthic fish. It can closely resemble the south-western goby (Afurcagobius suppositus), however the blue-spot goby has a blunt, snub-nosed snout and inferior mouth (mouth ending behind the tip of the snout) which typically ends before the middle of the eye. In comparison, the mouth of the south-western goby is generally superior (in front of the snout) and typically extends to, or even past, the eye.

Refer to the draft guide for identifying these species below.

Males can also have a distinctive blue spot on the rear edge of the first dorsal fin. 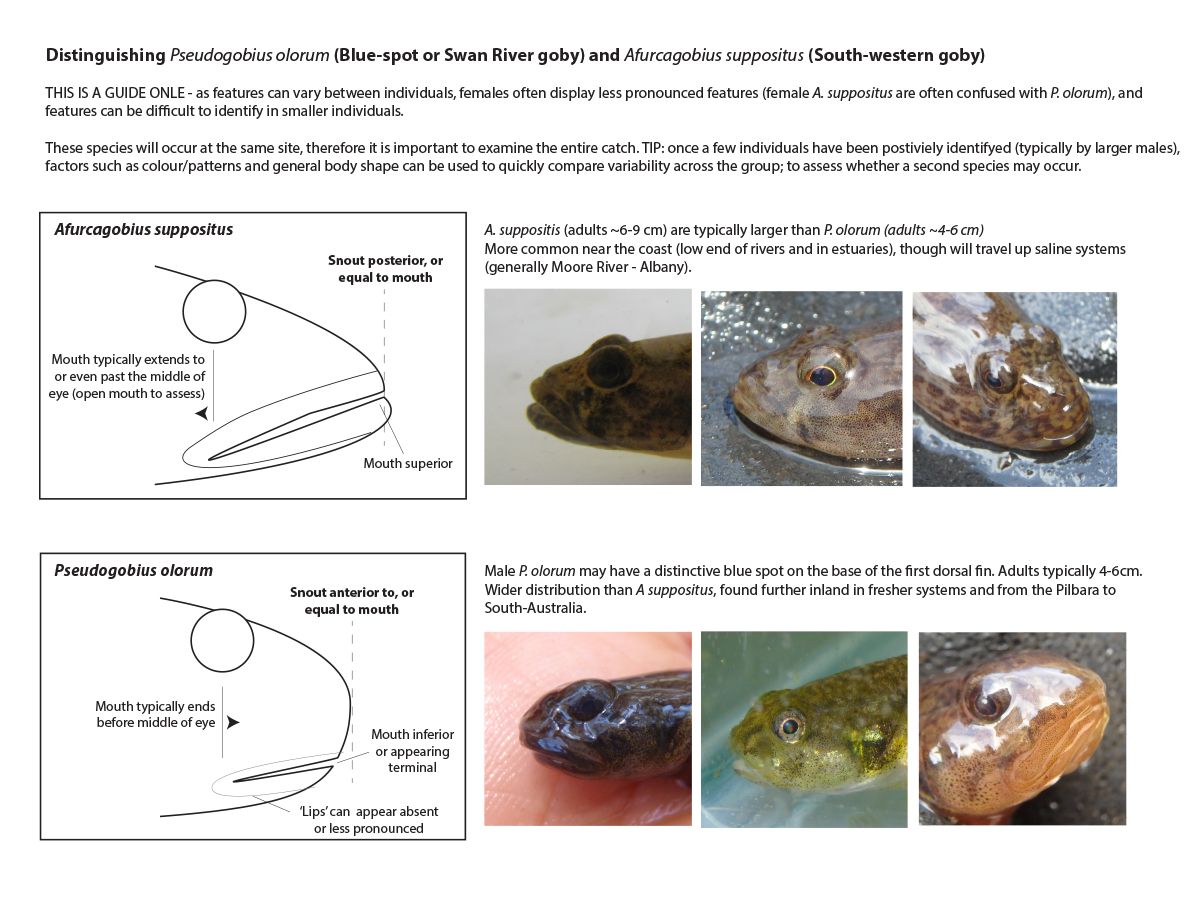 Widespread and common, occurring in most estuaries, rivers, and many lakes across the south-west.

The species also occurs outside of the south-west, being found from the South Australia/Victoria border to the east through to the Murchison River in the north (southern part of the Pilbara province).

A benthic species found on a range of substrate types (rock, mud, sand or gravel sediments) within estuaries, rivers, streams and lakes.

Tolerates a wide range of salinity and temperature.

Spawns between spring and autumn in the upper reaches of estuaries. Eggs are deposited amongst aquatic vegetation.

Diet consists mostly of algae, fungi and bacteria, and with small amounts of aquatic invertebrates.