A stout bodied trout which varies in coloration depending on habitat or size, but is usually yellowish-brown with brow to reddish spots on the sides which are often surrounded by a pale halo.

Although they can be long-lived and grow to well over 1 m, in south-western Australia they are usually less than 80 cm. 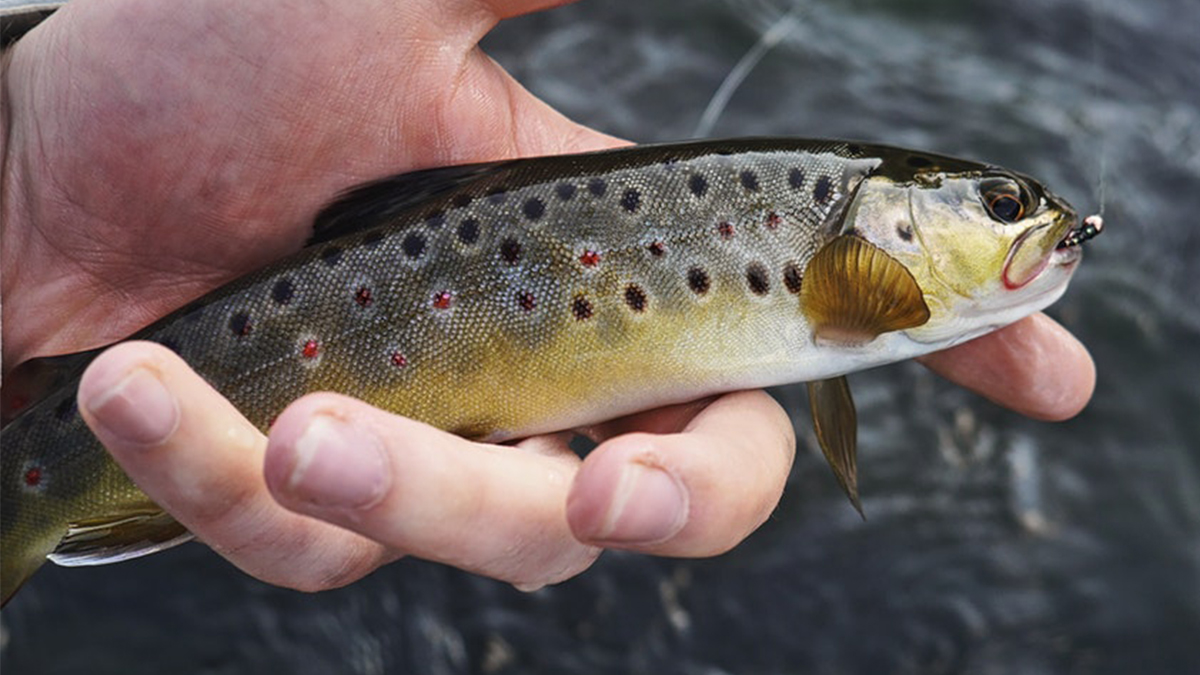 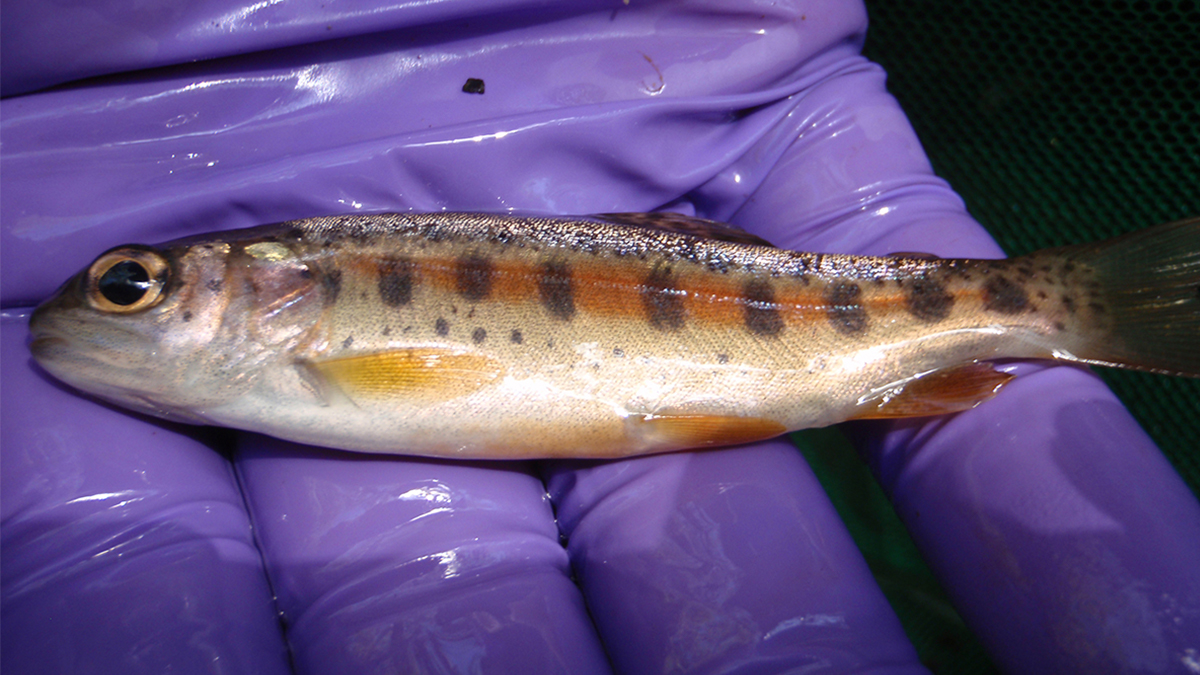 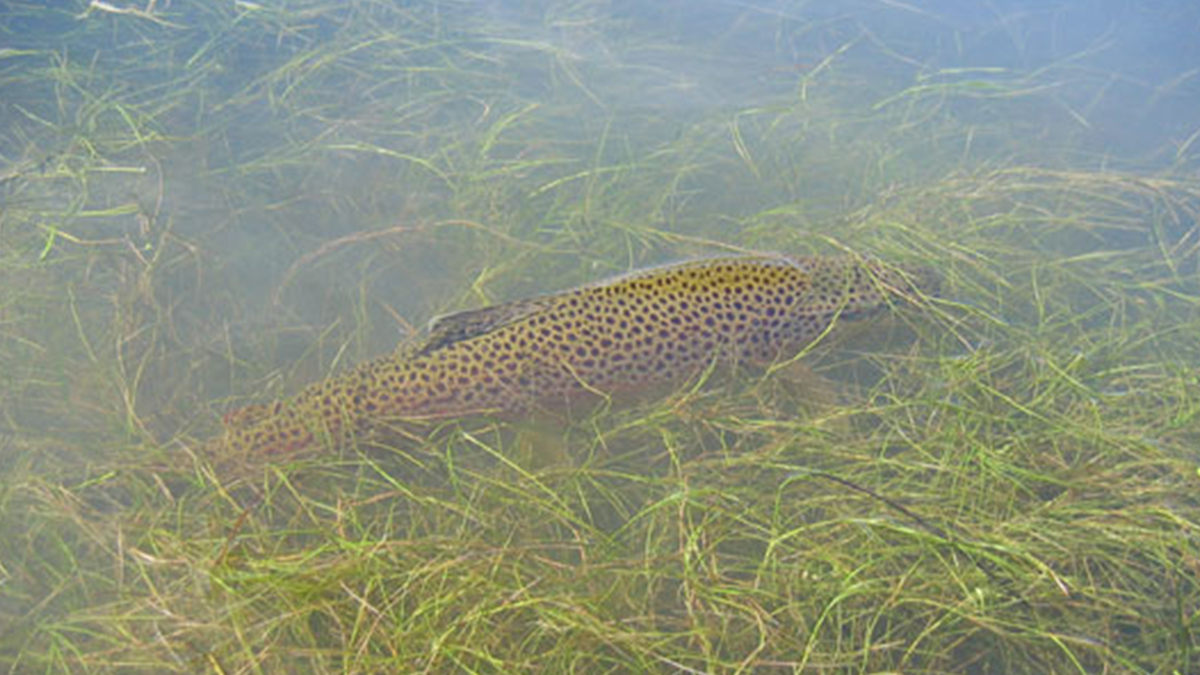 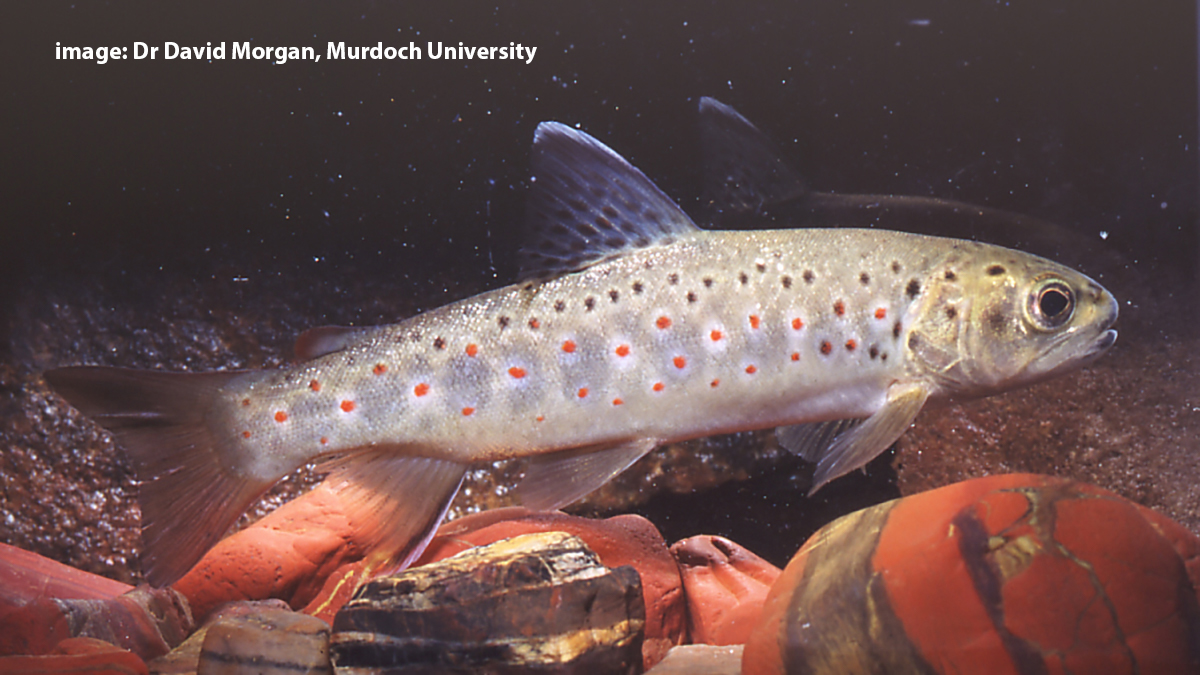 Brown trout originate from Europe and were first introduced into Australia in the 1860s. They are still stocked into some systems from hatchery stock produced in Pemberton. In 2019, ~6000 yearling brown trout were stocked in to the Warren, Collie, Donnelly and Harvey rivers, while ~500 ex-broodstock were stocked into several reservoirs, including Harvey Dam, Waroona Dam, Big Brook Dam, Drakesbrook Dam, Collie Gorge and Lefroy Brook. Brown trout are known to have self-sustaining populations in some of the above systems, including Big Brook Dam and Waroona Dam.

More information about trout stocking in the south-west, along with annual release locations and numbers are available from the Fisheries website. https://www.fish.wa.gov.au/Species/Rainbow-Trout/Pages/Trout-stocking.aspx

Whilst mortalities are seen when water temperatures reach over 26ºC, the trout produced in the Pemberton hatchery are more adapted to withstand the higher temperatures seen in the south-west.

Trout fry and fingerlings eat small invertebrates, whereas larger trout eat larger invertebrates (both terrestrial and aquatic), including insects, beetles, freshwater crayfish, including marron, and nymphs. They also eat native fish. Brown trout have been implicated with the local extinction of galaxiid species in Australian and New Zealand.

Brown trout are arguably one of the most diverse salmonids in terms of their morphologies, life histories and migratory tactics, including being anadromous, potamodromous or a resident (no-migratory).

Brown trout are an exotic species to Australia.

For the ongoing, annual stocking of this species in select south-west waterways, close monitoring is needed to ensure that native species are not further impacted, particularly in areas of important refuge for native fish and crayfish.