The only large bivalve inhabiting freshwaters of the south-west region, growing to over 100 mm, however usually seen between 40 and 80 mm. Note recent work has shown that there is a number of ecologically significant groups within the population of the South West (see Klunzinger et al, 2021).

Colour generally from black to dark brown through to reddish-brown, and often covered in a thin layer of periphytic growth (e.g. algae) which also binds silt.

Commonly has a worn down section at the thickest part of its shell, near the hinge, where the pearly, calcium-carbonate material that forms the shell can be seen. 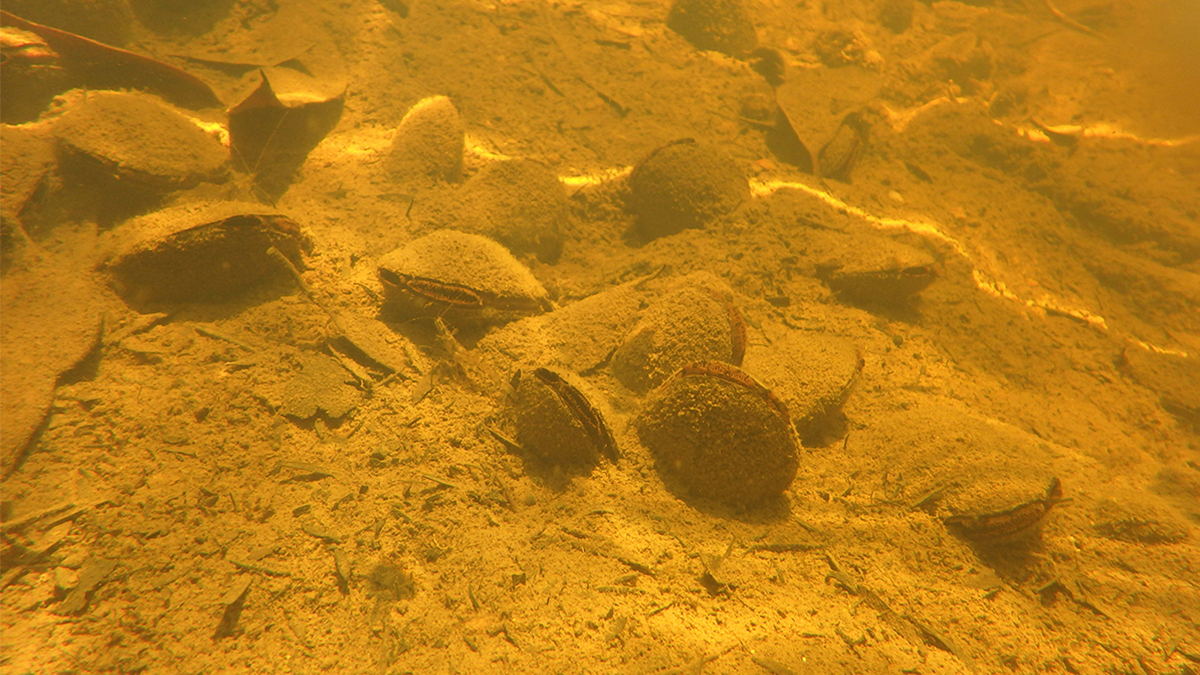 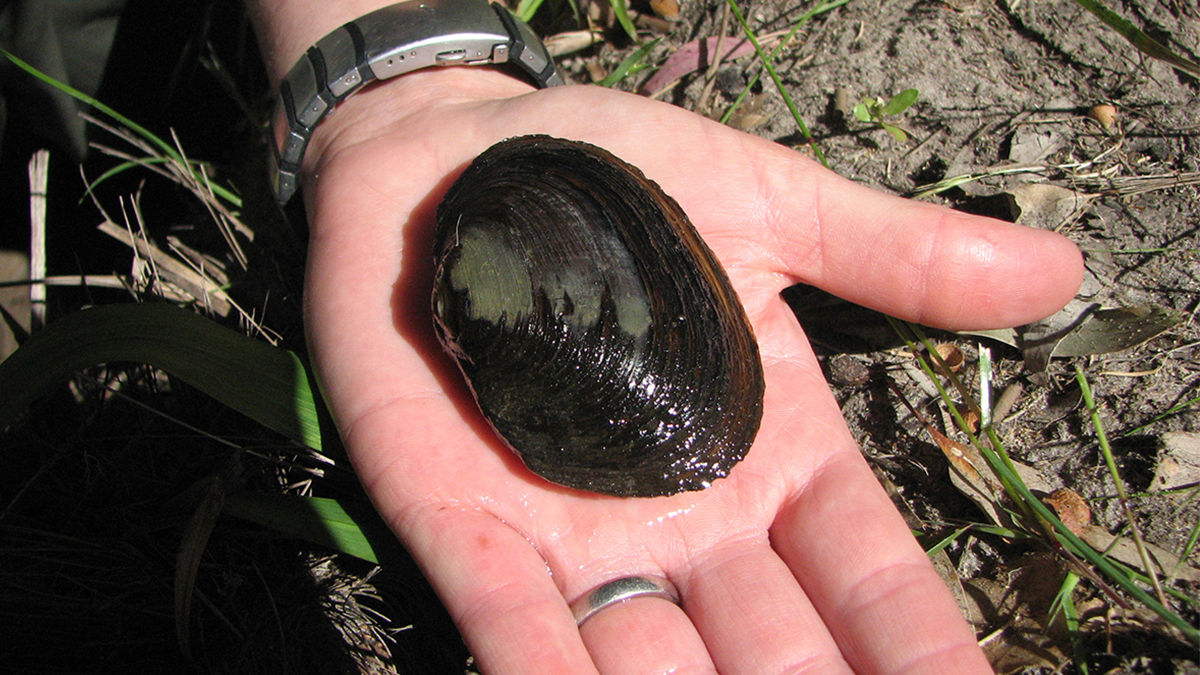 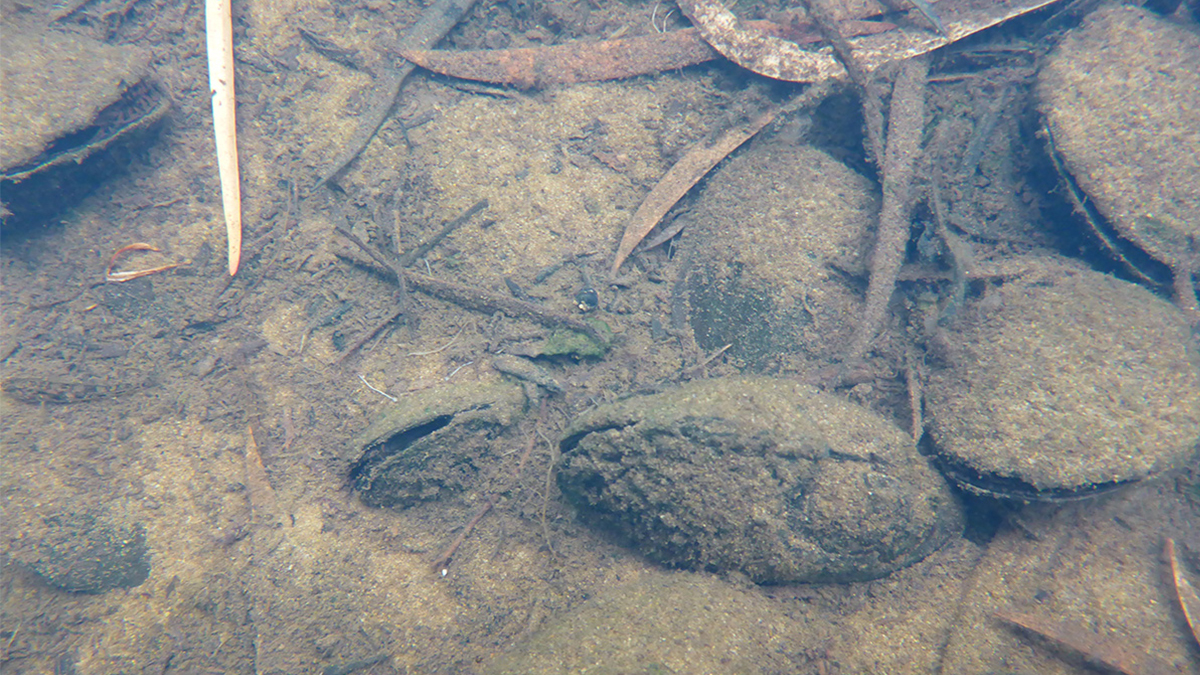 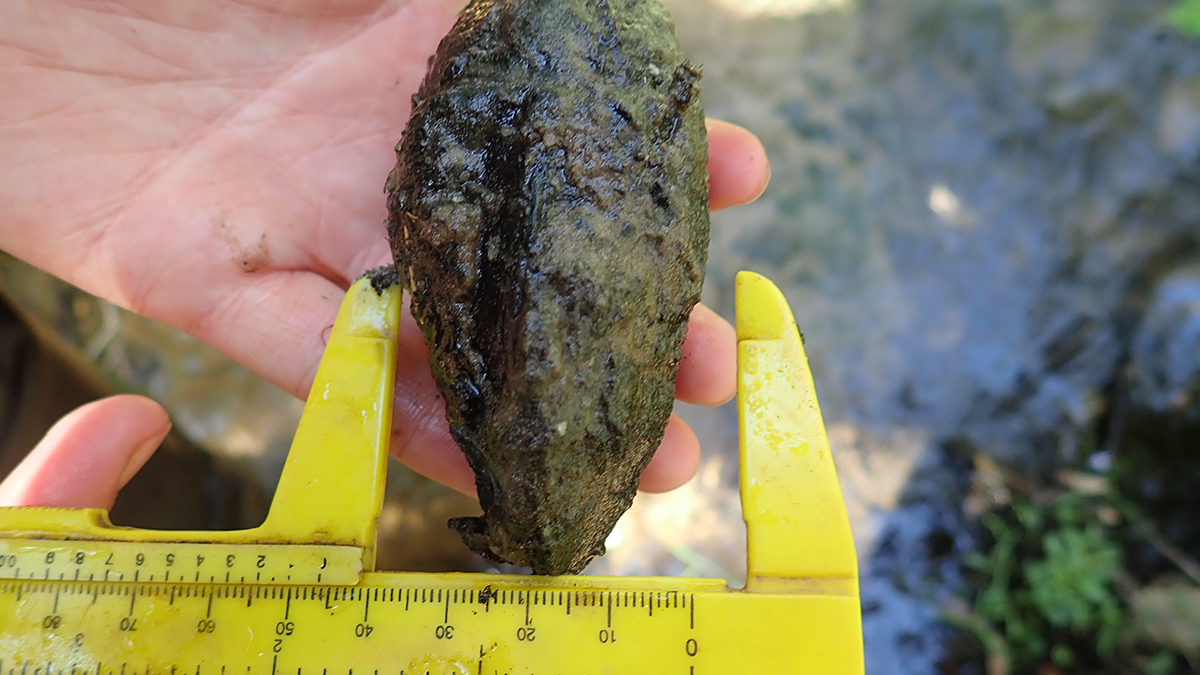 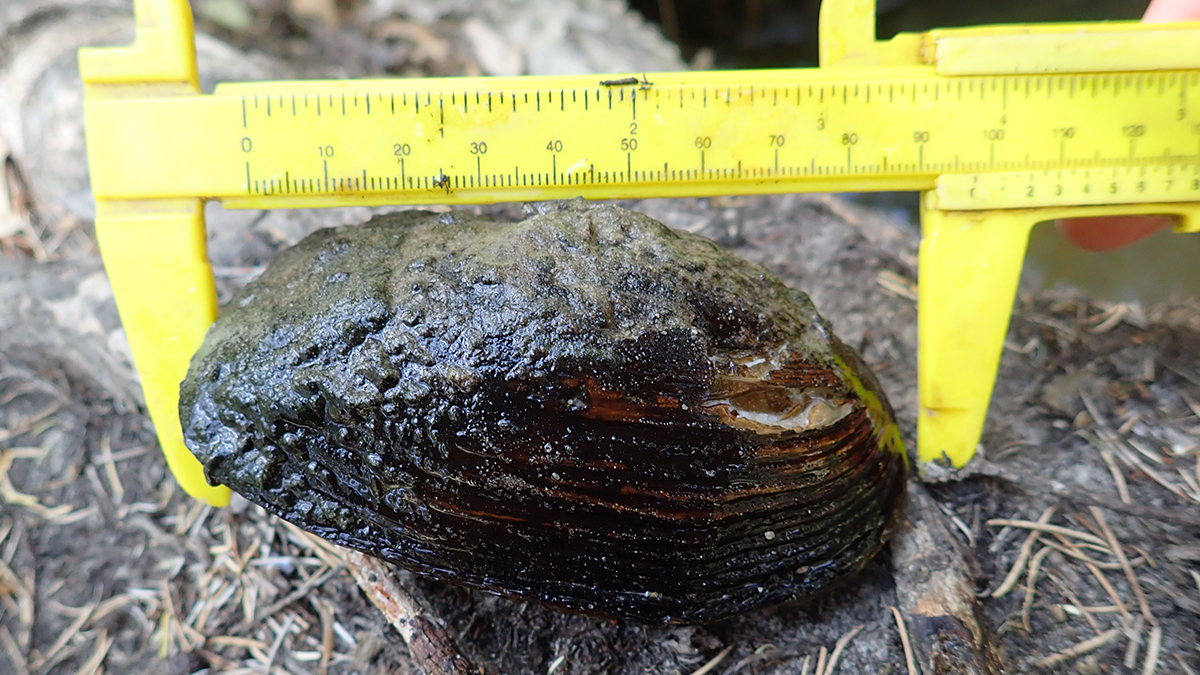 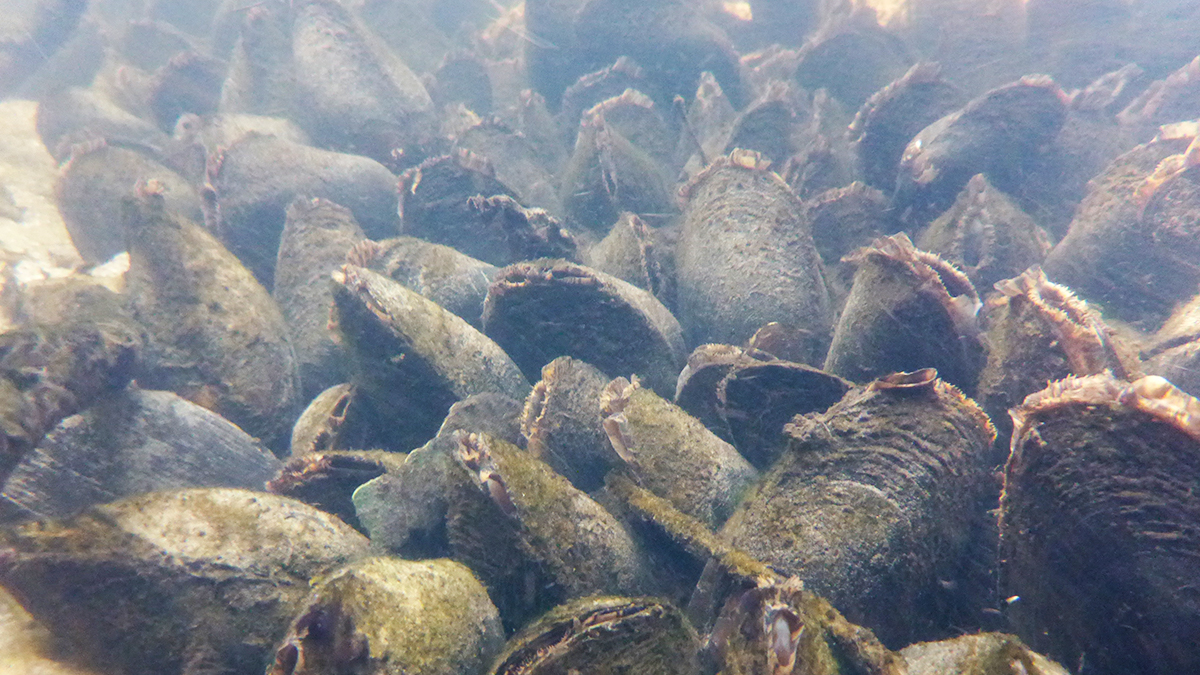 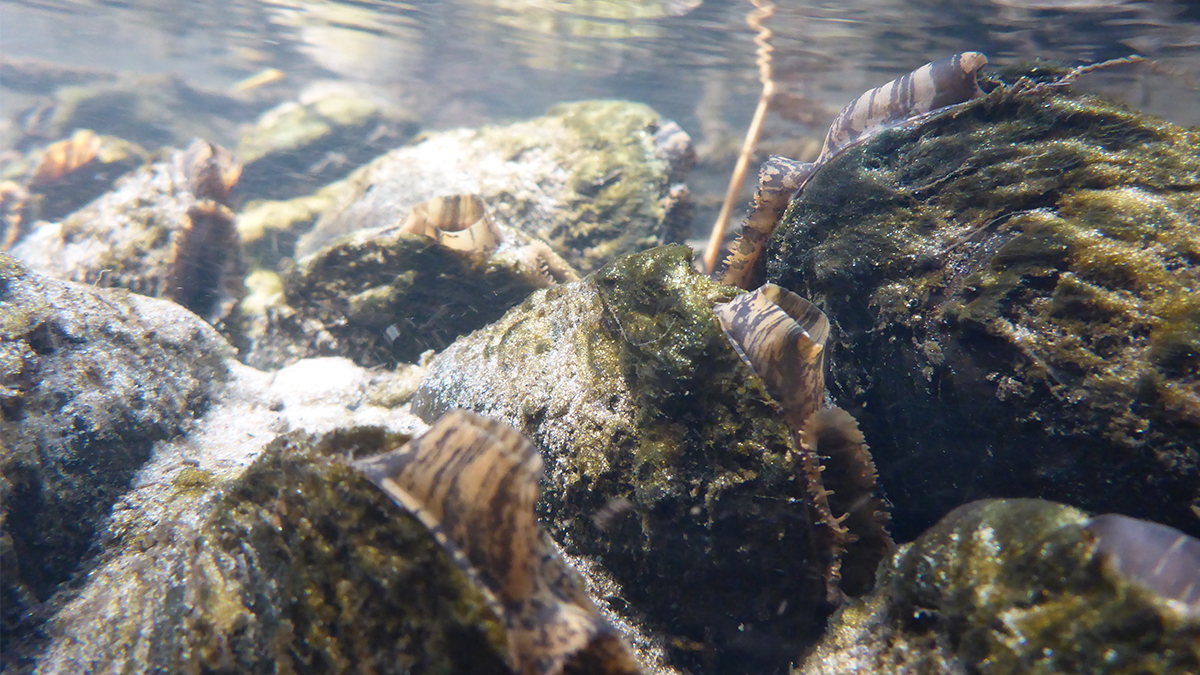 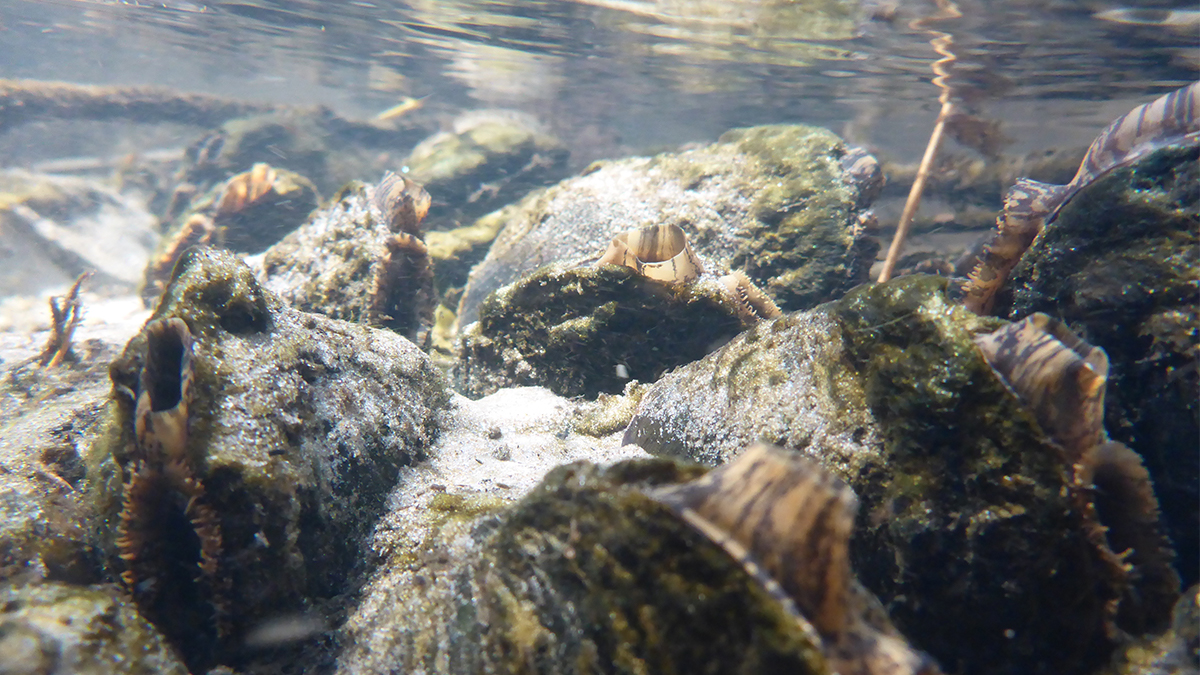 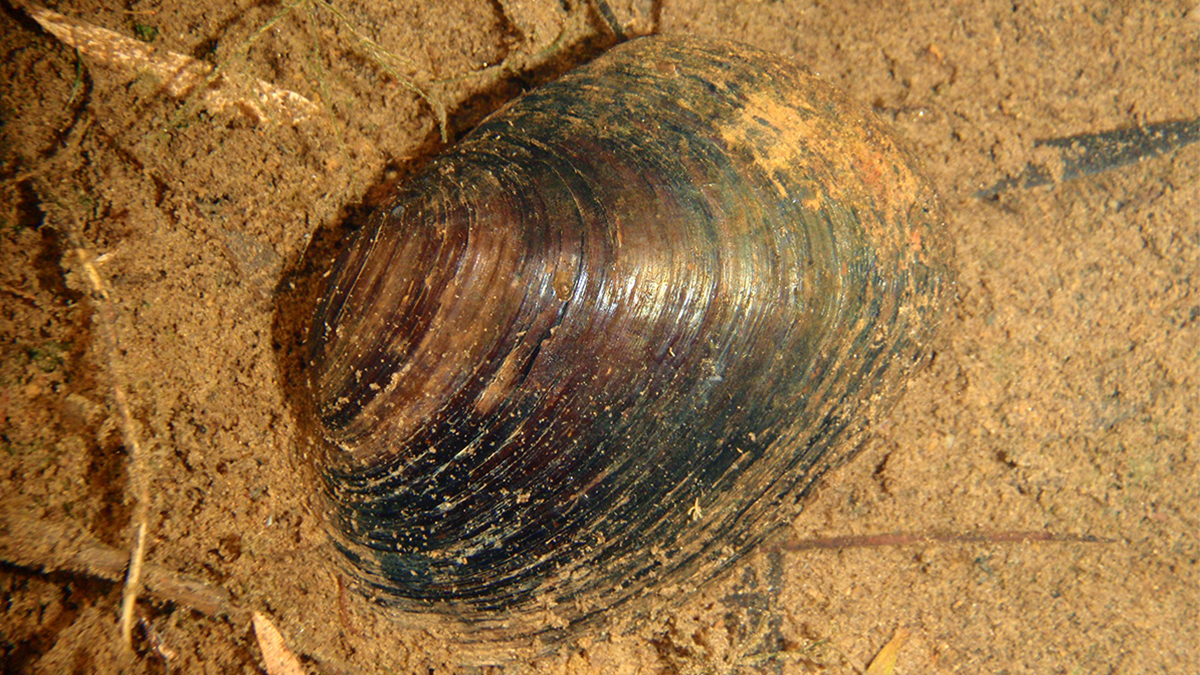 Museum records indicate that the species may once have ranged as far north as the Gascoyne River and east to Esperance. A detailed study of the contemporary locations of the species can be found in Klunzinger et al. (2015). http://www.publish.csiro.au/zo/ZO15002

The study demonstrated that its range has declined by 49% in less than 50 years, principally because of secondary salinisation and reduced water flow from a drying climate.

Occurs in greatest abundance in slower flowing waters where sediments are stable and soft enough to allow the species to burrow (<10 cm depth) but are usually visible from the surface; allowing the species to position themselves to best facilitate filter feeding. However, it also occupies lentic systems including large water supply dams and even on-stream farm dams.

A complex life cycle involving a parasitic larval stage. The larvae, or glochidia, attach to a fish host for several weeks to months (appears as small cyst typically on the fin or gills of fish), during which time they metamorphose into the juvenile form (resembling small adults). These drop off the fish host and the juvenile mussel then begins its life on the sediment.

The period of attachment to a fish host functions as an effective dispersal mechanism for this otherwise sessile animal. This highlights the importance of a robust ecological system for the survival of this species.

Low salinity tolerance (studies have shown stress response above 1.3 g/L, with mortality rates increasing rapidly to around 3.0 g/L where 95% mortality was shown in Klunzinger et al. 2015).