One of the most common and conspicuous fish species across the south west.

It is a small (up to 80 mm, but much more commonly less than 60 mm) perch-like fish with mottled golden-brown colouration - and during mating season males will often display vibrant green, yellow and red colours on their bodies and a dark orange-red coloured belly (more muted and pastel colour palette in the females).

There are two other pygmy perches in the south-west, the Balstons pygmy perch and little pygmy perch, and they coexist at a few locations. Although the other species have a limited range and are often much rarer, they can be distinguished by a number of features (as described in the other species pages). 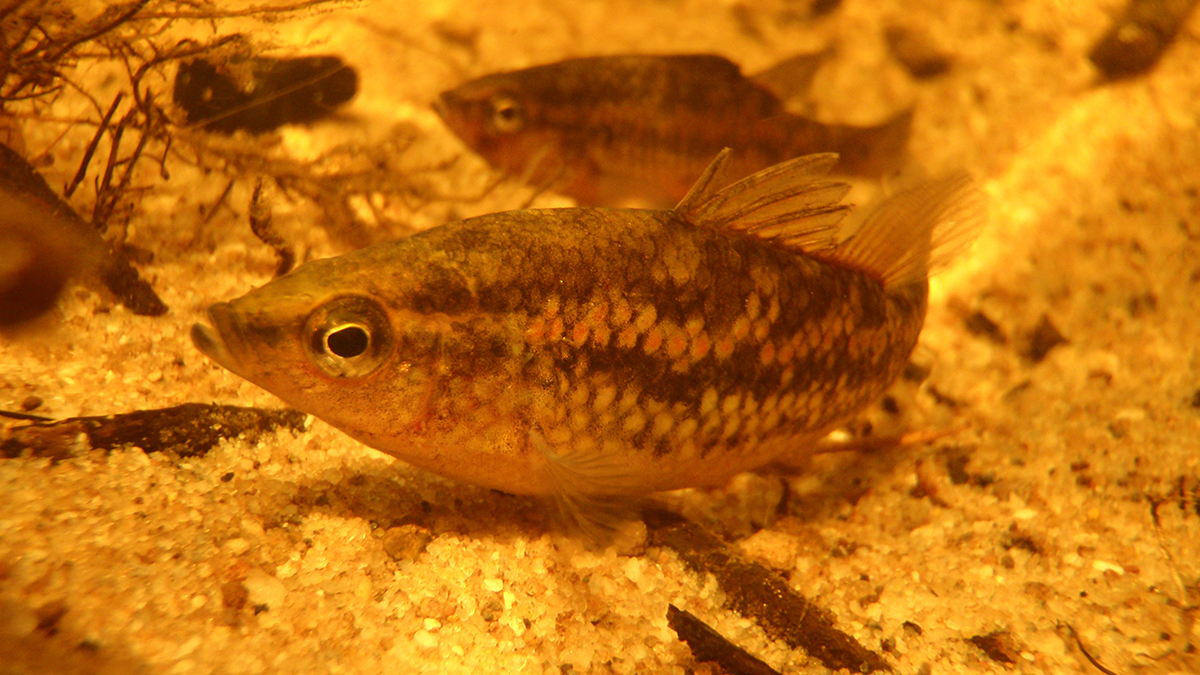 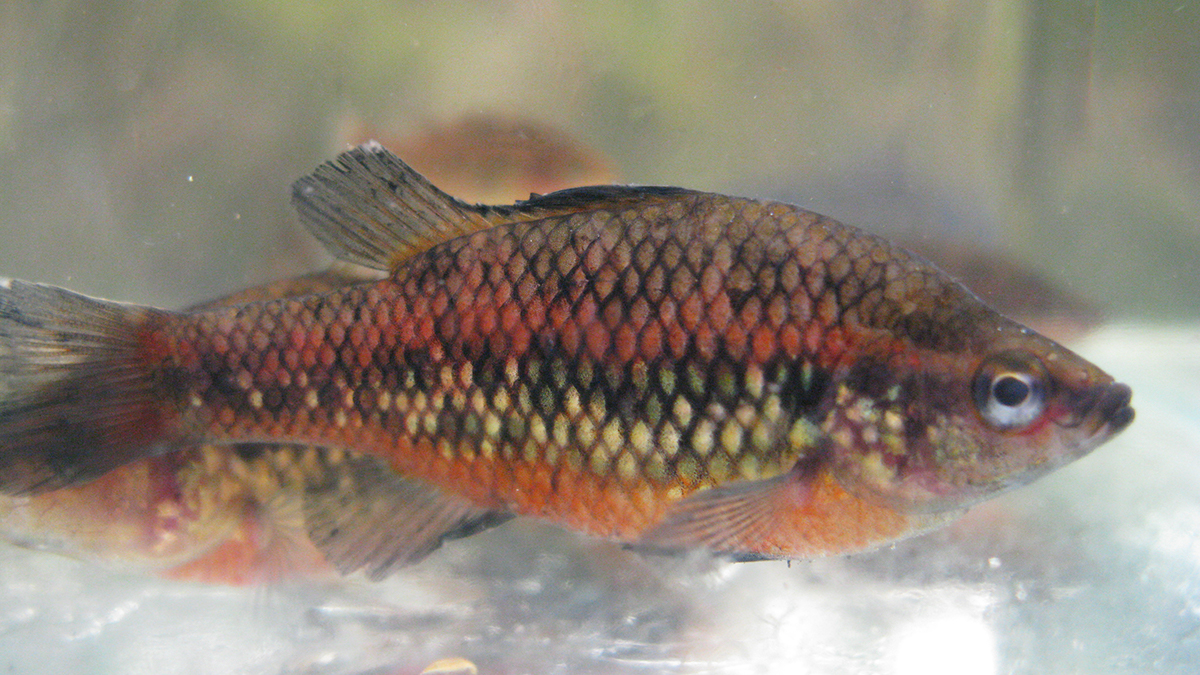 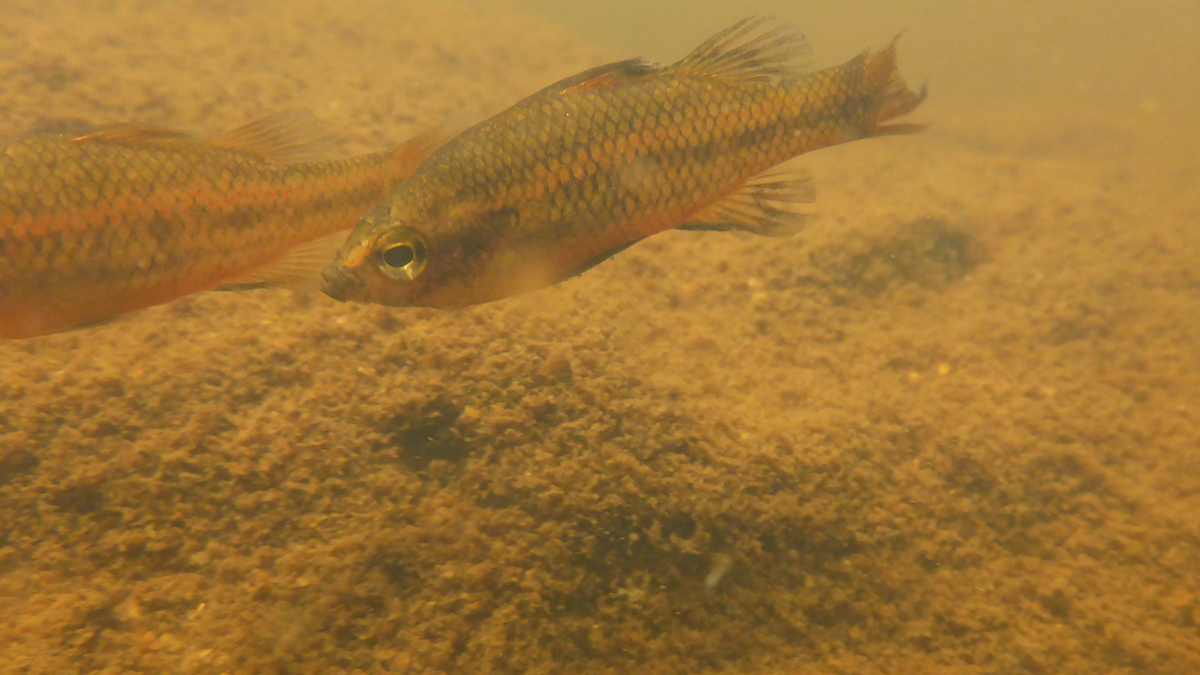 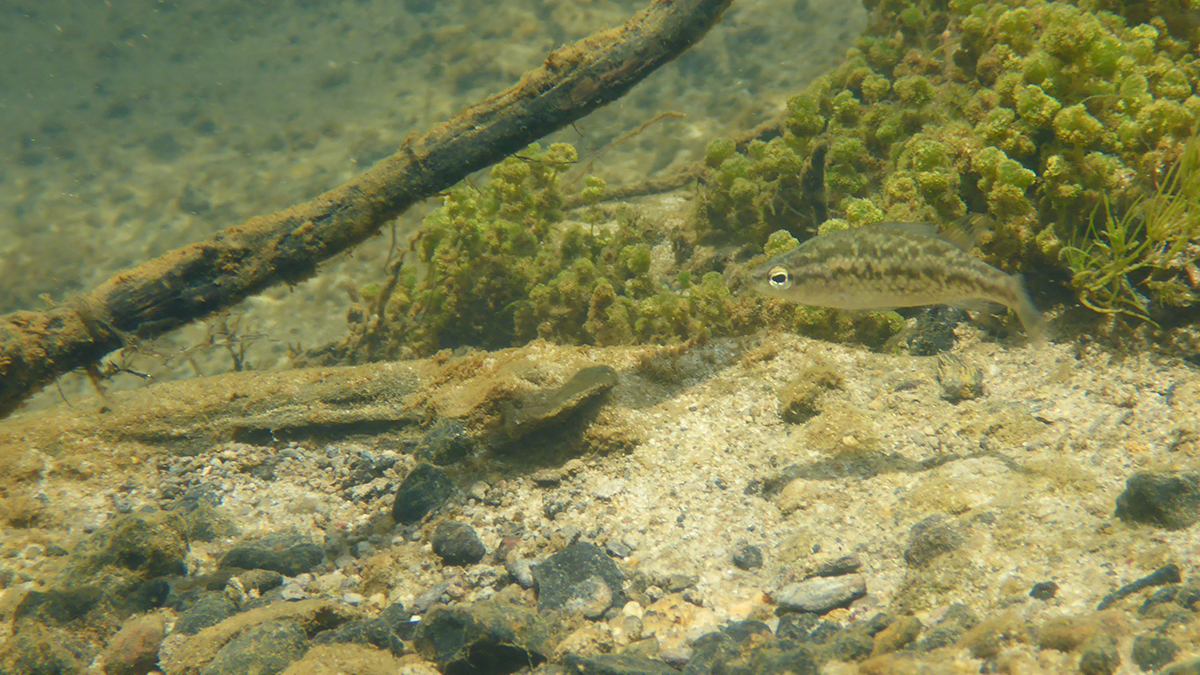 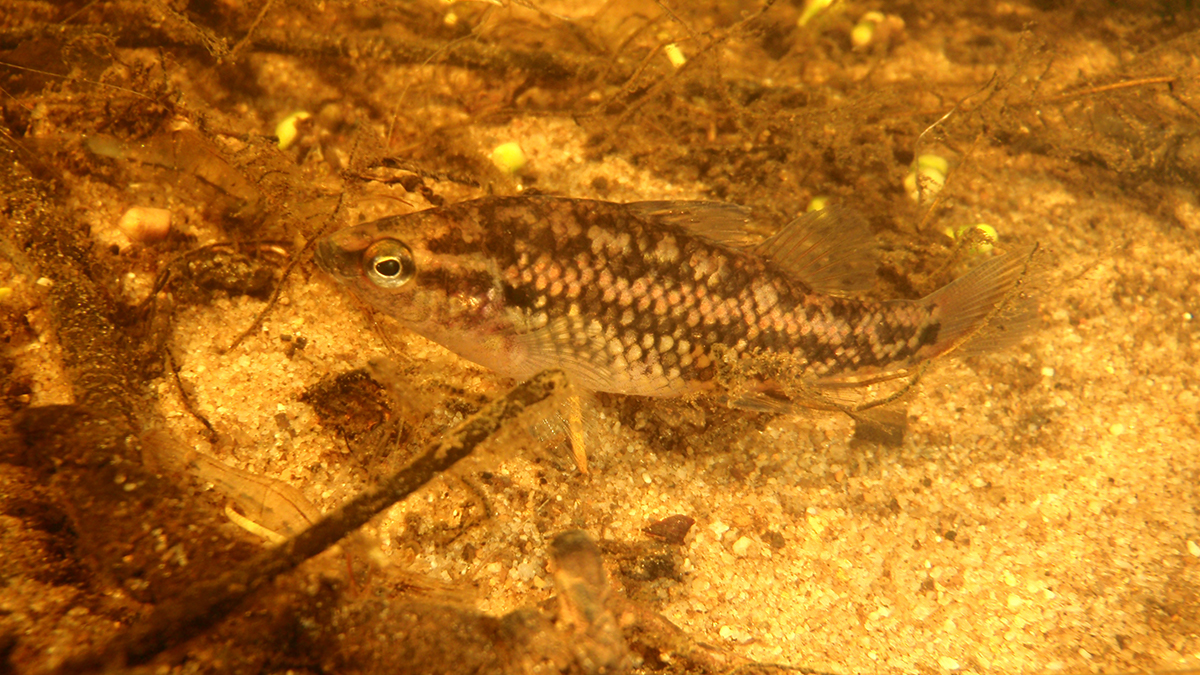 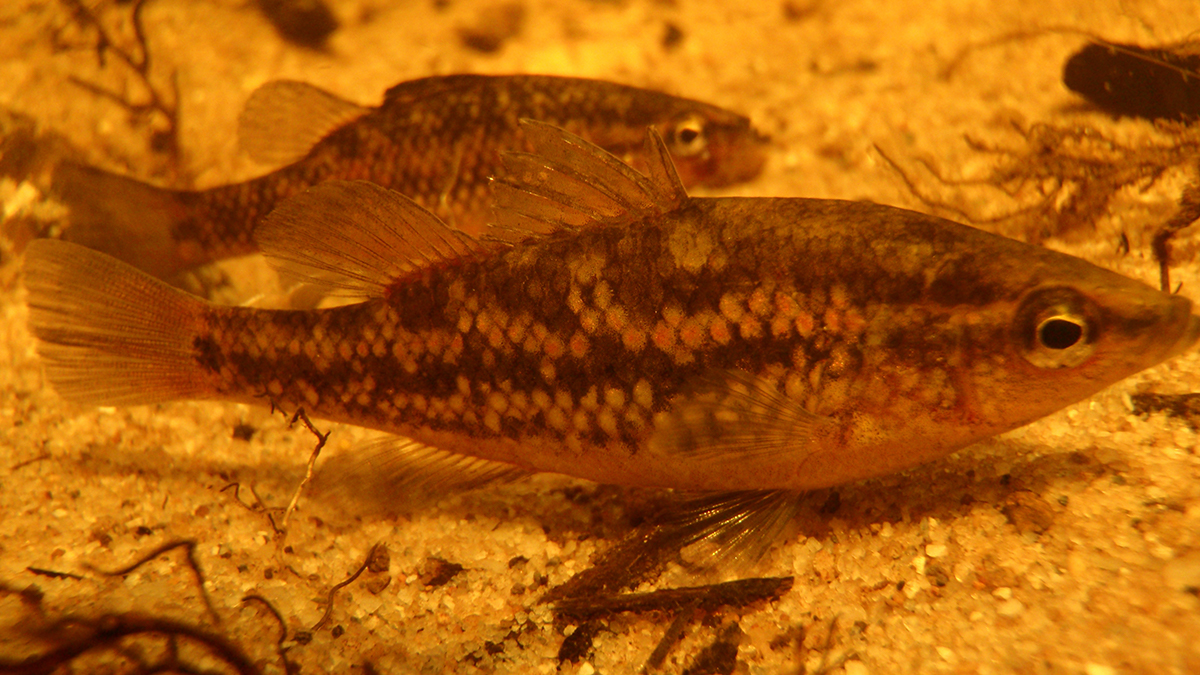 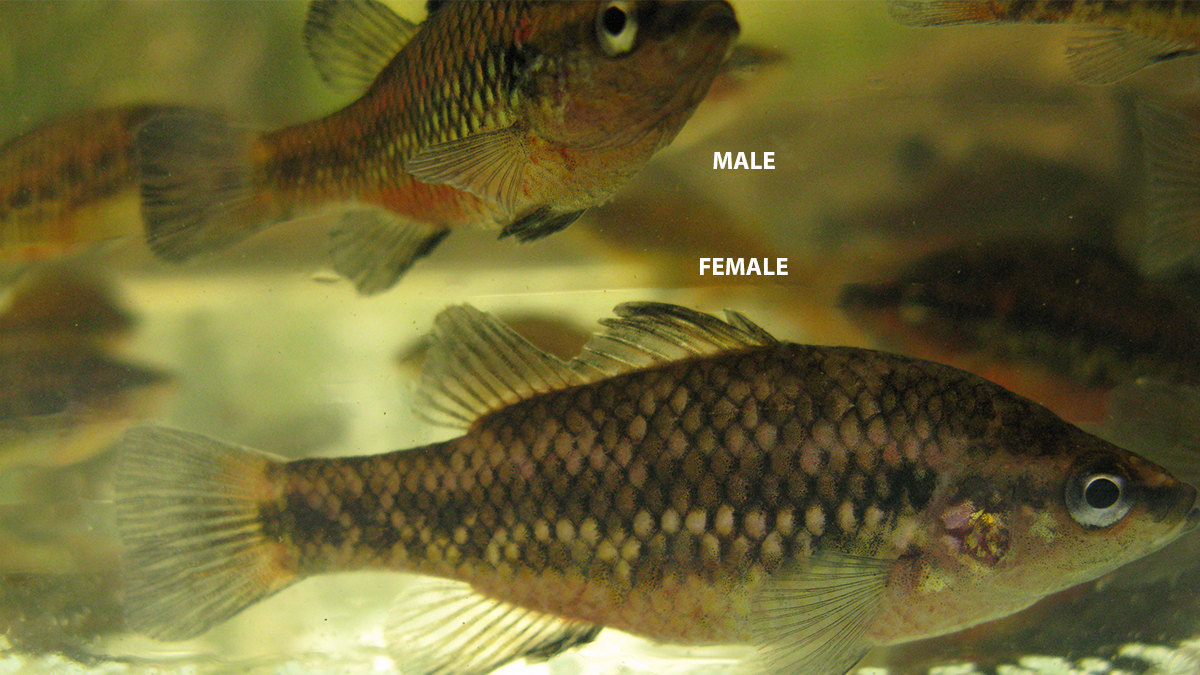 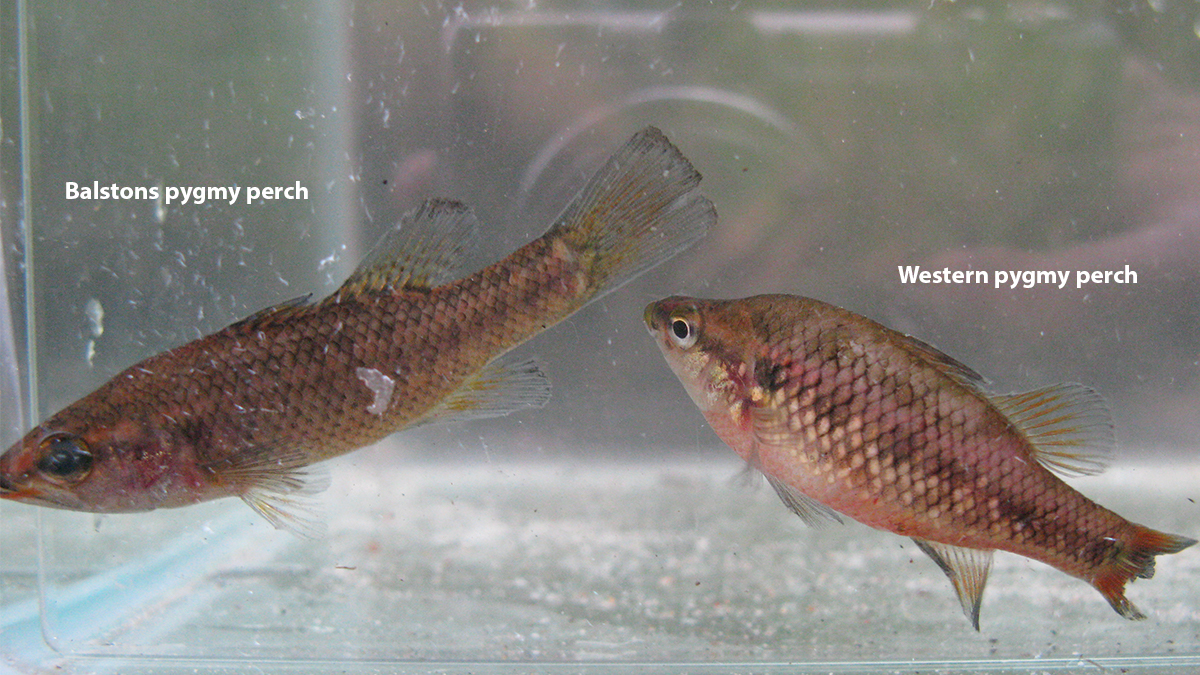 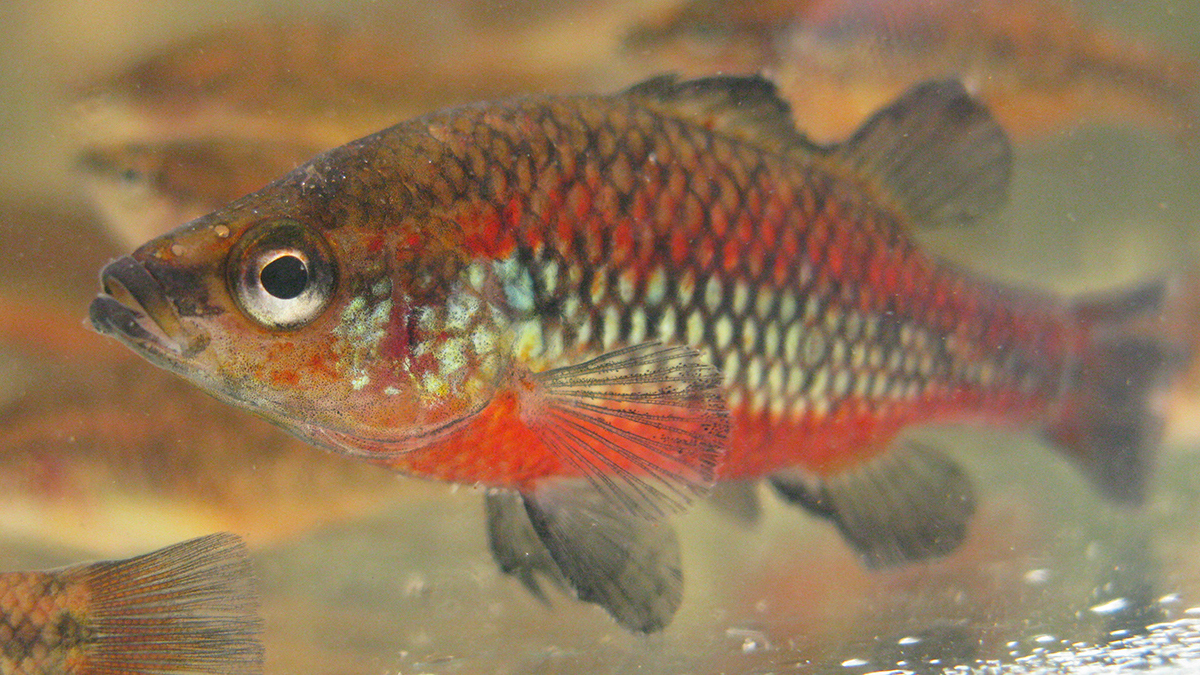 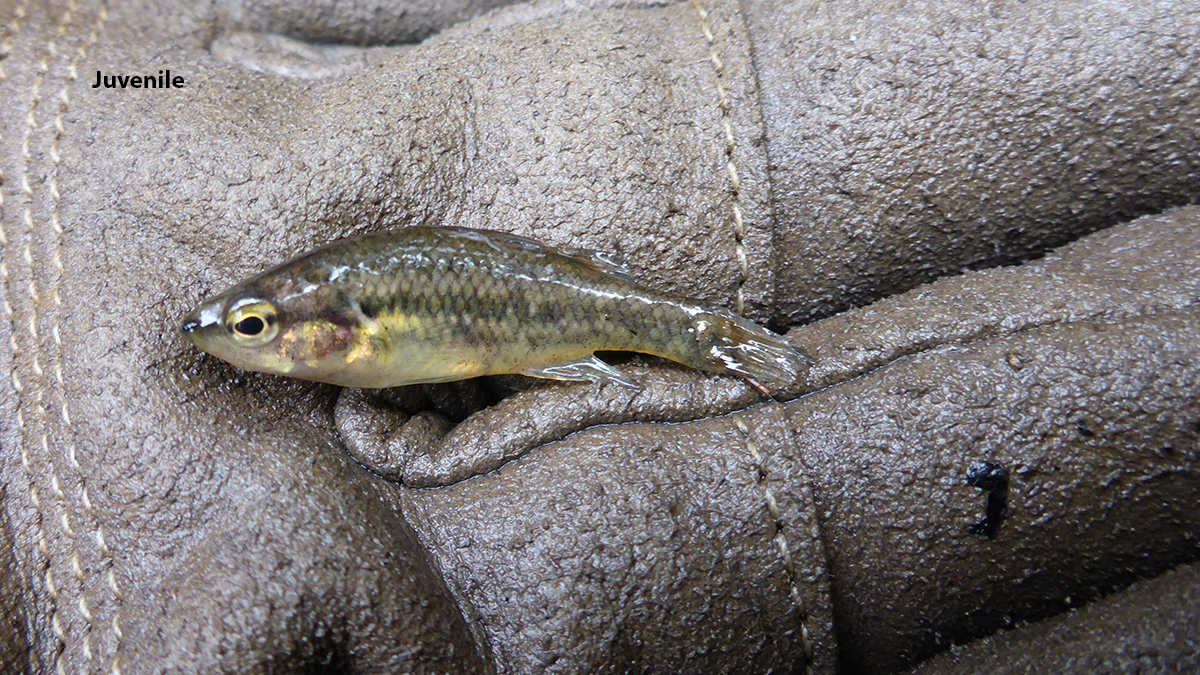 Common and widespread, ranging from the Arrowsmith River (300 km north of Perth) to the Waychinnicup River (east of Albany). Range has contracted mostly due to secondary salinisation of larger river systems.

Occupies a wide range of habitats across their distribution, from flowing to static, clear or tannin-stained. Tolerant of salinity up to slightly brackish and mild acidity (associated with many tannin-rich environments).

They prefer areas with good detritus and woody debris.

They are carnivorous, feeding on a variety of macroinvertebrates (particularly benthic microcrustacean and terrestrial insects). Interestingly, the exotic eastern gambusia was introduced into south-west systems to control mosquitos, however the western pygmy perch is a much more voracious predator of their larvae; and this introduced fish is extremely aggressive towards the western pygmy perch.

Moves upstream into small streams to breed from July-November. However, is not obligately migratory and can reproduced readily in backyard ponds provided adequate aquatic plants are provided.  They mature at the end of the first year of life, and live for up to 5 years.

Not listed as threatened, though they have declined mostly due to salinisation, eutrophication (assumed due to resulting periods of low oxygen when biological oxygen demand is increased due to the proliferration of algae and bacteria or the loss of key prey vital for their larvae), habitat degradation, and are susceptible to fin-nipping by the eastern gambusia. Its spawning migrations have been linked to the amount of winter-spring rainfall which is declining due to climate change.