The one-spot livebearer, or speckled mosquitofish, grows to around 6 cm (females) or 2.5 cm (males).

It has a generally yellowish body colour with characteristic black blotches along its sides. Can be confused with the Eastern Mosquitofish (which actually has one spot). 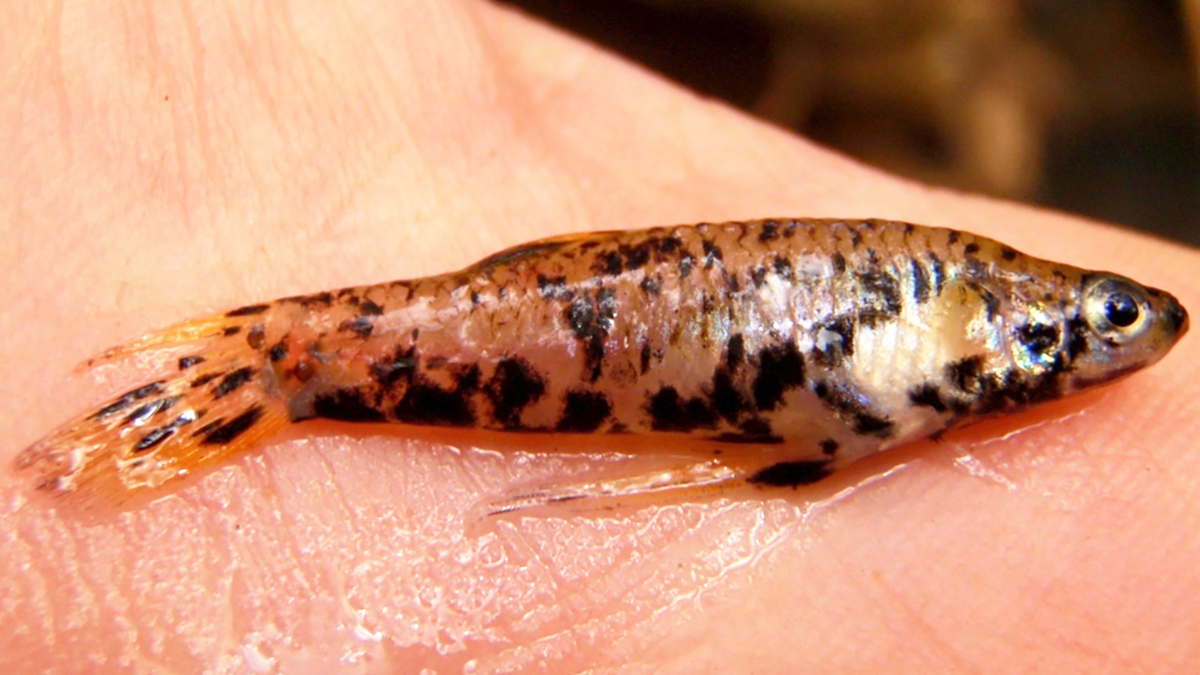 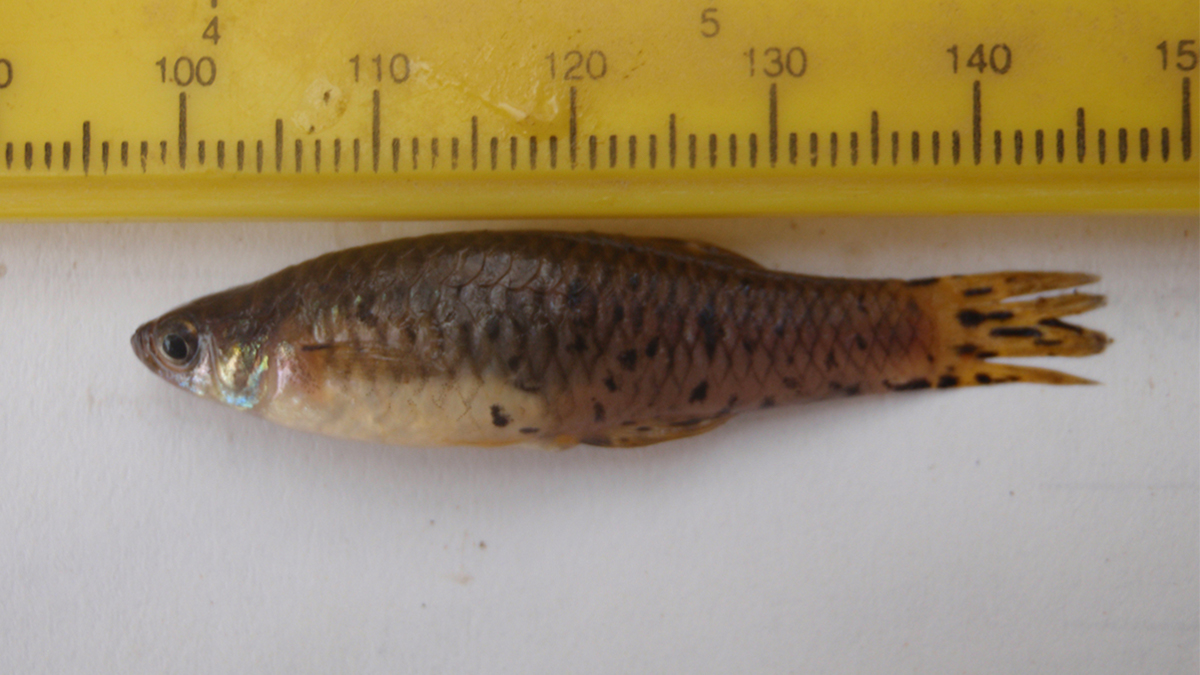 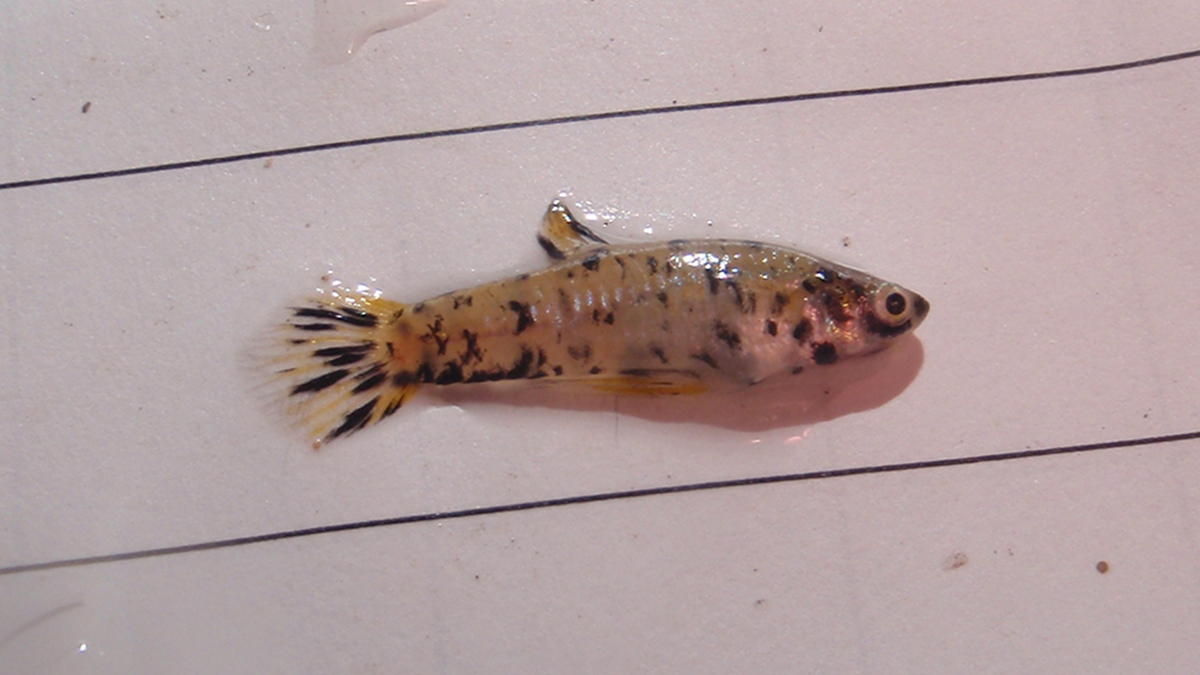 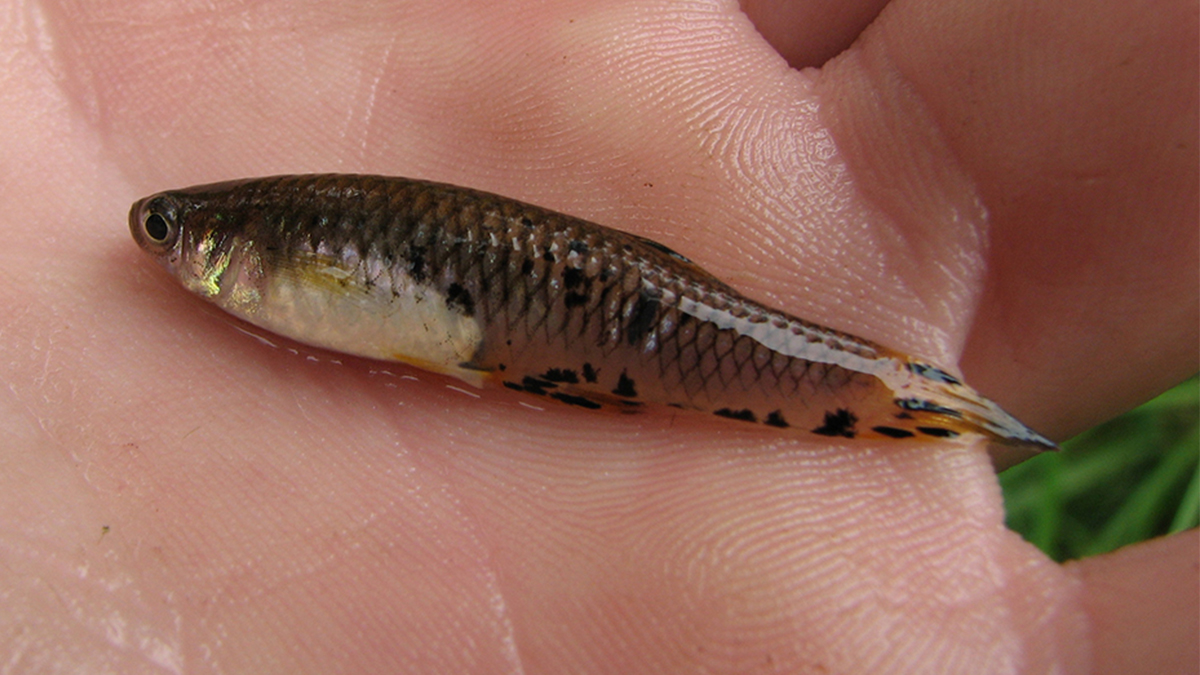 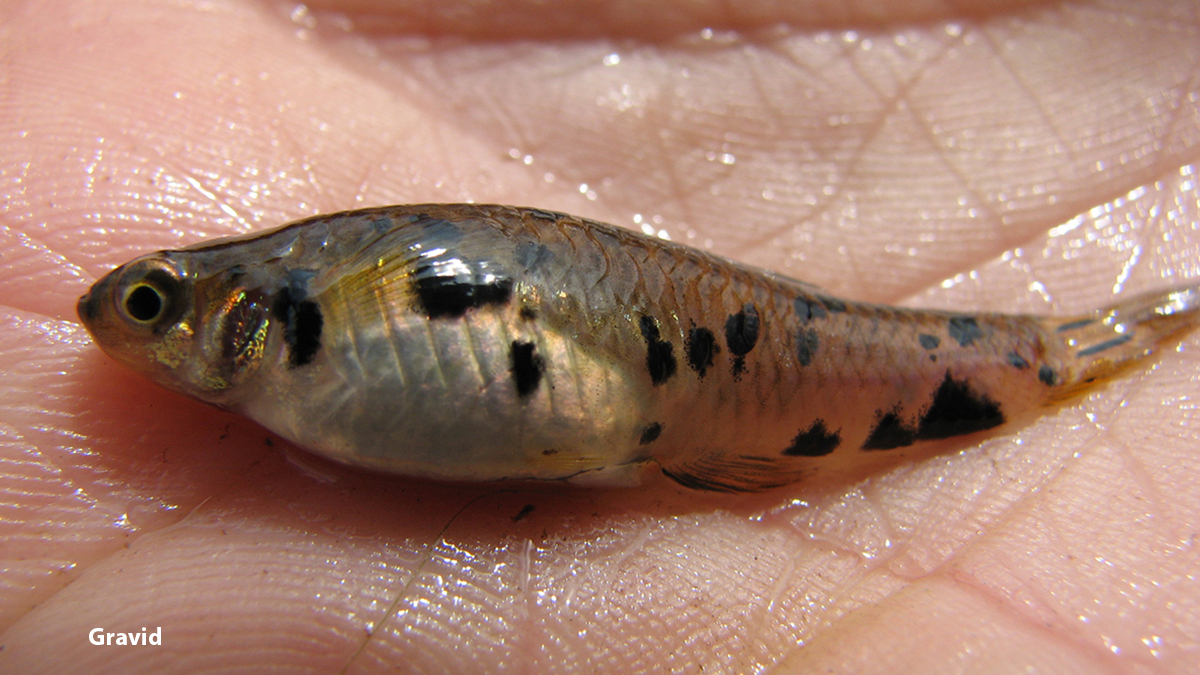 They are native to South America, but introduced to Perth waters via the aquarium industry at least 50 years ago (Maddern 2008).  They have a well-established population in Swan and Canning rivers in south-western Australia, however are otherwise not common as an introduced species worldwide.

Matures at a small size (~18 mm) and bears live young (hence the name). The female produces multiple broods of up to 80 offspring over an extended breeding season.

They are omnivorous, feeding on plant material, detritus and small aquatic invertebrates.

Exotic species established in some systems around Perth for many years. Poses a threat to native fishes and frogs through predation and competition for food. However, they are not as aggressive as the eastern gambusia and have displaced that species in at least one system probably due to its ability to consume a wider variety of food items and its reproductive potential.