As this was the first time this site had been sampled using SWIRC methods, the species expected to occur here (listed below) are based on species reported from studies conducted elsewhere in the catchment. As differences in habitat within a reach naturally influence species distributions, and variability in methods between sampling programs can affect the species caught, so this list is only indicative.

2 native fish species and 1 species of exotic crayfish were recorded at the Robinson Road HRP site in 2021, see Table 1, below, for details. 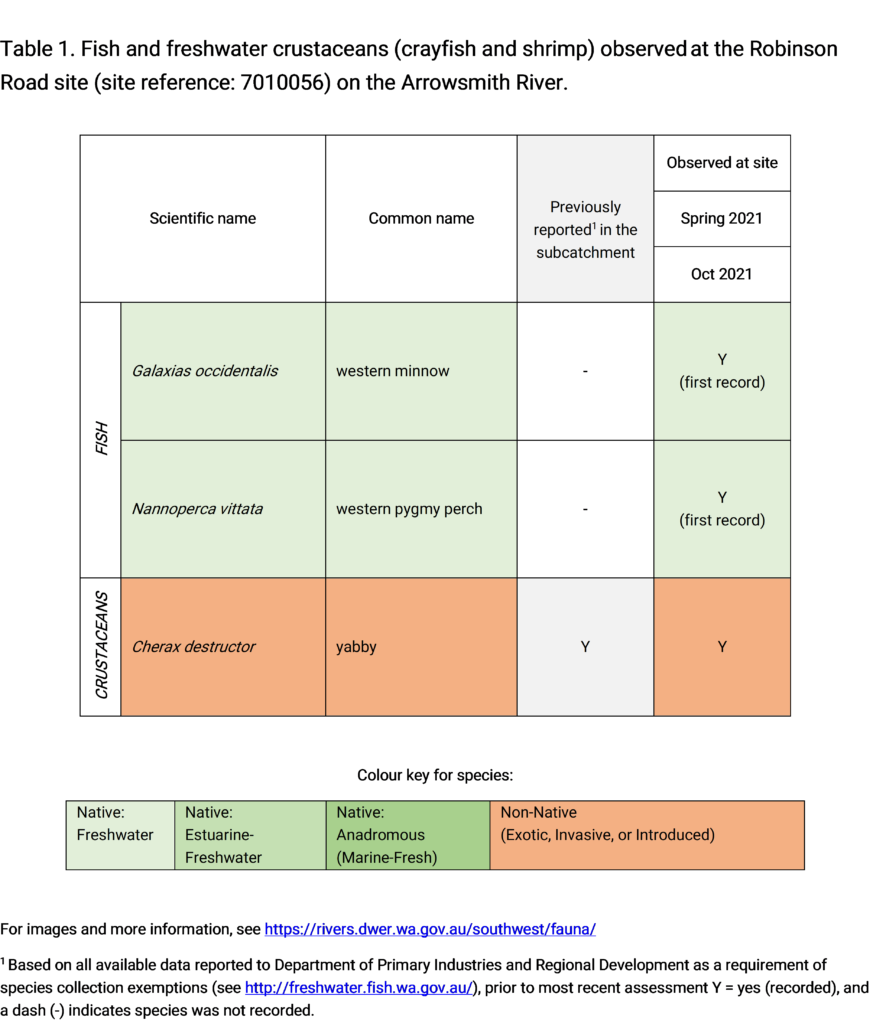