The condition of the Serpentine Downstream Peel Main Drain site (MR83SERP1), was assessed between 13 and 14 November 2017, over a 100-m length of stream. This site is situated in the lower catchment of the Serpentine River.

An online condition summary for this site has not been prepared. Please contact the department’s River Science team for site information, and see below for links to information on some of the species found at the site, and some images taken in 2017.

As this was the first time this site had been sampled using SWIRC methods, the species expected to occur here (listed below) are based on species reported from studies conducted elsewhere in the catchment.  As differences in habitat within a reach naturally influence species distributions, and variability in methods between sampling programs can affect the species caught, so this list is only indicative.

8 fish species and 4 species of crustacean were found at this site in 2017, including 8 native species and 4 exotic species, see Table 1, below, for details. 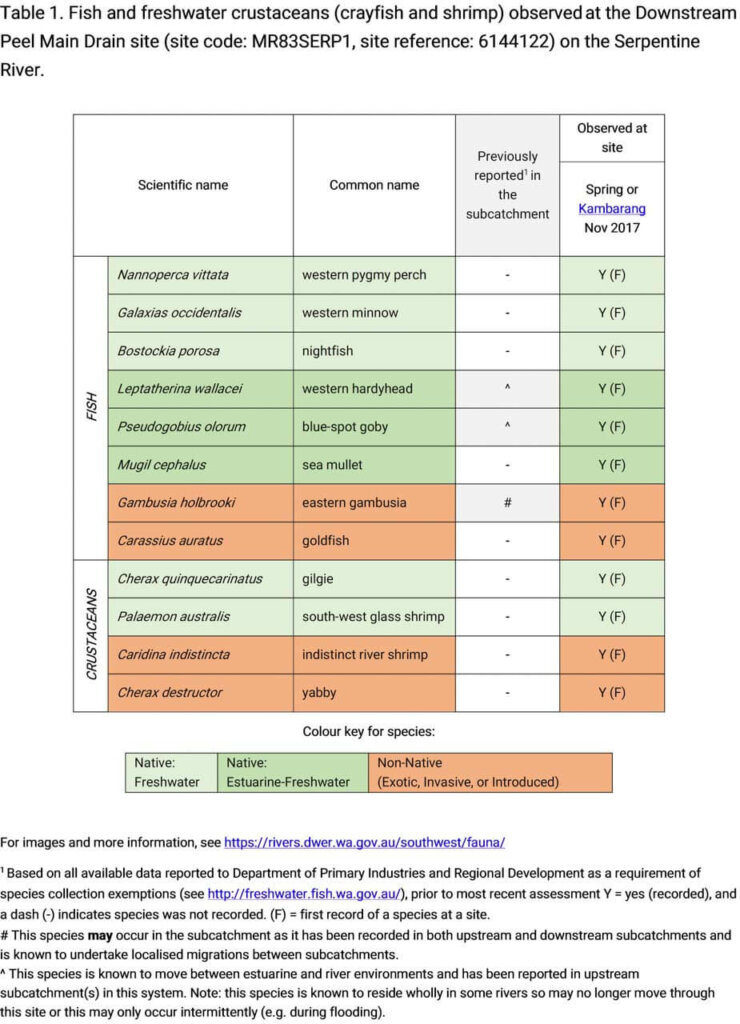 One western long-necked turtle (Chelodina colliei) were also caught at this site.